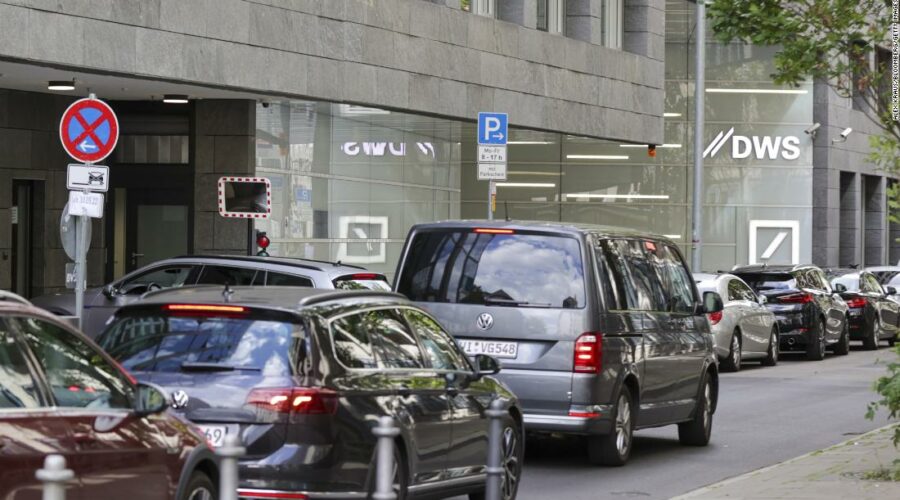 FrankfurtThe chief executive of top German asset manager DWS will step down next week, he said on Wednesday, a day after raids by prosecutors over allegations that the company misled investors about “green” investments.

The raids and the departure of DWS CEO Asoka Woehrmann mark another setback for Deutsche Bank (DB), DWS’s majority owner, which has been trying to move on from regulatory breaches, including money laundering and securities mis-selling, leading to billions in fines.
DWS has been dogged by the accusations for months, prompting German prosecutors to conduct the raids on DWS and the headquarters of Deutsche Bank on Tuesday.

German officials have been investigating reports and a whistleblower’s allegations that DWS had exaggerated the green credentials of investments it sold — a practice known as greenwashing. DWS has repeatedly denied that it misled investors.

Woehrmann, told employees in a memo that it was a joy to see DWS flourish but that “allegations…, however unfounded or undefendable, have left a mark.”

“To quote Charles Dickens: it was the best of times, it was the worst of times,” he said in the memo, which was seen by Reuters.
Deutsche Bank, which retained majority ownership of DWS after its initial public offering, has marketed itself as bank companies can turn to as they seek a greener future.

On Tuesday, German prosecutors said that “sufficient factual evidence has emerged” to show that environmental, social and governance (ESG) factors were taken into account in a minority of investments “but were not taken into account at all in a large number of investments,” contrary to statements in DWS fund sales prospectuses.
The US Securities and Exchange Commission and German financial watchdog BaFin last year launched separate investigations into the whistleblower’s allegations. The whistleblower, a former head of sustainability at DWS, had said that the company overstated how it used sustainable investing criteria to manage investments. 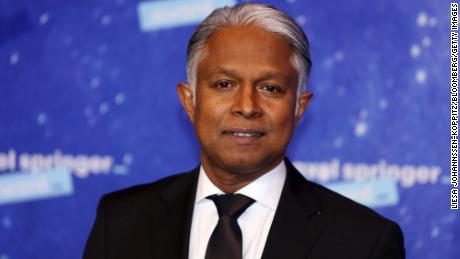 Shares in DWS have slumped 26% since the SEC and BaFin investigations were made public in August last year. They were down about 7% on Wednesday.
The accusations show “greenwashing is not a trivial offense,” said Magdalena Senn of the German consumer advocacy group Finanzwende.
“The raid and the resignation will have a signal effect for other asset managers,” she said.
Credit Suisse analysts said Woehrmann’s departure was a disappointment because he successfully implemented reform and turnaround at DWS.
“We see the change of leadership heralding a period of uncertainty for DWS’ strategy — and could even raise questions over its future as an independent asset management company,” Credit Suisse said.
DWS and Deutsche Bank on Tuesday said that the asset manager had cooperated with regulators and authorities in the past and would continue to do so.

Woehrmann has been under pressure on multiple fronts since the greenwashing allegations broke.
Deutsche Bank conducted an internal investigation into Woehrmann’s possible private email usage for business purposes, and the European Central Bank also looked into corporate governance issues surrounding him.
He has also received threatening letters, including one in December with red crosshairs, white powder and a racial slur.
When asked about the allegations in a DWS earnings call with analysts, Woehrmann said he emphatically rejected all the allegations.
Deutsche Bank CEO Christian Sewing publicly backed Woehrmann in January, saying he had done a wonderful job.
Stefan Hoops, who has been overseeing Deutsche Bank’s corporate banking division since 2019, will replace Woehrmann from June 10, the bank said.

Hoops has not been involved in asset management over the past two decades, though Deutsche Bank said he was “a proven capital markets specialist.”
Woehrmann’s resignation takes effect on June 9, the day of its annual general meeting.
Source: Read Full Article