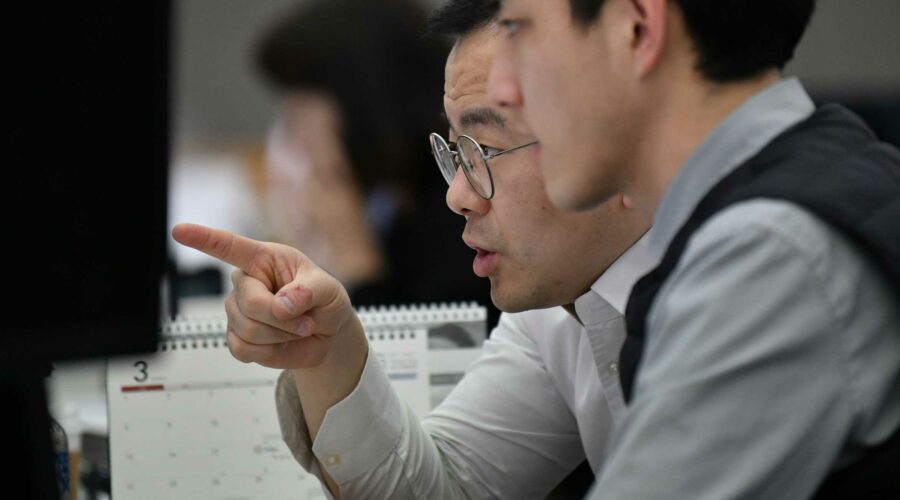 SINGAPORE — Shares in Asia-Pacific were mixed in Thursday trade as investors reacted to the Bank of Korea's rate decision.

The Bank of Korea raised its policy rate by 25 basis points to 1%, a move that was largely expected by analysts in a Reuters poll.

Following the decision, the Korean won traded 1,190.29 per dollar, weaker than levels around 1185 seen against the greenback yesterday.

The South Korean central bank's decision followed a similar move by the Reserve Bank of New Zealand on Wednesday.

Goldman Sachs says now's the time to buy these 7 stocks

The U.S. dollar index, which tracks the greenback against a basket of its peers, was at 96.765 following its climb from levels below 96.5 earlier in the week.

The Japanese yen traded at 115.38 per dollar, weaker than levels below 114.5 seen against the greenback earlier this week. The Australian dollar was at $0.7203, still off levels above $0.724 seen earlier in the trading week.

Oil prices were higher in the morning of Asia trading hours, with international benchmark Brent crude futures up 0.27% to $82.47 per barrel. U.S. crude futures gained 0.24% to $78.58 per barrel.