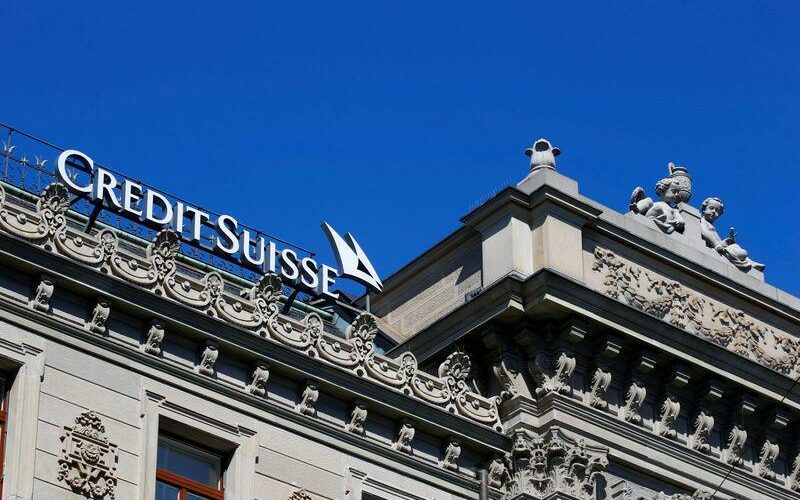 ZURICH/NEW YORK (Reuters) – Wall Street counted the cost of the Archegos Capital meltdown on Tuesday, with pressure mounting on Credit Suisse and regulators stepping up scrutiny of the fallout from banks’ unwinding the New York fund’s positions.

Archegos, a $10 billion single family office run by former Tiger Asia manager Bill Hwang, defaulted on margin calls by its banks. Its unwinding may result in those global lenders losing more than $6 billion, sources familiar with trades have told Reuters.

JPMorgan analysts, including Kian Abouhossein, estimated on Tuesday that the banks’ losses could potentially reach $10 billion, “well beyond normal unwinding scenario for the industry.” They added that they expected full disclosure by the end of the week from Credit Suisse, which on Monday warned of a significant hit.

Credit Suisse’s shares fell another 3% on Tuesday and have slumped 16% so far this week, while shares of most other major European and U.S. banks bounced back from Monday’s battering.

As the series of events that led Archegos’ brokers to liquidate the fund’s positions became clearer on Tuesday, regulatory scrutiny of the episode intensified.

U.S. and British regulators have been in discussions with market players, including broker-dealers, to determine the full extent of the fallout from the default on Archegos’ equity swap positions, a separate source briefed on the talks said.

The U.S. Securities and Exchange Commission and the Financial Industry Regulatory Authority (FINRA) have held meetings with the industry to understand the impact on firms and their customers, ascertain the credit risks and encourage dealers to check for further exposure, the source said.

Britain’s Financial Conduct Authority has also been involved in some of the calls with market players, the source said.

“The fallout from Archegos Capital’s margin call appears to be contained but the regulatory scrutiny will not go away anytime soon,” wrote Edward Moya, senior market analyst atOANDA, in New York. “Every prime brokerage is looking at their books and could start pressuring family offices or hedge funds to bring down the leverage they are using.”

Last Thursday, Archegos’ brokers discussed trying to limit the impact of unwinding the firm’s positions, two sources close to the matter confirmed to Reuters. However, no agreement was reached on how to do that and Goldman Sachs sold a large block of $3 billion-$4 billion worth of stock before the market opened on Friday in a trade Archegos agreed to, one of the sources said.

Archegos did not immediately respond to a request for comment.

Moya said policymakers would likely seek assurances that banks would not coordinate with other brokerages on client trades, which could breach antitrust laws, according to lawyers.

“We would expect regulators will look carefully into this event and would not be surprised if there were some changes especially in light of the new administration,” banking analyst Vivek Juneja of JPMorgan wrote in a note on Tuesday.

Credit Suisse and Japan’s Nomura are set to bear the brunt of the bank losses, according to statements from the banks and sources, one of whom said Credit Suisse could lose as much as $4 billion. The bank has declined to comment on the size of its losses.

Credit rating agency Standard & Poor’s on Tuesday revised its outlook for Credit Suisse to “negative” from “stable” on concerns about the group’s risk management.

Investors are likely to question why Credit Suisse appears to have suffered larger losses on Archegos than some of the fund’s other brokers.

The brokerage arm of Japan’s Mitsubishi UFJ Financial Group on Tuesday also flagged potential losses of around $300 million at its European subsidiary related to a U.S. client. It declined to comment on whether that client was Archegos.

Wells Fargo shares were up 2.5% on Tuesday after the company confirmed speculation that it had also provided brokerage services to Archegos, but said it “did not experience losses related to closing out our exposure.”

Several analysts on Tuesday flagged that Credit Suisse’s share buy-back program and dividend may be at risk as a result of the scandal.

“We believe Credit Suisse will need to suspend its share buy-back while in the longer term we believe it will lead to it reassessing the way it takes and manages risk.”

One Credit Suisse debt investor said the bank was unlikely to be able to restore its share buy-back program before 2023.

The bank is also likely to face regulatory demands for a larger capital buffer and incur higher borrowing costs, the investor said, adding that Credit Suisse may consider shrinking its private banking operations.

Other major banks have said they do not expect a major impact from the downfall of Archegos, with Deutsche Bank saying on Monday it had not incurred losses after “de-risking” its Archegos exposure.

Goldman and Morgan Stanley were quick to offload shares on Friday, averting a material financial impact, sources familiar with their trades said.