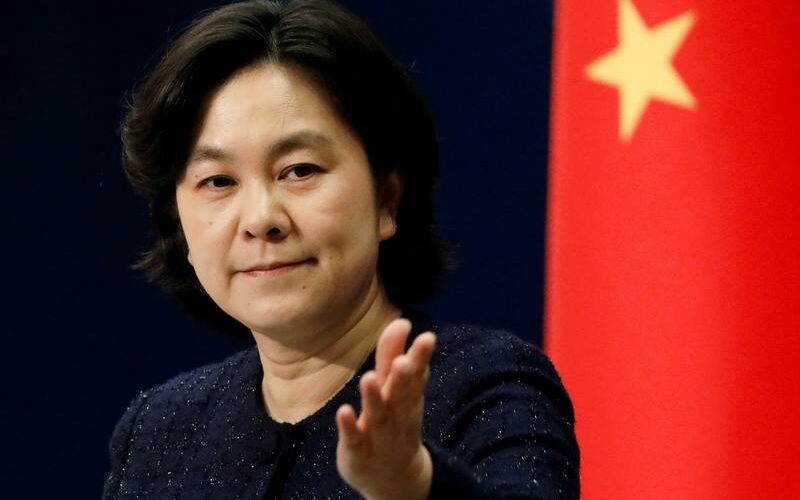 BEIJING (Reuters) – China struck an optimistic tone toward President Joe Biden’s new administration on Thursday, saying “kind angels can triumph over evil forces” and playing down early irritants as the result of an atmosphere poisoned by Donald Trump’s term in office.

Bilateral relations worsened dramatically during Trump’s tenure. Biden, who took office on Wednesday, is expected to maintain pressure on Beijing but with a more traditional and multilateral approach.

“I believe if both countries put in the effort, the kind angels can triumph over evil forces,” she told a daily briefing on Thursday, using a phrase that was embraced by state media.

Taiwan’s de facto ambassador to Washington attended Biden’s inauguration with an official invitation, a first that indicated that the new president’s administration would continue with Trump’s increased support for the democratic island that Beijing claims as part of China.

Also on Wednesday, the new Biden administration criticized China’s move to impose sanctions on former Trump administration officials including Pompeo – minutes after Biden was sworn in – as “unproductive and cynical”.

Asked about both, Hua defended the sanctions and reaffirmed China’s opposition to any official contact between the United States and Taiwan. She said China would fight back against any moves that undermine its sovereignty or interests.

But Hua, who said she had watched the inauguration on CNN, also repeatedly urged cooperation and understanding.

“President Biden also mentioned in his inauguration speech that Americans have much to heal, much to restore. This is exactly what China-U.S. relations need,” she said.

Many commenting on Chinese social media on Thursday said they hoped that Biden’s inauguration would signal an improvement in bilateral ties. Others were less optimistic, fearing Trump’s tough stance on China would persist into the new administration.

“No matter how well China does they always look at Chinese people with bias. So even though Biden beat Trump, it will still have the same effect,” Liu Rui, 32, told Reuters on the streets on Beijing on Thursday.

Some lamented Trump’s exit, saying the sparring between the two countries had helped advance China’s agenda.

“I actually wish Trump could continue his presidency,” said a 78-year-old man with the surname Liu. “Why? So that it will be easier for China to surpass the United States”