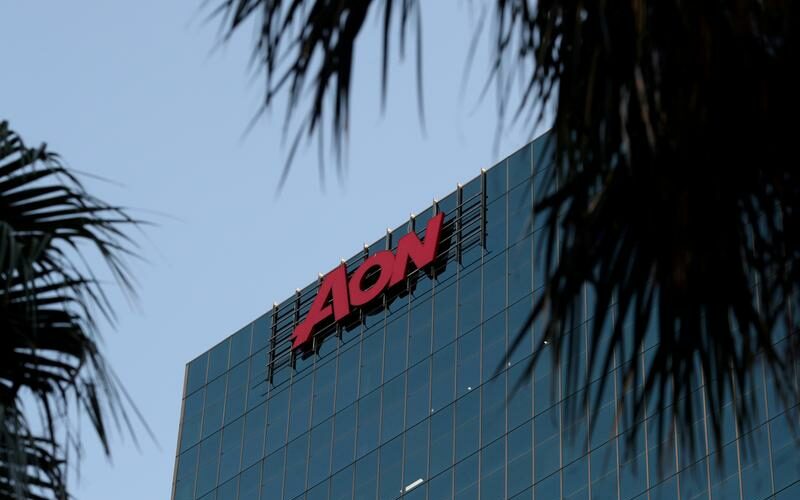 FILE PHOTO: An office building with the Aon logo is seen amid the easing of the coronavirus disease (COVID-19) restrictions in the Central Business District of Sydney, Australia, June 3, 2020. REUTERS/Loren Elliott/File Photo

The deal will put London-headquartered Aon ahead of the world’s largest insurance broker Marsh & McLennan Companies Inc and comes as insurers struggle with rising claims and new challenges brought on by the COVID-19 pandemic and climate change.

The European Commission said the asset sales will make Arthur J. Gallagher a credible rival to the combined company.

“The commitments will strengthen Gallagher in its capabilities in reinsurance and commercial risk brokerage and improve its footprint in the European Economic Area,” the EU competition enforcer said in a statement.

Reuters had exclusively reported on April 28 that the Commission would give conditional approval to the deal.

Aon and Willis cautioned in a joint statement that the deal sill faces other regulatory approvals, including in the United States, where the antitrust regulators sued last month to block the combination.

On June 16, the U.S. Justice Department filed a lawsuit aimed at stopping Aon’s acquisition of Willis, saying it would reduce competition and could lead to higher prices.