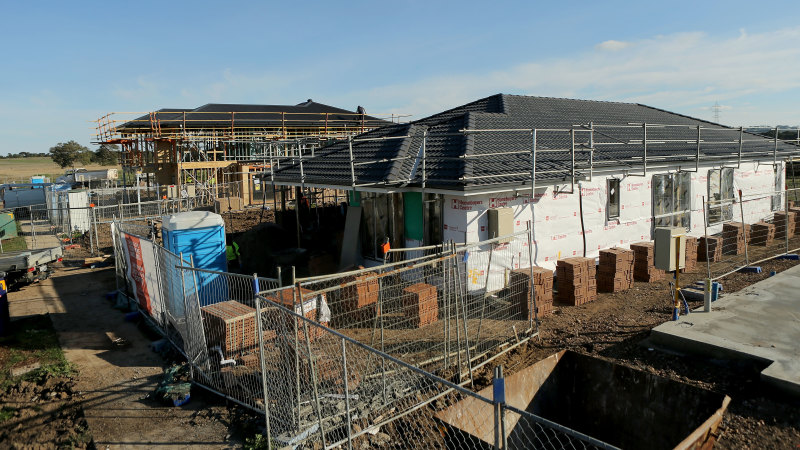 ANZ Bank economists say regulators could intervene to curb lending to the most highly-geared home buyers later this year, in an effort to stop the housing market from overheating.

The prediction comes as the country’s top financial regulators on Wednesday signalled they were watching the housing and mortgage markets closely, and would respond to any deterioration in lending standards.

With cheap credit fuelling the fastest growth in house prices since 2003 and a mortgage lending surge, a key debate in financial markets is whether regulators will put the brakes on the market, as occurred in 2014 and 2017. 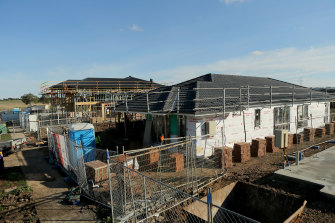 With house prices rising, regulators say they will closely watch for any loosening in lending standards.Credit:Fairfax Media

While some experts believe authorities will refrain from intervening until next year, ANZ Bank economist Felicity Emmett on Wednesday predicted such “macroprudential” policies were coming later in 2021, as she also said there were “upside risks” to the bank’s 10 per cent house price growth forecast for 2021.

Ms Emmett acknowledged lending restrictions were still “a way off” in Australia, saying the last thing the RBA wanted was to derail the recovery in housing and the wider economy. Even so, she said house price growth and credit growth were likely to accelerate in the months ahead, and there had already been an increase in some types of higher-risk lending.

She said there would be “risks growing that the housing market will be showing signs of overheating” by the second half of the year, prompting a regulatory response.

“We expect macroprudential restrictions will be introduced in Australia later this year. A soft touch approach from the regulator is likely in the first instance, followed by harder limits, most likely targeted at high debt-to-income loans,” Ms Emmett said in a note.

The comments come after Reserve Bank governor Philip Lowe this week said lending standards must remain sound “in an environment of rising housing prices and low interest rates,” after the RBA kept interest rates on hold at 0.1 per cent.

On Wednesday the Council of Financial Regulators, which is made up of the RBA, Australian Prudential Regulation Authority (APRA), the Australian Securities and Investments Commission (ASIC) and the federal Treasury, reiterated it would keep a close eye on lending standards.

“The council places a high emphasis on lending standards remaining sound, particularly in an environment of rising housing prices and low interest rates. It will continue to closely monitor developments and consider possible responses should lending standards deteriorate and financial risks increase,” it said on Wednesday.

When APRA last put the brakes on housing, it targeted property investors, who were behind much of the surge. This time, however, the housing growth spurt has been fuelled by owner-occupiers.

Ms Emmet said there had been a gradual increase in higher-risk loans with loan to valuation ratios (LVRs) above 90 per cent, and a further deterioration “seems inevitable in the current climate”.

She noted regulators had in the past been reluctant to limit high LVR loans because these tend to be used most by first home buyers. Instead, she said the next wave of “macroprudential” policies could aim to curb lending at high debt-to-income (DTI) ratio, with loans with a DTI above six times.

Other banks have also predicted some form of macroprudential policy will be needed, but at a later date than that predicted by ANZ.

Westpac senior economist Matthew Hassan said he thought macroprudential policies might be introduced in the second half of 2022, saying the RBA’s focus would remain on the recovery from the COVID-19 crisis for this year. “They won’t want to do anything that might derail the economy until we are really clear of that,” Mr Hassan said.