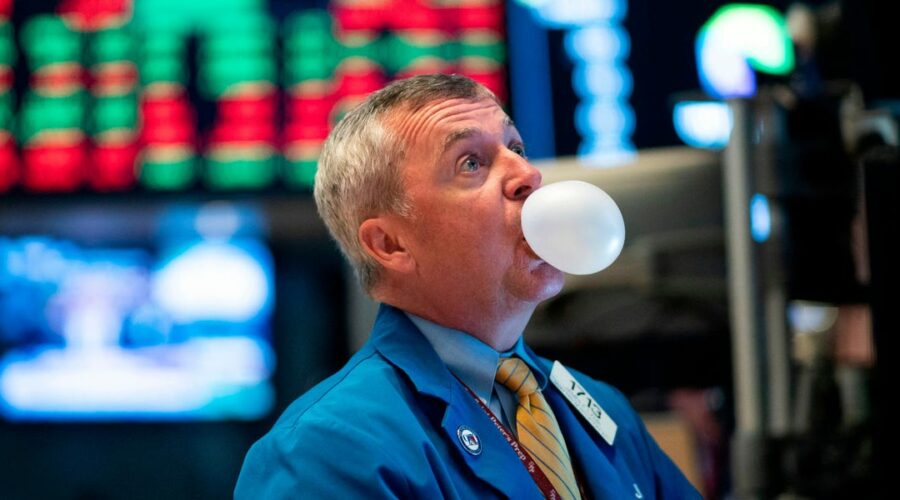 Speculative bubbles that have been brewing in the markets for months are finally starting to burst.

SPAC momentum is lagging, with the number of companies going public falling by more than 80% from March to April. The retail trading boom is slowing, with US retail trading volumes down 26% in April compared to the previous month, and equity baskets of retail favorite stocks starting to underperform.

That doesn’t mean all bubbles will be bursting straight away.

John Bennett, director of European equities at Janus Henderson, has an eye for spotting bubbly behavior.

Bennett refused to invest in German payments company Wirecard for a decade after one meeting with their executive team. He eventually managed to take out a short position against the company after several attempts to find anyone who would lend him Wirecard stock.

“I said, ‘No way do we put money into that,'” Bennett said. “And I was just amazed at the stock market. I felt so stupid for 10 years that it was allegedly a star because you only had to have one meeting with the people and you knew what you were dealing with.”

Wirecard imploded in June, 2020, after Financial Times investigations and audits found the firm to be significantly overestimating or making up payments received by third-party companies.

Looking ahead, most bubbles are starting to deflate, but Bennett remains worried about two that could be in the market for some time. Both center on the topic of ESG.

The food delivery space could be the next Wirecard, Bennett said, not for any crimes committed by companies, but in the sense that they may be a spoof.

“I think the whole food delivery space could astound people by saying, ‘oh my goodness, oh, that was built on nothing,” Bennett said.

The behavior of companies such as Just Eat, Delivery Hero, and Uber Eats, indicate to Bennett that this could be a zero sum game.

“There’s actually no money in it for the shareholder,” Bennett said.

Bennett is also watching a pattern where capital is flowing in for deals in an already noisy sector. European companies are making acquisitions in the Middle East, such as Iraq and Istanbul.

“What possible value is a European company going to add in Baghdad for delivery?” Bennett said. “That is where your own instinct comes in.”

The industry is sucking in a lot of capital to not get a high value-add based on the value chain and margin structure, Bennett said. While stay-at-home mandates boosted food delivery revenues for companies like Uber, the industry has historically struggled to churn profits.

Bennett sees a space race focused on getting bigger market share than its competitors.

“I think an awful lot of money is going to be smoked in that sector,” Bennett said. And that is before the companies address the many ESG challenges they are faced with, he added.

The investment industry as a whole isn’t doing much better in addressing ESG, according to Bennett.

Inflows to ESG investment funds have been surging over the last year. A report from Bank of America on May 4 showed that there have been $95 billion of net new global ESG equity fund inflows year-to-date, which is up 200% year-over-year. 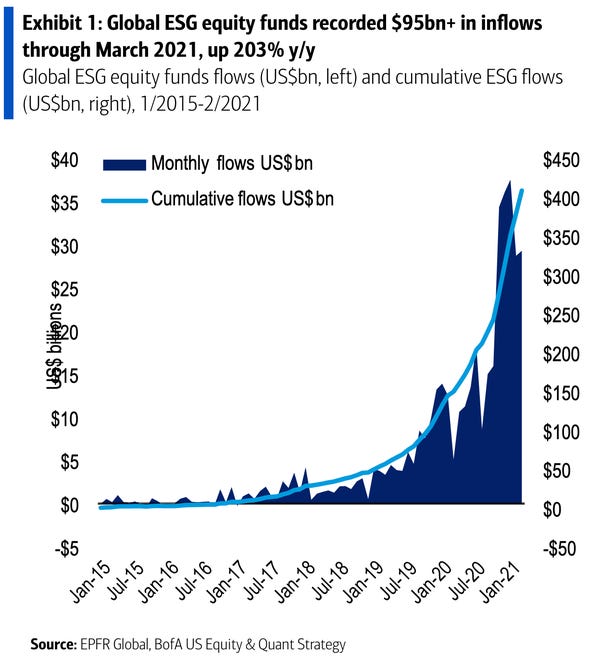 “ESG is a bonanza that I think is going to continue,” Bennett said. “I think it’s still quite early in terms of asset gathering, asset inflows. I think that’s still a long way to go [but] I think it’s going to disappoint.”

While the flows have prompted Bennett and others to call ESG a bubble, big Wall Street firms from BlackRock to Fidelity continue to invest in the opportunities they see in the space.

Bennett doesn’t see how the majority of ESG funds, which use exclusion strategies, do a better job than existing traditional funds.

“I don’t think an ESG fund is going to make a bigger difference to the environment than my funds nor the social nor the governance,” Bennett said. “But it’s a great way for the asset management industry to badge funds … put five green stars on it and a halo and say, ‘give us your assets.'”

“Now, that’s going on, and I think it’ll be a gigantic misallocation of capital.”

Instead, investors should be more active and engaged in shaping businesses they have invested in with an ESG lens, Bennett said.

“Let’s deliver it to the market in the most sustainable possible way rather than exclude it,” Bennett said. “A lot of these funds are going for ESG by exclusion.”

Despite managing a traditional set of funds, two of Bennett’s favorite stock picks across the portfolios are both strong ESG plays.

The French-Swiss cement company Holcim is one of Bennett’s biggest investments.

Although cement companies are incredibly carbon intensive, Bennett sees Holcim becoming the world leader in the decarbonization of cement.

“You ain’t gonna build all those bridges and hospitals and schools and prisons, motorways flyovers without cement,” Bennett said.

Bennett believes it’s best to be an active investor and wants to work with Holcim to make progress toward decarbonization.

“Basically [Holcim] is an undervalued stream of cash flow that is on the way to being the world leader in the decarbonisation of a much, much needed commodity called cement,” Bennett said.

Signify is a smart lighting-focused company based in the Netherlands.

The stock has already done well for Bennett’s team but he thinks it still has at least another 50% upside to go.

Signify also has a hidden ESG angle to it, Bennett said. Smart lighting will be essential for achieving environmentally friendly lighting systems from smart office spaces to horticulture and vertical farming projects.

As the economy starts to re-open, inflation is expected to rise temporarily. As part of the interview with Insider, Bennett highlighted that higher inflation could bring a major regime shift from growth to value.

In this case technology stocks and high growth stocks will take a hit.

“If you look at ESG funds, they are full of tech stocks, overpriced tech stocks,” Bennett said. “Investors are going to be disappointed.”

Many of the value stocks that will benefit from the economy reopening might not tick all the ESG boxes immediately, but it doesn’t mean they should be excluded.

“If they do have a credible plan and programme to decarbonize, then allocate capital to them,” Bennett said.