Staff at one of AMP's businesses were asked if customers represented a "media threat" as they were reviewing whether clients had received unsuitable financial advice and may be eligible for compensation.

As AMP and other wealth managers face a backlog of customer disputes, the Herald and The Age  have obtained an internal document from 2015, which was used by staff who were reviewing past advice given at an AMP-owned business, ipac. 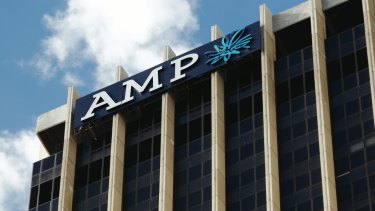 AMP said its current process did not include a question on whether a customer was a media risk.Credit:Bloomberg

The document is a type of checklist for staff conducting the reviews, including questions such as whether the advice was suitable, and whether compensation may be required. One other question that the document asks staff to answer is: "Is there any risk of a media threat that the client has indicated?".

If the answer is yes, the staff member reviewing the file was asked to provide details on the potential "media threat."

AMP said the question had no bearing on how customers were treated. But the customer whose advice was being reviewed in this case said they were concerned it implied the queue for potential compensation had been affected by AMP's desire to protect its reputation.

“If you’re not a media risk, it seems to me you’re effectively just told you’re just on the backburner,” said the customer, who is in a long-running dispute with AMP over past advice and did not want to be named for fear of retribution.

An AMP spokeswoman said whether customers complained in the media had no influence on their entitlement to compensation.

"We take all customer complaints very seriously and have a rigorous process to investigate them and remediate where appropriate. Whether a complaint is raised via the media or not has no bearing on the remediation to which a customer may be entitled," a spokeswoman said.

"There is nothing in our process today that involves the use of a checklist or includes a question relating to media risk. Our staff members do inform the Public Affairs team if a customer threatens to go to the media so that we can be prepared with a response should the complaint be made public. This would be standard practice across most large companies," the spokeswoman said.

The customer said the document was provided to them by AMP last year, seemingly by error. They said that when they first raised this issue of the "media threat" with AMP, the company denied the document existed.

Former NSW Nationals Senator John Williams, who while in office was a leading force behind the push for a banking royal commission, said whether a customer was a media threat must not “enter the equation” when companies were dealing with  complaints or potential compensation. “That should not alter their attitude to cleaning up the mess,” he said.

The banking royal commission last year highlighted how sensitive financial services businesses are to negative publicity, including one case where the Commonwealth Bank improved its offer after a customer threatened to go to the media. The commission was also shown an internal IOOF document that said the company should consider a “how would this look on the front page of The Age test.”

Several banks confirmed their public relations staff were informed if a customer threatened to go to the media.

Spokesmen for CBA and ANZ Bank said the banks did not assess if a customer was a media risk when looking at complaints. The two other major banks did not answer this question directly.

Westpac said it had made complaint-handling a higher priority in recent years, and its staff were guided by principles to be "fair and objective" when dealing with disputes.

National Australia Bank said: “NAB takes every complaint seriously and is committed to acting consistently and fairly towards customers.”