Frontier Airlines CEO Barry Biffle argues American consumers are not worried about the omicron variant ahead of holiday travel.

It will soon fall to Robert Isom, a longtime American Airlines Group Inc. executive, to chart a new course for the world’s largest airline.

Mr. Isom will take the reins at American as CEO on March 31 after Doug Parker, who pieced American together through blockbuster deals to form the world’s largest airline by traffic, retires. Mr. Parker will remain chairman of American’s board.

Mr. Isom will have to address a number of problems. The airline’s operation, which he oversaw, has lagged behind competitors in recent years. Relations with labor unions have been contentious. Before the pandemic, investors were growing restive as the airline’s share performance flagged.

The pandemic created new challenges. American already had more debt than rivals after refreshing its fleet, then piled on billions more to survive last year. And in its race to ramp back up and capture growing travel demand this year, American has stumbled at times, resulting in thousands of canceled flights, angering passengers and crews.

"Our expectations are high," Allied Pilots Association President Capt. Eric Ferguson said following the announcement of Mr. Isom’s new role. "American Airlines has consistently lagged behind the industry operationally and financially, and that underperformance must be corrected." 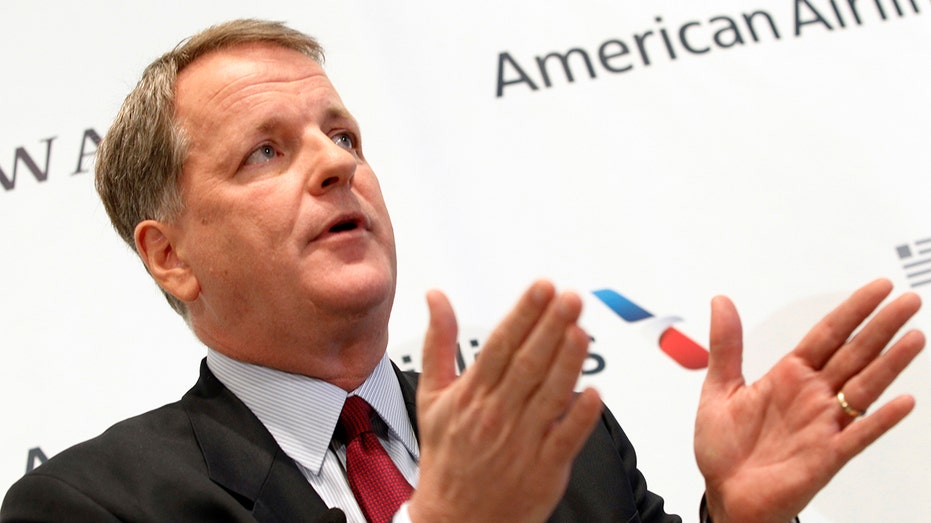 Mr. Isom has told employees that he isn’t looking to change the airline’s strategic direction, but will work to improve its operation and return the airline to profitability.

"This is no excuse. This is a management leadership issue. But I will say, the level of complexity that’s in the business today is unprecedented," Mr. Isom told pilots in a town hall shortly after his appointment was announced. "So I will ask for some patience, a little bit of understanding. It is our job to fix."

Industry observers have expected Mr. Isom would become CEO; the only question was when. Mr. Parker said the board has felt certain about Mr. Isom for years. "We didn’t feel the need to do a search," he said.

American’s shares have climbed 15.2% this year—more than many rivals—although airline stocks have been battered in recent weeks by concerns over the new Omicron variant of Covid-19.

In an interview earlier this month, Mr. Isom said American is positioned to thrive as demand returns. Despite major setbacks in the fall, American has run as well or better this year than it did before the pandemic in terms of delays and cancellations. The airline’s fleet of relatively young planes and a more domestic-focused network could give it a boost as rivals have also taken on more debt and faced their own struggles ramping up, analysts have said.

Still, the emergence of Omicron presents a fresh challenge. The surge in cases has muted demand for lucrative trans-Atlantic travel, and could further delay a long-awaited recovery in business travel as major companies put off bringing employees back to offices. The situation has also strained airline staffing, and carriers canceled hundreds of flights over the Christmas holiday weekend.

Analysts expect next year to be another tough one as the industry grapples with staffing constraints that could curtail expansion and airplane delivery delays. American said earlier this month it would have to trim international flying next summer because of Boeing Co. delays in delivering new 787 Dreamliners, which American has been counting on after retiring many other wide-body jets.

Mr. Isom cited those frustrations and other product-supply shortages in his discussion with pilots: "We talk about aircraft—when ever have I not been able to count on suppliers to do their jobs? When have we not been able to procure pillows and blankets or you know, plastic cups?" 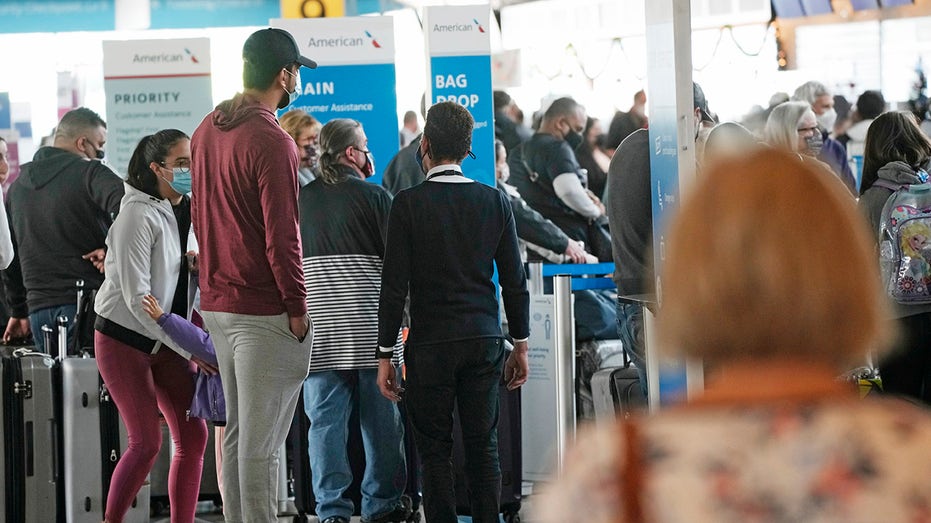 Mr. Isom has been a core member of the tightknit group of executives who lead American. He played a key role in the airline’s strategic decisions in recent years: helping engineer partnerships with Alaska Air Group Inc. and JetBlue Airways Corp. that American says will help fill out its network, for example.

After getting an M.B.A. at the University of Michigan, he worked for Mr. Parker as a financial planner at Northwest Airlines and went with him to America West in 1995. Richard Anderson, who became Northwest’s chief executive, recruited Mr. Isom to return to Northwest five years later, betting that his structured way of thinking—like the mechanical engineering major he was at the University of Notre Dame—would make Mr. Isom a good fit for the job running Northwest’s large operation in Tokyo and later overseeing customer service operations.

While Mr. Isom hasn’t displayed the swagger of some other airline executives, he brings both commercial and operational expertise, Mr. Anderson said.

"That big personality piece isn’t him," but that can be an advantage, Mr. Anderson said. "He was always really good in the [employee] break rooms. That’s always a good test."

After Mr. Parker engineered a merger between America West and US Airways, he called on Mr. Isom to help turn operations around at the newly combined carrier. The two airlines’ systems weren’t fully integrated, and employees were struggling with two sets of procedures.

Peter Crist, an executive recruiter who has known Mr. Isom for decades, recalled receiving an 11 p.m. call from Mr. Isom not long after he became US Airways’ chief operating officer. A snowstorm had shut down East Coast flights, and Mr. Isom had gone to the airline’s Philadelphia hub to help.

"I said, Robert, what are you doing? He said, ‘I’m in baggage claim. I’m trying to get this airport up and running," Mr. Crist recalled.

Investments in hiring management and airport workers, upgrading equipment and software, and other efforts paid off. US Airways had the worst on-time performance of any major airline in 2007. By 2008, it was among the best. 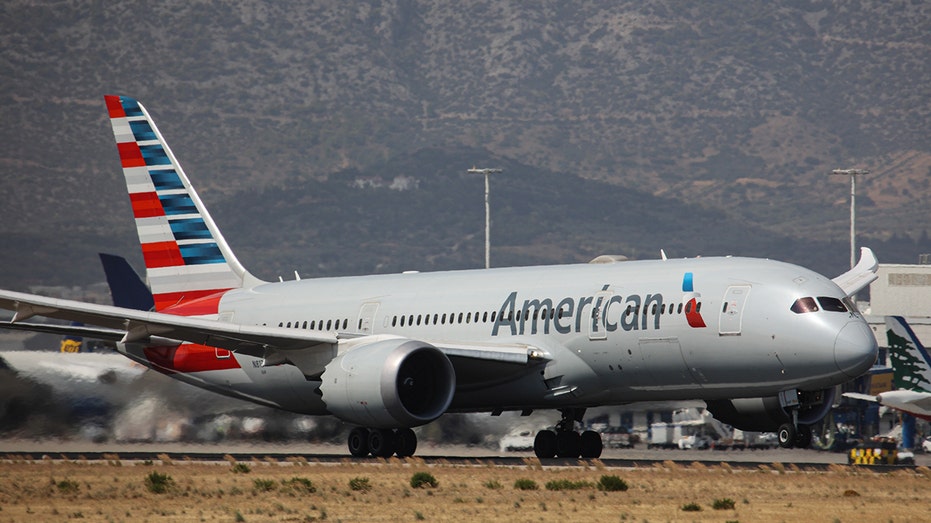 Among airline executives, Mr. Isom is known for drilling down into details. A metric known as d-zero—when flights push back from the gate exactly on time or early—became a rallying cry under Mr. Isom, though it is something American has struggled with at times.

Mr. Parker and Mr. Isom have made for a bit of a C-suite odd couple, by design. Mr. Parker helped remake the industry chasing transformative deals, but in a tribute video honoring him for a lifetime achievement award earlier this year, American executives ribbed him for his propensity to run late for important meetings and to lose things like his driver’s license, car keys, and iPad.

Kerry Philipovitch, who worked for Mr. Isom at American until 2019, recalled Mr. Parker and CFO Derek Kerr marveling at how early Mr. Isom arrived at a company event, pointing out his prime parking spot.

In personality tests American’s executives take, Mr. Parker said he registers as a conceptual thinker, so he has tried to balance that by surrounding himself with people like Mr. Isom, whose results have shown him to be more analytical and structured and who is skilled at putting processes in place and executing on plans.

"I come across probably as more laid back than I am. Robert comes across as more intense than he is," Mr. Parker said. "To the team, I know at times it’s like, how do these guys do this, they seem so different."