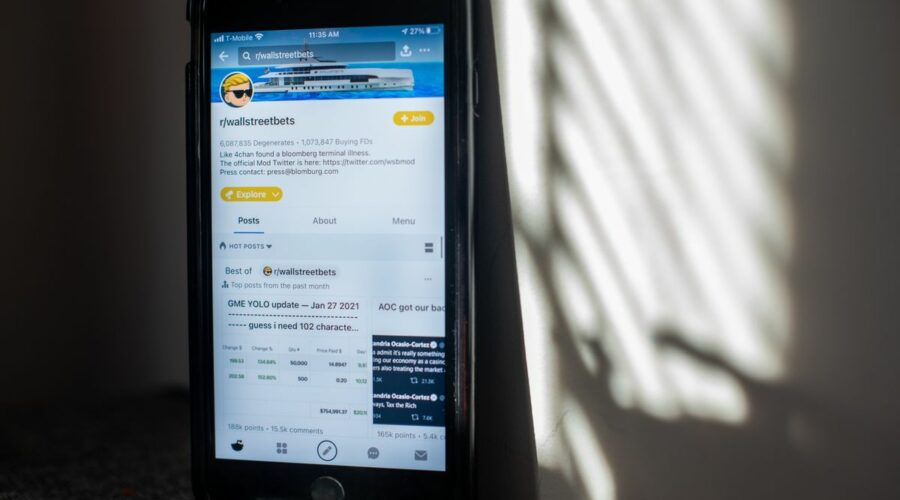 A hellish week for hedge funds will be remembered for how muchdamage Reddit traders caused by chasing a handful of the most-shorted names in the $43 trillion U.S. stock market.

But just why were the institutional pros forced todownsize their market exposures at the fastest pace since pandemic-spurred March rout?

One reason is that their risk models told them to.

As a flood of retail money sent stocks like GameStop Corp. and AMC Entertainment Holdings Inc. surging, the trading signals that guide how the smart money invest flashed red.

Known asValue at Risk, this crude but widely used metric showed just how vulnerable the equity long-short crowd was to losses based on historic price moves.

As day traders battled Wall Street, volatility doubled in 50 companies on the Russell 3000 last week. At the same time, hedge funds’ most-shorted stocks rallied so hard that they outperformed their favorite longs to a degree that’s rarely been seen before.

With institutional clients to worry about, the pros duly cut positions across the board — while retail investors, who are free from such constraints, charged on.

“When the risk models go haywire, you degross,” said Benn Dunn, who helps these managers monitor risk as president of Alpha Theory Advisors. “What the hedge funds are holding long, they have to get rid of to get their exposures down — to get their risk in line.”

According to Morgan Stanley’s prime brokerage, the drop in hedge funds’ exposure last Wednesday was historic, according to a rule of thumb for a normal distribution of statistical data.

At 11 standard deviations away from the mean in data going back to 2010, this deleveraging was the fastest since the onset of the pandemic in March — when there was the biggest move in a decade.

Value at risk, pioneered by JPMorgan Chase & Co. in the 1990s, tries to figure out the most a fund can lose in the vast majority of cases: like a maximum $50 million in a day, 95% of the time. While an individual might be free to stomach the risk of a large drawdown, hedge funds serving institutional clients like pensions are generally bound by a game plan that curbs extreme excesses.

The challenge last week for the smart money was that reliable trading patterns broke down. Let’s say a stock picker is short GameStop and long Peloton Interactive Inc. On most days, when both move in the same direction, one is a hedge for the other. Yet the former surged while the latter plummeted — a negative and costly co-movement.

“If you’re short one and long something else, and the correlation comes down, that actually sends your risk up,” said Melissa Brown, global head of applied research at Qontigo, which provides tools for analyzing risk.

On Wednesday, an exchange-traded fund tracking hedge-fund darlings (GVIP) moved seven standard deviations from the mean relative to a Goldman Sachs Group Inc. basket of Russell 3000 stocks with the highest short interest. Based on 250-day data, that lies outside the statistical norm.

Of course, that’s based on a normal distribution of data, which famously does not hold, especially in complex modern markets. But it offers a simplified illustration of how the retail crowd caused unprecedented volatility on the institutional cohort.

There are multiple interlinked drivers of deleveraging and the dust has yet to settle as the retail crew charges anew into the most-shorted names. Beyond those forced to cut positions as higher volatility pushes up VaR, client redemptions and margin calls may have also exerted pressure.

But zoomed-out, the week’s frenzy might yet be another sign of a worrying trend in financial markets: the least statistically likely moves are happening more often, something known asfatter tails.

“I’ve seen selling in all kinds of places,” Dunn said on Friday. “You’re seeing things in the market that don’t make sense.”

— With assistance by Lu Wang, and Sam Potter