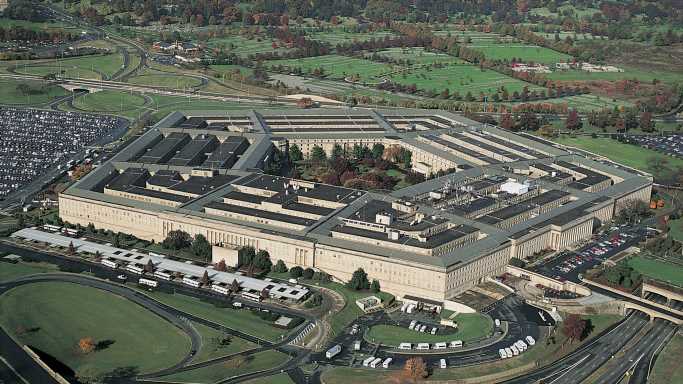 When Palantir Technologies Inc. (NYSE: PLTR) came public in late September of 2020, the stock traded at about twice the price of BlackBerry Ltd. (NYSE: BB) stock. As of the most recent close, that difference pretty much remained. Palantir closed at $18.94 and BlackBerry at $9.40.

Both companies have focused on security software, with Palantir aiming primarily at government intelligence gathering and combating threats to national security and BlackBerry aiming at enterprises and governments with cybersecurity solutions.

Both companies posted their 12-month highs in late January, although BlackBerry’s stock shot up by 300% in the final two weeks of that month, while Palantir’s posted a nearly equal rise in November 2020.

BlackBerry’s spike came thanks to the spike in meme stocks, led by AMC and GameStop, in the last part of January this year. Interestingly, short interest in BlackBerry was just 8.56% in mid-January, and it has risen to a high of 9.83% since then, according to Fintel data. As of mid-December, short interest in the stock was just over 7%.

While short squeezes are the usual explanation for the soaring share prices of AMC and GameStop, including BlackBerry in that grouping doesn’t really fit, except for the fact that all three saw their share prices skyrocket at the same time. Short interest in GameStop was 50% higher than its total float at the time, and AMC’s short interest was around 26%. The best explanation we have seen is animal spirits, led by WallStreetBets apes, perhaps, just to demonstrate that they could.

Palantir’s November 2020 rise has been attributed to the election of Joe Biden and the company’s first earnings report, which came in mid-month and absolutely blew past estimates. No short squeeze there. The company’s use of artificial intelligence (AI) in its software platform is a persuasive story to retail investors (BlackBerry also claims AI capability for its Spark platform). Meme stocks with strong stories, like Palantir’s, reflect rapid changes in culture and can, on their own, drive changes in economic behavior.

Over the past four quarters, Palantir has beaten revenue and earnings per share (EPS) estimates. The company has $2.5 billion in available cash, cash equivalents and short-term investments, as well as net debt of around $2.27 billion.

A relatively modest number of brokerages cover Palantir. A total of 10 firms cover the company, and four give the stock a Sell or Strong Sell rating while another four have Hold ratings. Price targets range from $17 to $31, with a median of $25. The stock traded Tuesday morning at around $18.55.

Free cash flow in the most recent quarter was $95.4 million and for the past four quarters totals $210.6 million.

Over the past four quarters, BlackBerry has beaten revenue and EPS estimates in the past three. The company has $713 million in available cash, cash equivalents and short-term investments, as well as net debt of around $62 million.

Again, a relatively small number of analysts cover the company, and none of the 10 rate the stock a Buy or Strong Buy. In fact, eight rate the shares a Sell or Strong Sell. Price targets range from $4.50 to $10.0,  with a median of $8.20. The stock traded Tuesday morning at around $9.35.

Free cash flow in the most recent quarter was $6 million, and over the past four quarters, the company has burned through $65 million in cash.

ALSO READ: Meme Stocks: Looking Back and Forward at GameStop and AMC