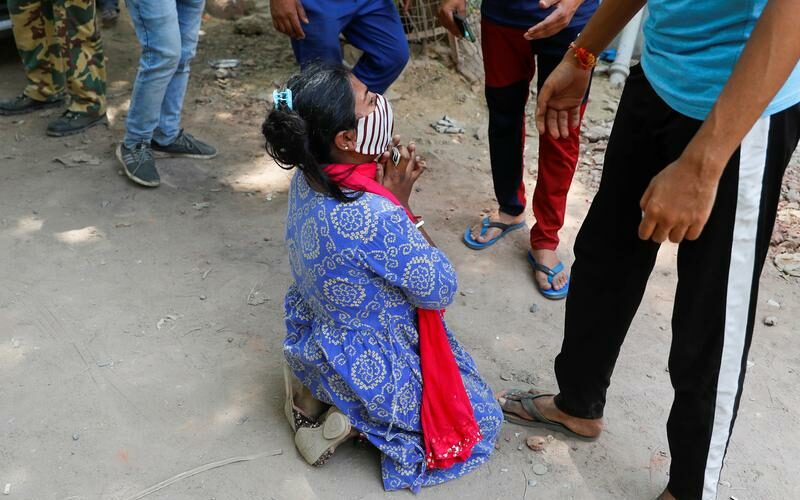 New Delhi (Reuters) – Shruti Saha had spent hours searching for somewhere in New Delhi to refill an oxygen canister when she heard that her frantic efforts had been in vain: her mother had died of COVID-19.

A ferocious second wave of coronavirus in New Delhi has overwhelmed hospitals and caused a shortage of oxygen, leaving many helpless as they try to treat their sick relatives at home.

As she waited outside a refilling plant in a shabby industrial estate in the capital, Saha began to panic, falling to her knees and begging for the facility to open, but police and security guards told her to wait.

Some time later, still waiting in the queue, Saha got a call from home telling her that her mother had died. She broke down, collapsing in a heap as people around her tried to console her. Her empty oxygen cylinder was left where she had been standing in line.

“We have been out of the house since 2 a.m. There is no oxygen anywhere in Delhi. Finally we reached here. I kept telling them Mummy is serious…” she said, weeping.

Delhi is reporting one COVID-19 death in under four minutes for the past several days. Because hospitals have no space, families are trying to treat COVID-19 patients at home, strapped to oxygen cylinders.

“For two days we tried for beds in so many hospitals. Take me home now,” Saha said, and a young man took her by the arm and led her away.