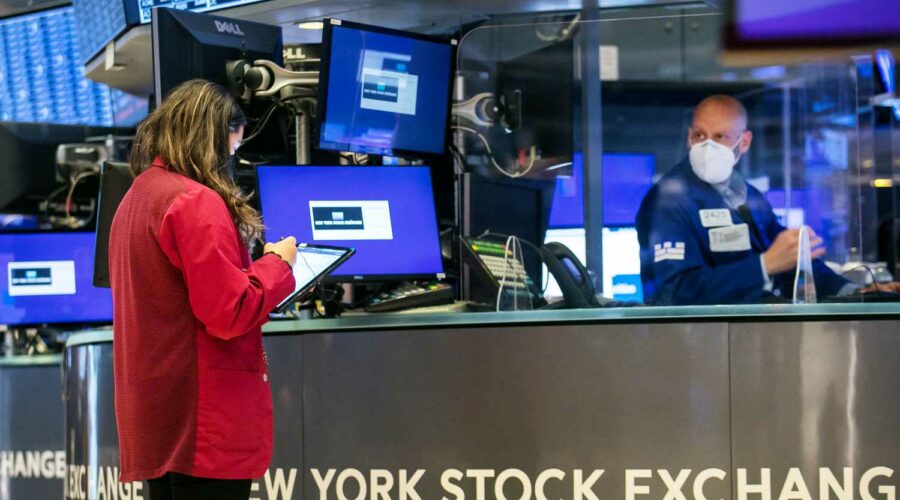 1. Futures flat as earnings roll in ahead of Fed decision

U.S. stock futures were flat Wednesday, the morning after strong earnings from Google-parent Alphabet and Microsoft. Dow stock Boeing, before the market open, issued its sixth consecutive quarterly loss but it expects a turning point in 2021 as more people get vaccinated against Covid. Apple and Facebook issue their earnings after the bell.

Investors will also hear from Federal Reserve Chairman Jerome Powell at the central bank's post-meeting news conference Wednesday afternoon. The Fed is not expected to adjust near zero interest rates or the pace of asset purchases. But Powell will certainly face questions about his willingness to let inflation run hot. The 10-year Treasury yield Wednesday morning topped 1.65% in advance of the conclusion of the Fed's two-day April meeting.

The S&P 500 and Nasdaq on Tuesday broke two-session winning streaks, dipping from their previous day record closes. The Dow Jones Industrial Average rose slightly and remained less than 1% away from its April 16 record close.

2. Alphabet profit gets a $4.75 billion boost from investments

Shares of Alphabet jumped 5% in the premarket after the company late Tuesday reported its most profitable quarter ever, thanks in part to a booming IPO market and surging valuations for tech start-ups. In addition to its dominant position in search and a growing cloud business, Alphabet has become a force in venture capital in recent years. The company disclosed a net gain on equity investments of $4.75 billion — 22% of Alphabet's pre-tax income. On a per-share adjusted basis, solidly beat estimates on first-quarter earnings and revenue. If Google's YouTube continues growing the way it has the last several quarters, it could also match Netflix in revenues by year's end.

Shares of Microsoft — up more than 10% in a month — were taking a breather in the premarket. The stock was down 2.5% despite the company reporting better than expected pre-share adjusted earnings and revenue for its fiscal third quarter. The software, hardware and cloud giant saw its biggest year over year revenue growth, 19%, since 2018, thanks in part to strong sales of personal computers due to coronavirus-driven shortages. The company's Azure public cloud, which competes with market leader Amazon Web Services, grew 50%, a faster clip than analysts had expected, according to a CNBC review of 14 equity research notes. Microsoft also said its LinkedIn Marketing Solutions has brought in more than $3 billion in revenue in the past 12 months.

President Joe Biden, who is set to address a joint session of Congress on Wednesday night, will pitch Congress on $1.8 trillion in new spending and tax credits aimed toward children, students and families, senior administration officials said. The massive new package comes less than a month after the White House put forward a sweeping proposal to spend more than $2 trillion over eight years on infrastructure and other projects. On the eve of his 100th day in office, Biden will also tell lawmakers about his administration's broader vision for the U.S. and his legislative priorities going forward.

5. Tesla is now sitting on $2.5 billion of bitcoin

Tesla is sitting on roughly $2.5 billion worth of bitcoin, according to a securities filing, giving the electric auto maker a significant gain on paper in just a few months. Tesla said its investment in the world's biggest cryptocurrency was worth $2.48 billion at the end of March. The company announced earlier this year that it had purchased $1.5 billion worth of bitcoin, and planned to accept it as payment for vehicles. Tesla said on Monday that it registered a net gain of $101 million from sales of bitcoin during the quarter, helping to boost its net profits to a record high in the first quarter.