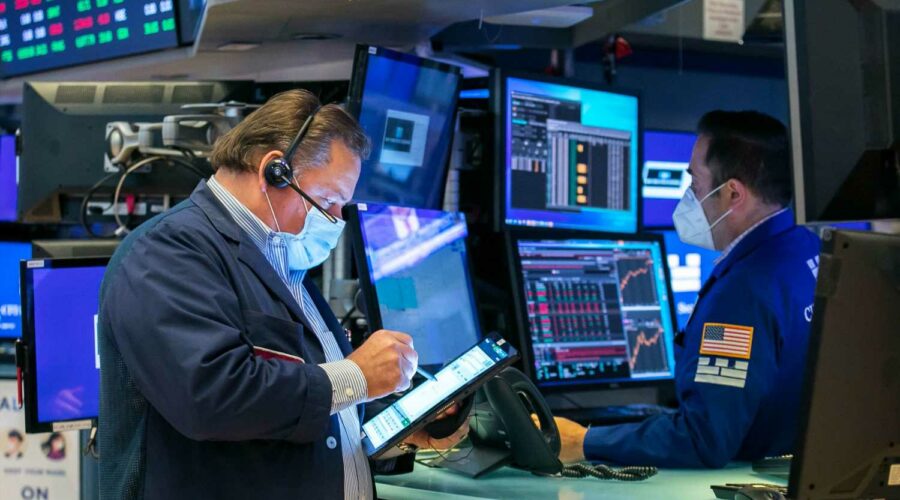 1. Wall Street set to drop after strong start to May

U.S. stock futures dropped Tuesday after a strong start to the month of May, fueled by a rally in shares tied to the economic reopening on relaxed Covid restrictions. The rally in these stocks came after New York Gov. Andrew Cuomo announced that most capacity restrictions will be lifted across the state. Twenty-four hour subway service is set to resume in New York City later this month. On Monday, the Dow Jones Industrial Average rose 238.38 points, or 0.7%. The S&P 500 gained 0.3%. Both benchmarks finished less than 1% away from last month's record closes. The Nasdaq, which fell 0.5% on Monday, was 1.7% shy of its record close in April.

Pfizer reported better-than-expected first-quarter earnings and revenue and said it plans to file at the end of this month for full U.S. approval of its Covid vaccine, which was developed in an alliance with German drugmaker BioNTech. If the FDA signs off, the companies will be able to market the two-shot regimen directly to consumers. Shares of Pfizer rose 1.5% in the premarket. BioNTech shares jumped nearly 2%. The New York Times, citing federal officials, reported Monday that the FDA is set to amend by early next week its existing emergency use authorization for the Pfizer vaccine to include adolescents ages 12-15. The vaccine has been cleared for people 16 and up.

CVS Health on Tuesday reported a strong first quarter and raised its full-year forecast as customers came to its stores for Covid vaccinations, tests and prescriptions. The company has been a major provider of coronavirus vaccines and recently began offering same-day appointments for shots. Shares rose 2% in premarket trading.

The Biden administration's restrictions on travel from India takes effect Tuesday as that country's devastating surge in coronavirus cases pushes total infections there passed 20 million. Over the latest 24 hour period, India reported 357,229 new cases after setting a record global daily new infection count of 401,993 over the weekend. The travel order signed last week by President Joe Biden bars entry to the U.S. to most foreigners who have been in India in the previous 14 days. Announcing the ban Friday, White House press secretary Jen Psaki said the travel policy was made on the advice of the Centers for Disease Control and Prevention.

Epic Games argued on Day 1 of a landmark federal trial over Apple's App Store rules that the tech giant purposely locks in its customers. Epic, the company behind Fortnite, wants to force Apple to allow the video game maker to use its own payment processor and bypass Apple's customary 30% fee on in-app transactions. Fortnite was booted from App Store last year after it introduced a direct payment mechanism. Apple argued that it built the digital storefront and gets to set the rules, which it said are designed to ensure that apps are high quality and secure. The trial is expected to last three weeks.

5. Bill Gates and Melinda Gates are splitting up after 27 years

Bill Gates, co-founder of Microsoft, and his wife, Melinda French Gates, said on Twitter they will split up after 27 years. The two also said Monday they will keep working together on philanthropic efforts, which have addressed education, gender equality and health care.

The Gates' relationship struggled over the past several years, two people close to them told The New York Times. Bill Gates decided to step down from the boards of Microsoft and Berkshire Hathaway, in part, so he could spend more time with his family, these people also told the Times.