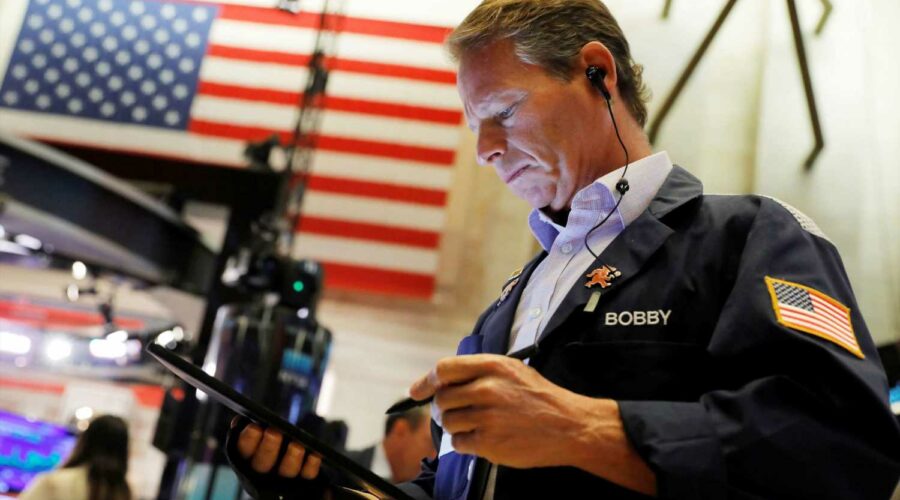 Stock futures were pointing to a lower open to start the week as data from China pointed to a slowing economic recovery. Stocks tied to a global economic recovery were down in premarket trading. The moves comes after the Dow and S&P 500 closed at records on Friday.

Retail sales in China were up 8.5% year over year in July, below the 11.5% projected by analysts surveyed by Reuters. The softer-than-expected reading comes as the spread of the delta variant of Covid has raised concern about the economic trajectory in several Asian countries, including China.

Online shopping saw a particularly sharp slowdown in July, rising 4.4%. The category has grown by an average of 21% over the past five years.

3. There’s growing support within the Fed to announce the tapering of bond purchases in September

A rising number of voices at the Federal Reserve is calling for the central bank to begin slowing its asset purchases in September. Recent data releases have shown strong growth and high inflation, though the latest consumer price index did not see a major jump as some feared. Fed officials are trying to avoid a repeat of the so-called taper tantrum, the 2013 sell-off in the bond market when the central bank began to trim its purchases after the financial crisis.

Kabul airport has descended into chaos as Americans and Afghans try to evacuate after the Tailban captured the capital. The militia group has rapidly taken over the country as the United States has withdrawn its military presence after the two-decade war. The U.S. State Department said Monday that all embassy staffers had been moved to the airport. President Ashraf Ghani fled the country on Sunday evening.

5. Retailers begin reporting this week, but the delta variant is a big wild card

Retail companies are the headliners of the earnings slate this week, with Home Depot and Walmart reporting on Tuesday followed by Target and Lowe's on Wednesday. Investors and analysts will be listening closely to comments from management about the delta variant, which is threatening to deliver a setback to the economic recovery.