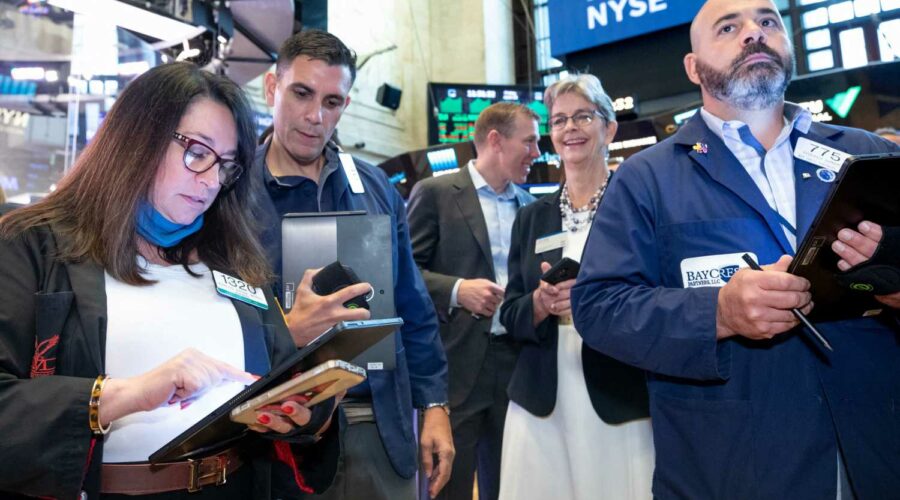 U.S stock futures were mixed Monday after the S&P 500 closed at another record high Friday and had its best weekly gain since February. The Nasdaq, which dipped Friday from a record close the previous session, logged its best week since April. The Dow rose Friday, now within 1% of its latest record close in early May. The 30-stock average had its best weekly advance since March. Investors are looking to the second half of the year as the second quarter ends Wednesday. Ahead of the new week, the S&P 500 was up nearly 14% in 2021; the Dow was up 12.5% year to date; and the Nasdaq was up 11.4% in 2021.

The 10-year Treasury yield ticked lower Monday, trading around 1.51%, with the government's latest monthly employment report, set for release this coming Friday, ending a busy week of economic data. Economists expect 683,000 nonfarm payrolls were created in June as the nation's unemployment rate dipped to 5.7%. Average hourly earnings are seen rising 3.7% year over year, up from 1.98% in May. After further evidence last week of bubbling price pressures in the recovering economy, Wall Street will watch that wage data closely for signs of inflation in the labor market.

3. Republicans say bipartisan infrastructure deal is back on track

It looks like the bipartisan infrastructure deal is back on track. Sen. Rob Portman, R-Ohio, said Sunday the compromise agreement can move forward, following President Joe Biden's clarification that he'll sign the measure even if it comes without a second package of Democratic priorities. The president had said last week that he'd refuse to sign the deal unless the two bills came in tandem. Democrats aim to pass that second bill through reconciliation, a process that doesn't require Republican votes.

Boeing is unlikely to receive certification of its 777X long-range aircraft until mid-to-late 2023 at the earliest. That's according to a letter from an FAA official to Boeing that was obtained by CNBC, saying there were numerous technical issues that needed to be resolved. Boeing, a Dow component, fell 1% in Monday's premarket.

Johnson & Johnson has agreed to a $230 million settlement with New York state, which bars the health-care company from promoting opioids. J&J confirmed that it's ended distribution of such products within the U.S. J&J has not marketed opioids in the U.S. since 2015 and fully discontinued the business in 2020. The Dow stock rose 0.5% in premarket trading.

Comcast-owned Universal's "F9," the latest installment in the Fast and Furious franchise, topped the North American weekend box office with $70 million in ticket sales. That's the most of any movie released in the wake of the pandemic. The previous Covid-era record holder was ViacomCBS-owned Paramount's "A Quiet Place Part II," which opened in May with just under $50 million on its debut weekend. With an additional $37.9 million in ticket sales internationally, "F9" has now garnered more than $405 million since its debut outside the U.S. and Canada in May.

Disclosure: NBC and CNBC are owned by Comcast's NBCUniversal unit.