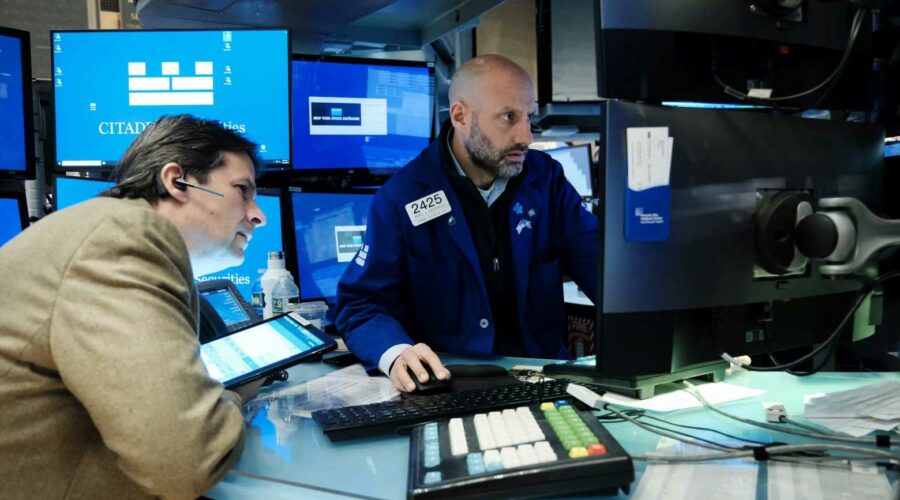 1. Stock futures under pressure as selling in tech stocks continues

Tech stocks continued to slide in the premarket Friday, one day after they got crushed and sent the Nasdaq down nearly 2.5%. The S&P 500 on Thursday fell nearly 1%, and the Dow Jones Industrial Average, which had been higher earlier in Thursday's session, closed down 0.08%.

2. Fauci says a redefinition of fully vaccinated is 'on the table'

Dr. Anthony Fauci told CNBC on Friday that changing the definition of fully vaccinated against Covid is "certainly on the table." The White House's chief medical advisor said there's no doubt the best protection against infection is two shots of the either Pfizer's or Moderna's vaccines and a booster shot.

Darden Restaurants on Friday reported quarterly earnings and revenue that topped analysts' expectations. The Olive Garden parent also announced that CEO Gene Lee will retire May 29. The board elected Chief Operating Officer Rick Cardenas as its next chief executive. Cardenas will also join the board on May 30, while Lee will stick around as executive chairman until the next shareholder vote, when he is expected to be reelected as non-executive chairman. Additionally, the company is accelerating its plans to hike wages. Darden raised its fiscal 2022 forecast, anticipating higher sales and earnings than initially forecast. Still, shares fell 3.5% in premarket trading.

Shares of Rivian Automotive plummeted 8% in Friday's premarket, the morning after CEO RJ Scaringe and other executives reported a surge in customer reservations but cut vehicle production expectations for the year. The updates came alongside Rivian's first quarterly report as a public company, which was largely in line with expectations, and confirmation of plans for a new $5 billion plant in Georgia that's expected to come online in 2024. Rivian, whose stakeholders include Amazon and Ford Motor, was the first automaker to go to market with an all-electric pickup truck called the R1T. It went public through a blockbuster IPO in November.

FedEx reinstated its original fiscal 2022 forecast after the bell Thursday, even as persistent labor problems chipped away at profits ahead of the peak holiday season, when the number of packages it handles often doubles. Shares jumped 5% in the premarket. FedEx reported better-than-expected quarterly earnings and revenue. Worker shortages disrupted normal workflows, resulting in network inefficiencies, including higher transportation costs. Those factors increased costs by an estimated $470 million year over year.

— CNBC's Michael Wayland and Reuters contributed to this report. Follow all the market action like a pro on CNBC Pro. Get the latest on the pandemic with CNBC's coronavirus coverage.