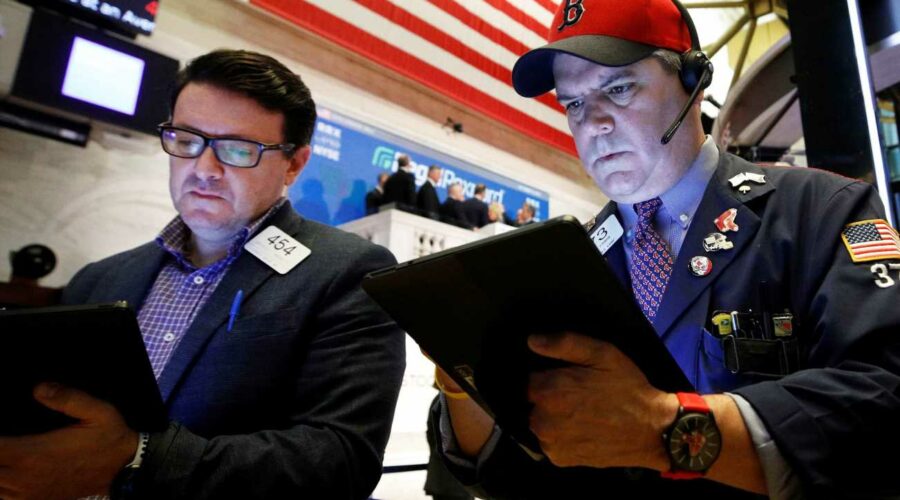 U.S. stock futures turned lower Friday after the government's much weaker than expected September employment report. The 10-year Treasury yield ticked higher following the jobs data, trading around 1.6%, a level not seen since early June. On Thursday, the market's focus shifted from rising bond yields to the debt ceiling deal out of Washington. The Dow Jones Industrial Average, the S&P 500 and the Nasdaq all rose about 1%, logging three straight winning days and putting the three stock benchmarks on track for a winning first full trading week of October. Last Friday's strong gain was not enough to turn the tide on the worst week for the S&P 500 and Nasdaq back to February and for the Dow back to early September.

Friday's jobs report, which will be key as the Federal Reserve decides whether to slow its massive Covid-era bond-buying program, showed just 194,000 nonfarm payrolls were created in September. The consensus estimate had called for 500,000 additions. On Thursday, initial jobless claims for last week were better than expected. ADP's look at private sector jobs trends, released Wednesday, showed a brisk pace of hiring last month despite concerns about elevated Covid cases.

The Senate approved Thursday night a compromise bill that allows for a short-term, $480 billion increase in the nation's debt ceiling. That sum, the Treasury Department estimates, would last until Dec. 3. The legislation now moves to the House, where Speaker Nancy Pelosi, D-Calif., is expected to take it up in the coming days. While avoiding the approaching Oct. 18 deadline for an unprecedented U.S. default, the measure gives Democrats nearly two months to figure out how to raise the debt limit through the reconciliation process with no Republican votes.

U.S. oil prices, as measured by West Texas Intermediate crude, on Friday morning inched closer to $80 per barrel. The last time WTI was that high was Nov. 3, 2014. As of Thursday's settling price, U.S. oil futures were up about 3.2% this week on doubts the U.S. government would release crude from its strategic reserves in the near term.

Natural gas prices, while lower Friday, have repeatedly hit record highs as Europe and Asia compete for available liquefied natural gas. Europe has been buying on worries it may not have enough LNG in storage for the winter. Asia has been purchasing to meet insatiable demand.

Tesla is officially moving its headquarters from Palo Alto, California, to Austin, Texas, CEO Elon Musk announced at the company's 2021 annual shareholder meeting. In April 2020, on a Tesla earnings call, Musk lashed out at California government officials calling their temporary Covid-related health orders "fascist" in an expletive-laced rant. In 2020, Musk personally relocated to the Austin area from Los Angeles where he had lived for two decades. However, Tesla does plan to increase production at its California plant regardless of the headquarters move.