Shares of Six Flags Entertainment Corp. plummeted Friday toward their biggest-ever one-day decline after the theme park operator warned of a fourth-quarter revenue shortfall and said its partner in China has defaulted on its agreements.

The company disclosed in an 8-K filing with the Securities and Exchange Commission that it expects fourth-quarter revenue to be $8 million to $10 million less than the year-ago period, when the company recorded revenue of $269.5 million. The FactSet consensus, at the time of the filing, was for 6.0% increase to $285.8 million.

“The company’s North America’s parks experienced lower attendance in the fourth quarter of 2019 versus the same period in 2018 due to softer-than-expected season pass membership sales, primarily during the holiday sales period,” the company stated in the 8-K.

Six Flags said it will provide additional details about the results when it reveals its quarterly results, which currently expected to be on or about Feb. 18, according to FactSet. Read more about Six Flags’ third-quarter earnings miss and the naming of its new chief executive in October.

The company also disclosed in the 8-K that the development of the Six Flags-branded parks in China has faced “continued challenges,” and has not progressed as expected. The company said its partner in China, Riverside Investment, has faced “severe challenges” due to the macroeconomic environment and China’s declining real estate market.

“This has led Riverside to default on its payment obligations to the company and, as such, the Company has delivered formal notices of default under its agreements,” Six Flags stated in the filing. “While the Company continues to work with Riverside and each of Riverside’s governmental partners, the eventual outcome is unknown and could range from the continuation of one or more projects to the termination of all the Six Flags-branded projects in China.”

In the company’s annual report filed last February, the company had disclosed that in the fourth quarter of 2018, some of the China parks’ opening schedules were delayed because of “recent macroeconomic events.” China was not mentioned in the company’s quarterly filings since. 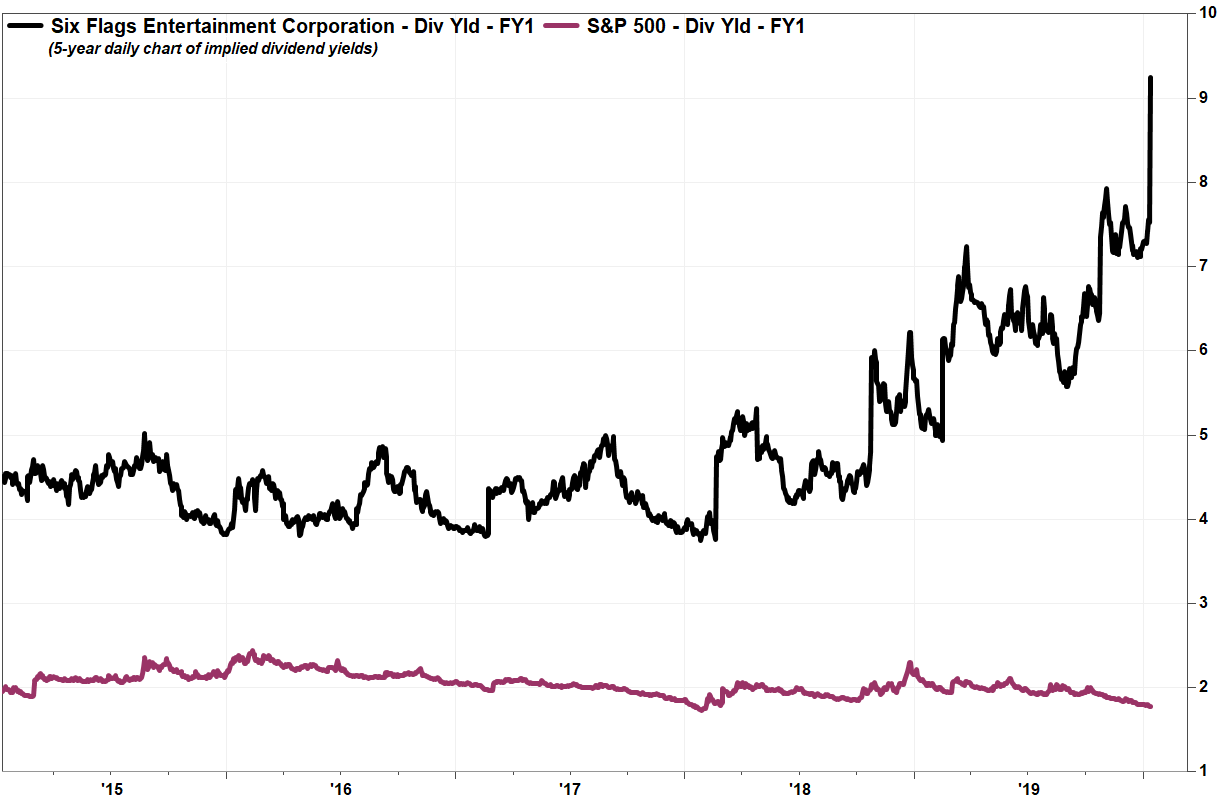 Janney’s Batory downgraded Six Flags on Friday to neutral from buy, with a new stock fair value estimate of $38, saying the “disappointing” guidance is a clear indicator that trends in the core business continue to deteriorate. He said the China news added to the uncertainty.

“Given these issues, we think it’s difficult to defend the stock at current levels,” Batory wrote in a note to clients. “We think also the dividend could be at risk, which could create further downside.”

The quarterly dividend that Six Flags paid in December was 83 cents a share, which implies a dividend yield of 9.29% at current stock prices. That compares with the implied yield for the S&P 500 indexSPX, -0.29% of 1.83%, according to FactSet.

January 11, 2020 Industries Comments Off on This is why Six Flags’ stock is having its worst day ever
World News