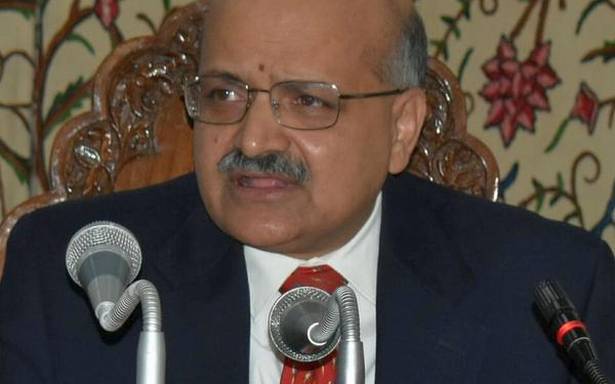 Under the RoDTEP, various Central and State duties, taxes, and levies imposed on input products, among others, would be refunded to exporters

To boost exports, the government on Tuesday announced rates of tax refunds under the export promotion scheme RoDTEP for 8,555 products, such as marine goods, yarn, dairy items.

The government has set aside ₹12,454 crore for refunds under the Remission of Duties and Taxes on Exported Products (RoDTEP) scheme for the current fiscal, a top official said.

Under the RoDTEP, various Central and State duties, taxes, and levies imposed on input products, among others, would be refunded to exporters.

Commerce Secretary B.V.R. Subrahmanyam said that ₹19,400 crore would be available for 2021-22 for both the RoDTEP and the Rebate of State and Central Taxes and Levies (RoSCTL). The RoSCTL scheme was announced for the export of garments and apparels.

As the RoDTEP scheme came into effect from January 1 this year, additional funds will be provided at pro-rata basis for the period January to March.

“Today we have notified the rates. RoDTEP is going to be a long-lasting scheme and it is going to be a flagship scheme of the Commerce Ministry. It is also compliant to the World Trade Organisation,” the Secretary told reporters in New Delhi.

He added that both the schemes together would cover 95% of the tariff lines or goods and exports.

However three sectors of steel, chemicals and pharmaceuticals would not get the benefit of RoDTEP as they have “done well without” incentives.

The reimbursement of taxes such as duty on power charges, VAT on fuel in transportation, farm sector, captive power generation, mandi tax, stamp duty and central excise duty on fuel used in transportation would make Indian products competitive in global markets, he said.

The rebate under the scheme would not be available in respect of duties and taxes already exempted or remitted or credited.

RoDTEP support will be available to eligible exporters at a notified rate as a percentage of Freight On Board (FOB) value. Rebates on certain export products will also be subject to value cap per unit of the exported product.

It will be implemented by Customs through a simplified IT System. Rebates will be issued in the form of a transferable duty credit/ electronic scrip (e-scrip) which will be maintained in an electronic ledger by the Central Board of Indirect Taxes and Customs (CBIC).

Employment-oriented sectors like marine, agriculture, leather, gems and jewellery are covered under the scheme. Other segments like automobile, plastics, electrical / electronics, machinery are also getting the support.

According to the guidelines, certain categories which would not avail the benefits include export goods which are subject to minimum export price, restricted and prohibited items, deemed exports, supplies of goods manufactured by domestic tariff area units to SEZs, and products manufactured or exported by units situated in special economic zones.

17/08/2021 Industries Comments Off on Govt announces rates for RoDTEP scheme for exporters; to cover 8,555 items
Markets