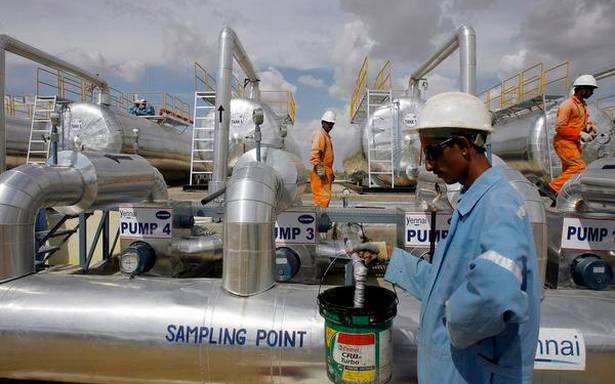 After Air India, Britain’s Cairn Energy PLC plans to target assets of state-owned firms and banks in countries from the U.S. to Singapore as it looks to ramp up efforts to recover the amount due from the Indian government after winning an arbitration against levy of retrospective taxes. A lawyer representing the company said Cairn will bring lawsuits in several countries to make state-owned firms liable to pay the $ 1.2 billion plus interest and penalties that are due from the Indian government.

Last month, Cairn brought a lawsuit in the U.S. District Court for the Southern District of New York pleading that Air India is controlled by the Indian government so much that they are ‘alter egos’ and the airline should be held liable for the arbitration award.

"There are a number of state enterprises which we are considering for enforcement action. Enforcement action will be soon and it may not be in the U.S.," Dennis Hranitzky, head of the sovereign litigation practice at Quinn Emanuel Urquhart & Sullivan, a law firm representing the company, told PTI.

A three-member international arbitration tribunal that consisted of one judge appointed by India had unanimously in December overturned levy of taxes on Cairn retrospectively and ordered refund of shares sold, dividend confiscated and tax refunds withheld to recover such demand.

The government of India, despite participating in the arbitration proceeding over four years, has not accepted the award and has filed a ‘setting aside’ petition in a court in Netherlands – the seat of the arbitration.

Pressed by its shareholders – some of whom are biggies of the financial world, Cairn is seeking to recover the award by confiscating assets and bank accounts of state-owned entities in foreign countries.

"The (arbitration) award is registered and either recognised or soon to be recognised in several countries, and Cairn will continue to ramp up enforcement proceedings around the world to pursue the value of the award for its international shareholders," he said.

He, however, refused to either name the companies that Cairn will target or the countries where lawsuits will be filed.

Cairn has already got the arbitration award registered and recognised in the U.S., the UK, Netherlands, France, Canada and Singapore.

In case of Air India, the national flag carrier has time till mid-July to file a plea contesting Cairn lawsuit, sources aware of the matter said. The airline, which is in the process of being privatised, is likely to argue that it is a separate entity and not the alter ego of the Indian government and cannot be forced to pay for any liability of the government, they said.

Cairn has identified $ 70 billion of Indian assets overseas for potential seizure to collect award, which now totals to $ 1.72 billion after including interest and penalty.

The assets identified range from Air India’s planes to vessels belonging to the Shipping Corporation of India, and properties owned by state banks to oil and gas cargoes of PSUs, the sources said.

Once a court recognises a state-owned firm or bank as the alter ego of Indian government, Cairn can seek attachment or seizure of its assets including bank accounts to recover the amount it was awarded by the arbitration tribunal.

The move is similar to a court in the British Virgin Islands ordering in December last year hotels in New York and Paris owned by Pakistan International Airlines to be used to settle a claim against Pakistan’s government by a Canadian-Chilean copper company.

Crystallex International Corp had brought a similar lawsuit to attach property of Petroleos de Venezuela, S.A. (PDVSA), the state-owned oil company of Venezuela, in Delaware couple of years back after the Latin American country failed to pay the firm $ 1.2 billion that an arbitration tribunal had ordered to pay in lieu of the 2011 seizing gold deposits held and developed by the firm.

In 2012, Elliott Management, a buccaneering American hedge fund which held distressed Argentine bonds, seized a handsome tall ship belonging to Argentina’s navy. Recently, French courts ruled that a stifled creditor could seize a business jet belonging to the government of Congo-Brazzaville while it was being serviced at a French airport, as well as $ 30 million from a bank account of the country’s state oil company.

The Indian government, however, plans to contest any enforcement proceedings brought by Cairn.

Last month, the finance ministry said that the tribunal "improperly exercised jurisdiction over a national tax dispute that the Republic of India never offered and/or agreed to arbitrate".

The ministry called the 2006 reorganisation of Cairn’s India business for listing on the local bourses as "abusive tax avoidance scheme that was a gross violation of Indian tax laws, thereby depriving Cairn’s alleged investments of any protection under the India-UK bilateral investment treaty".

The Scottish firm invested in the oil and gas sector in India in 1994 and a decade later it made a huge oil discovery in Rajasthan. In 2006 it listed its Indian assets on the BSE. Five years after that the government passed a retroactive tax law and billed Cairn ₹ 10,247 crore plus interest and penalty for the reorganisation tied to the flotation.

The state then expropriated and liquidated Cairn’s remaining shares in the Indian entity, seized dividends and withheld tax refunds to recover a part of the demand.

The company, which previously said the ruling was binding and enforceable under international treaty law, has been since then courting Indian government officials to get the money paid. But the government has not agreed to pay.

27/06/2021 Industries Comments Off on After Air India, Cairn to target more state cos to recover money due from govt
Markets