The cryptocurrency market has shown a new level of resilience on Aug. 9 as a majority of tokens have managed to maintain recent gains and Bitcoin price hit a new 3 month high at $46,293.

Data from Cointelegraph Markets Pro and TradingView shows that the biggest gainers over the past 24-hours were IoTeX (IOTX), CyberVein (CVT) and Swipe (SXP). 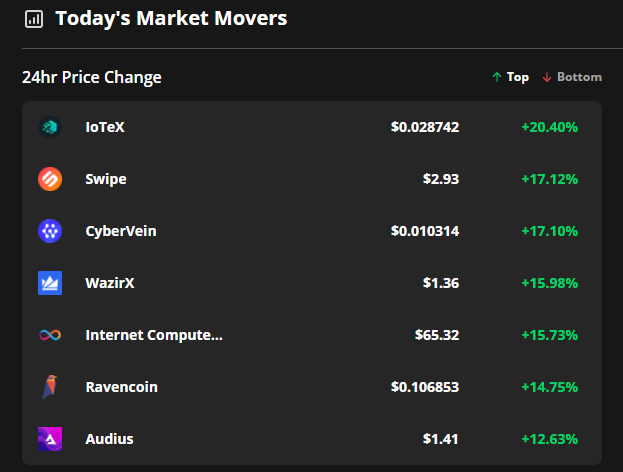 IoTeX (IOTX), a platform focused on the decentralized internet of things, has been the best performer over the past 24-hours with a gain of 27%.

Data from Cointelegraph Markets Pro and TradingView shows that the price of IOTX rallied 53% from a low of $0.0213 in the early trading hours on Aug. 9 to an intraday high at $0.0326.

Excitement for the project comes following the Aug. 6 launch of ioTube v5 which includes a new cross-chain bridge with Polygon, an Ethereum (ETH) layer-two solution, that enables two-way token swaps between both protocols.

Over the past 24-hours the project Swipe, which focuses on the development of a card payment infrastructure for the cryptocurrency economy, has seen its token rally by 17.12%.

VORTECS(TM) data from Cointelegraph Markets Pro began to detect a bullish outlook for SXP on Aug. 8, prior to the recent price rise. 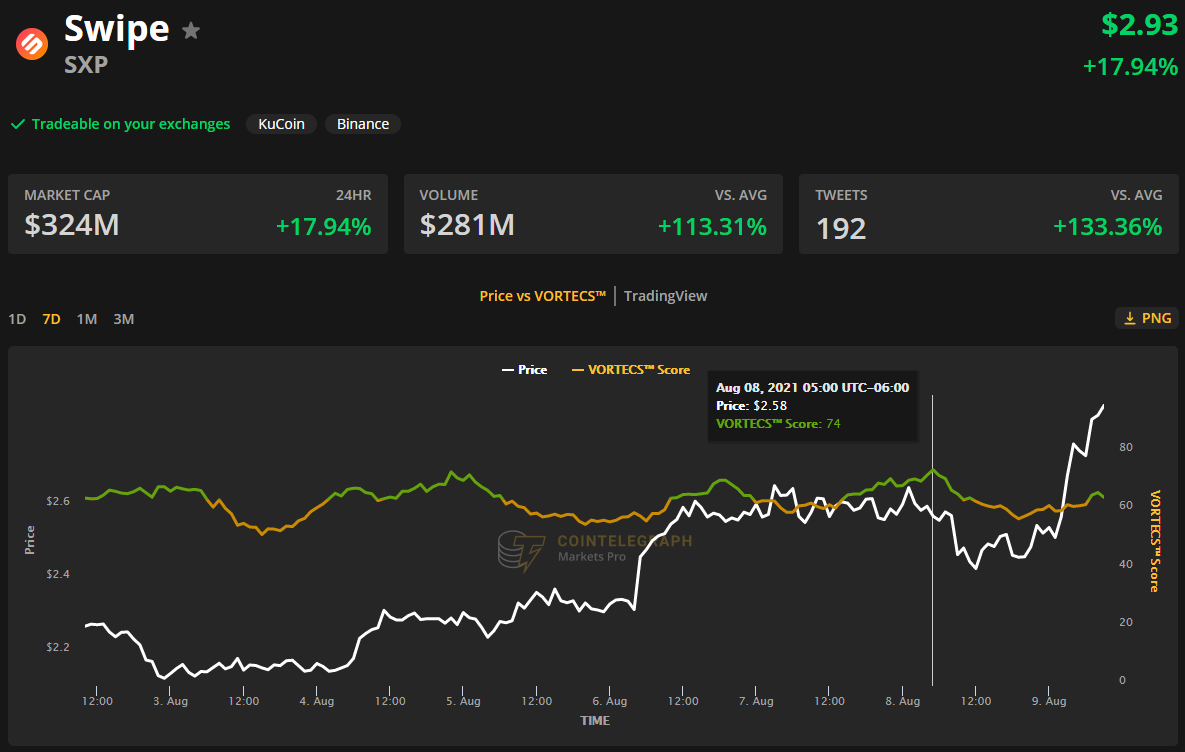 As seen on the chart above, the VORTECS(TM) Score for SXP climbed into the green zone on Aug. 7 and reached a high of 74 on Aug. 8, around seven hours before its price began to increase 23% over the next day.

The surge in excitement for the token came following an announcement from Visa that it had partnered with Swipe, along with 49 other platforms, in an effort “to launch card programs that make it easy to convert and spend digital currency at 70 million merchants worldwide.”

CyberVein, a project which looks to reinvent decentralized databases and the way people store, secure and monetize information, has also seen its price increase 17% on Monday.

VORTECS(TM) data from Cointelegraph Markets Pro began to detect a bullish outlook for CVT on Aug. 8, prior to the recent price rise. 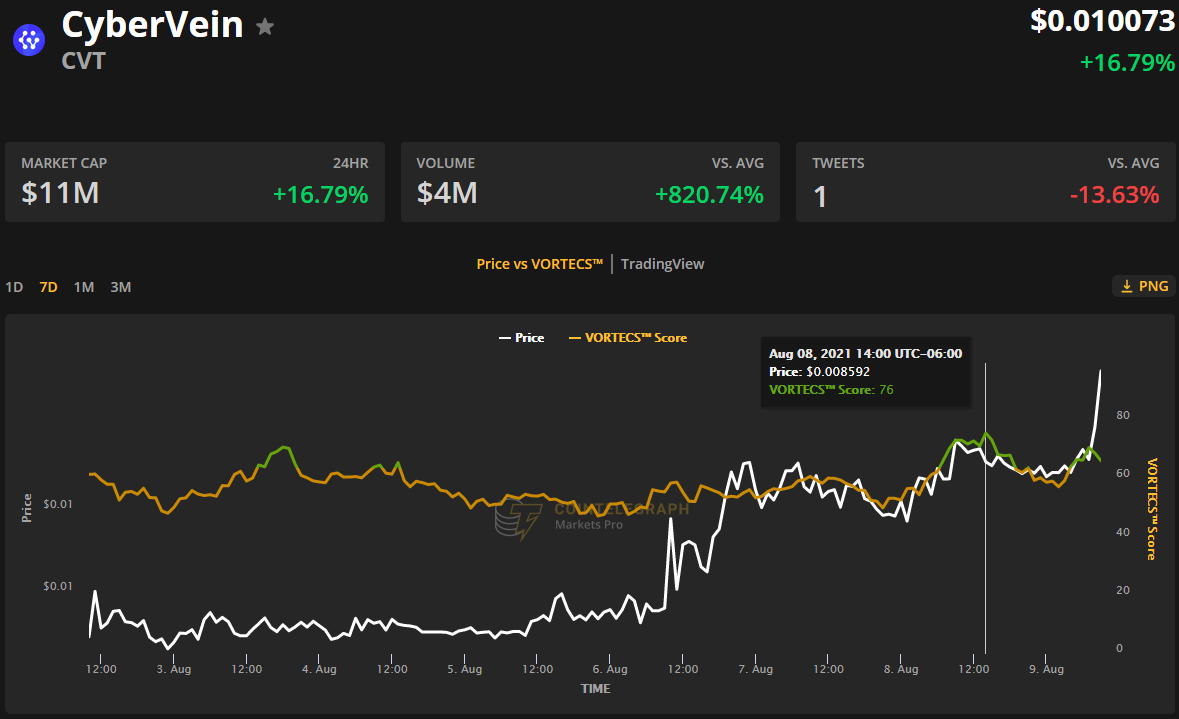 As seen on the chart above, the VORTECS(TM) Score for CVT turned green on Aug. 8 and reached a high of 76, around 14 hours before its price began to increase 35% over the next five hours.

The price recovery for CVT comes following the announcement that the daily operations of the project are now being handled by the CyberVein Foundation.