PSG, a fan token launched by Paris Saint-Germain, resumed its uptrend on Thursday after Argentinian football superstar Lionel Messi confirmed that he was joining the French football club.

The PSG/USD pair jumped by 10.57% to hit an intraday high of $41.90. The pair’s latest upside move followed an almost 40% bearish correction from its all-time high of $61.53 achieved on Tuesday amid speculation that Messi would sign a multi-year contract with Paris Saint-Germain.

“Paris Saint-Germain is a possibility, yes,” Messi stated during his emotional farewell address after ending his 19-year stint at FC Barcelona on Sunday. However, he added that “nothing is confirmed” and that he is still talking about the possibility of joining Paris Saint-Germain.

The cost to purchase one PSG token almost doubled after Messi’s public address. It later corrected due to what appeared like profit-taking but resumed its bull run entering the Thursday session, almost a day after Messi finalized his two-year contract with Paris Saint-Germain. 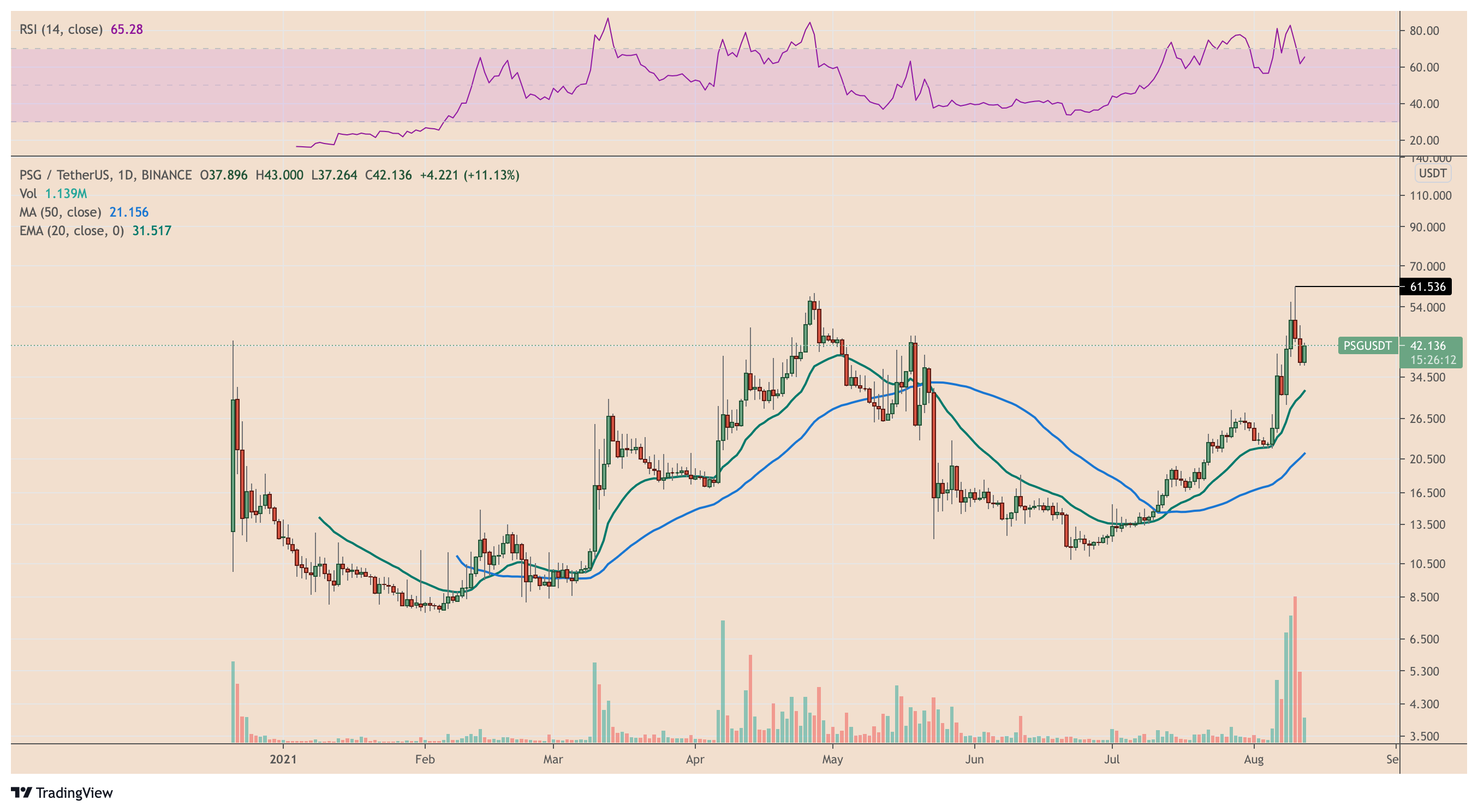 Moreover, Paris Saint-Germain revealed that the 35-million-euro-per-season financial package to Messi would also include payments in PSG fan tokens. The news service cited sources from the football club, claiming that PSG would be a part of Messi’s “welcome package,” provided by Socios.com, the club’s fan token provider.

Socios’ own in-house currency, Chiliz (CHZ), rallied 12.30% to reach $0.368 for the first time in almost two months after the Messi-PSG news broke out. 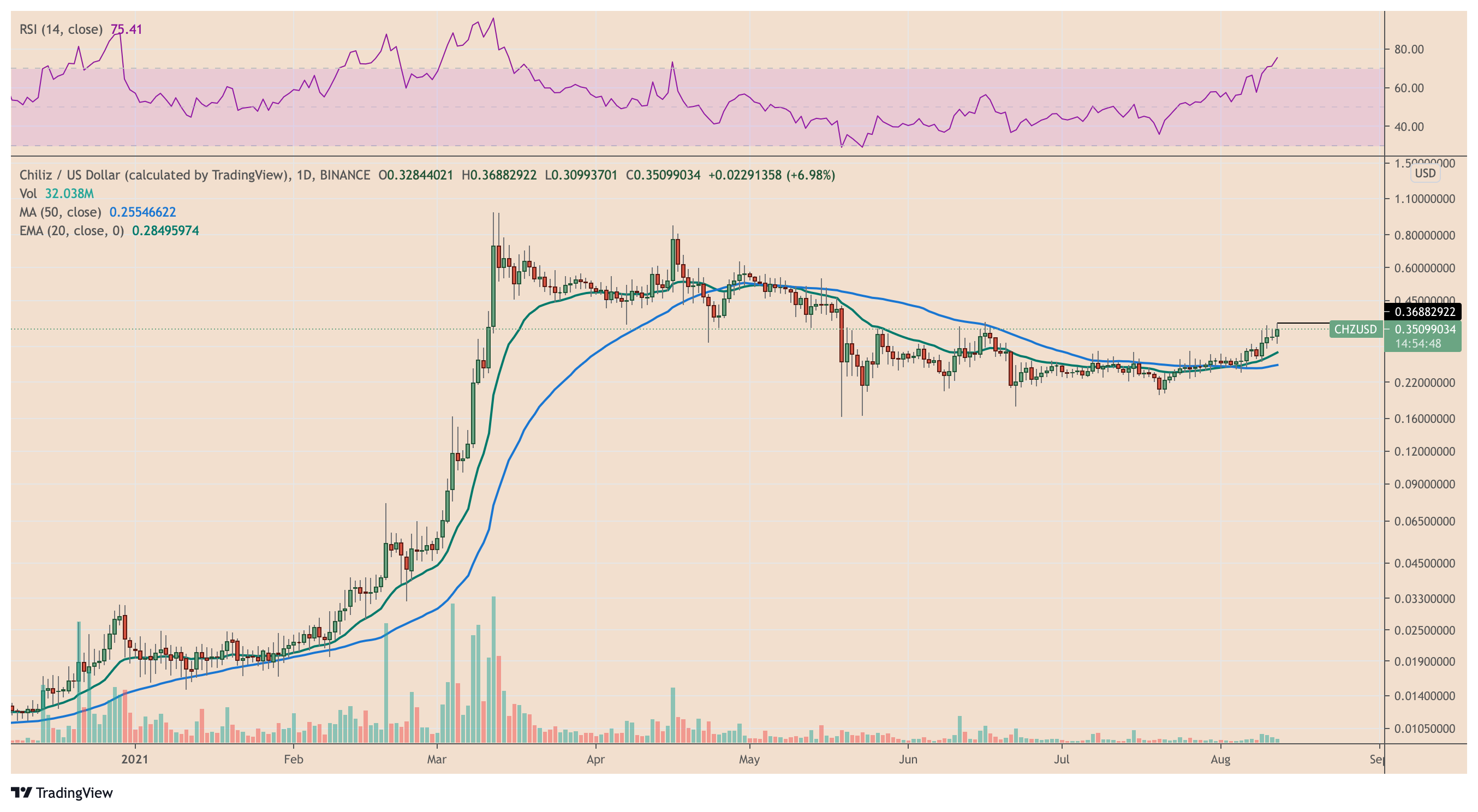 The news, on the whole, served as a validation of the sports industry’s active foray into the widely untapped world of cryptocurrencies. In doing so, clubs are attempting to employ digitized tokens to provide holders the right to vote on minor decisions and enable them to buy sports merchandise.

On the other hand, fan tokens’ popularity also served as an opportunity to gauge fan sentiment for any decision a club makes. For instance, the PSG token’s rally to an all-time high based on potential Messi recruitment helped showcase the club’s followers’ approval of the decision.

Socios Chiliz exchange founder and CEO Alexandre Dreyfus noted that clubs that signed up with them at the early stage made massive profits in terms of revenue. When the business model of monetizing fan engagement worked financially, more clubs joined.

“The thing is, all of these teams, they talk to each other,” Dreyfus told Sports Pro Media.

“So they call each other and say, ‘hey, can we have more information about your partnership with Socios? Does it work? Are we legit? Did you really get paid the amount you got paid?’”