The amount of Bitcoin (BTC) held by whales increased by around 14% after Tesla announced its foray into the cryptocurrency sector in early February 2021.

The latest data from on-chain analytics platform Glassnode shows an inflow of roughly $19.5 billion worth of Bitcoin — according to current exchange rates — into wallets that hold at least 100 BTC and a maximum of 1,000 BTC. The deposits spiked right after Tesla revealed in its January securities filings that it had added $1.5 billion worth of BTC to its balance sheet.

The news hit the wire on Feb. 8 when the cost to purchase one Bitcoin was as low as $38,057 on Coinbase. The rates had shot up to $65,000 by mid-April, driven higher by bulls expecting Tesla’s involvement in the cryptocurrency sector to influence more corporates into adding Bitcoin to their balance sheets.

The adoption prospects for Bitcoin among corporates and other institutions boomed because of the cryptocurrency’s anti-inflation narrative. Many speculators projected Bitcoin as an insurance against the Federal Reserve’s expansionary monetary policies that sapped investors’ appetite for traditional safe havens like the United States government bonds and the U.S. dollar.

Tesla, in its first-quarter filing to the U.S. Securities and Exchange Commission, also noted that it wanted to buy Bitcoin by utilizing its unused cash reserve worth $1.5 billion, hinting that the electric carmaker was looking to offset potential dollar devaluation risks. 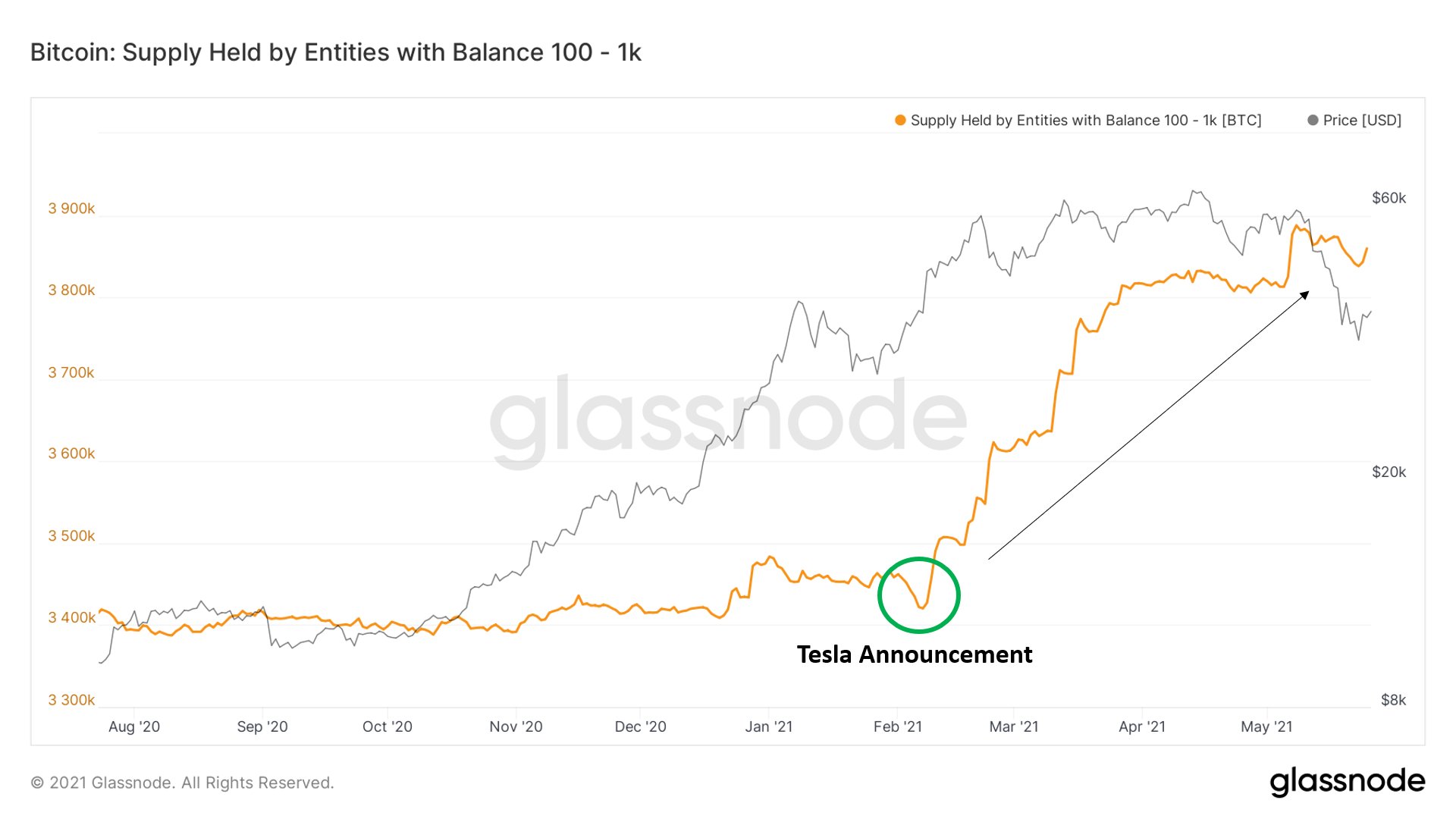 The entire Tesla episode served as a bullish cue for investors looking to maximize their returns from the Bitcoin bull run. The Glassnode metric showed that the Bitcoin supply held by 100-1,000 BTC wallets was stable before Tesla’s announcement but spiked dramatically after it.

The outcome revealed that bigger whales sold their Bitcoin holdings following Tesla’s announcement. As a result, they became part of the 100-1,000 BTC supply group. 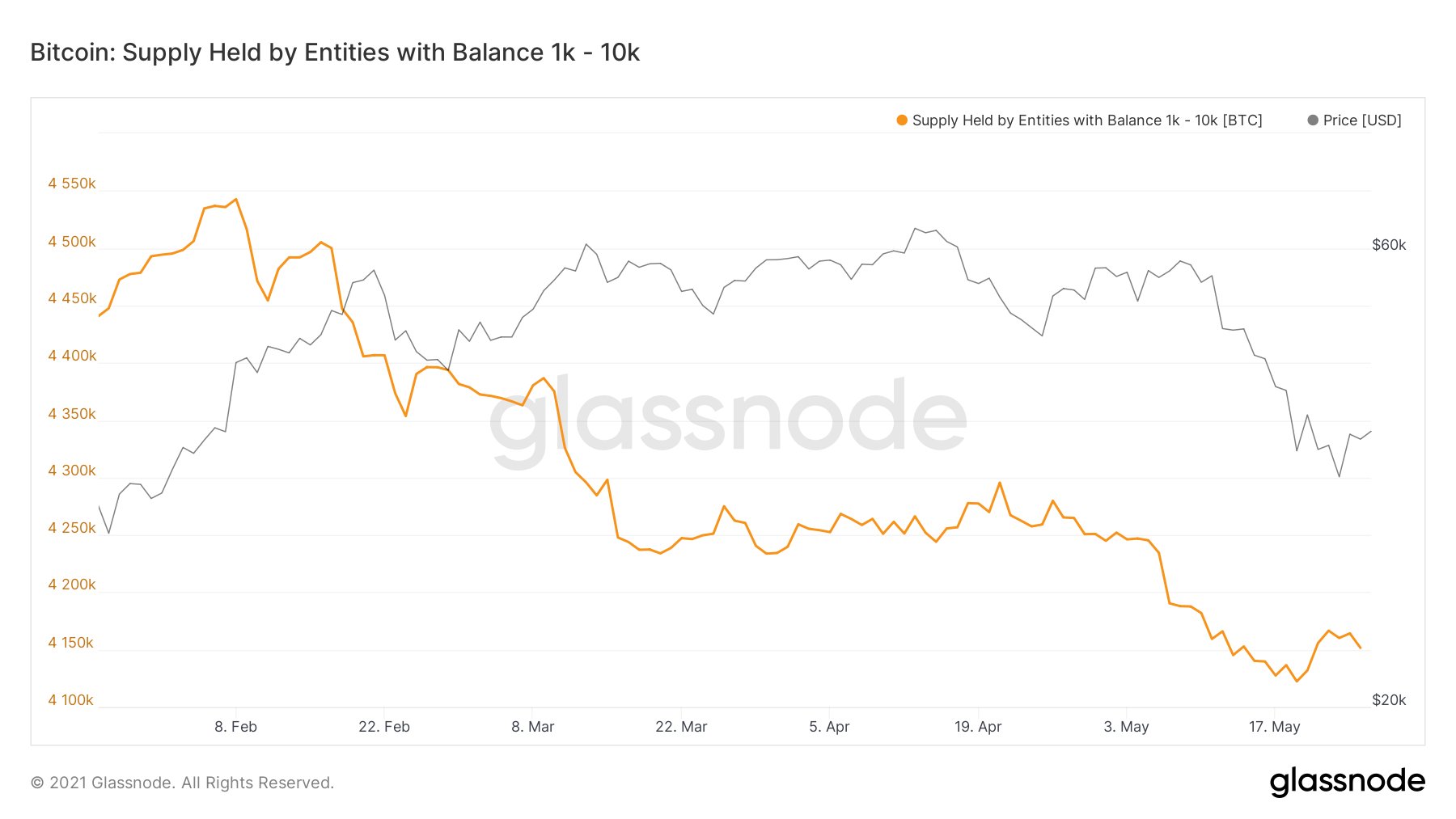 Meanwhile, the sell-off from the 1,000-10,000 BTC supply group did little in offsetting the Bitcoin bull run. The cryptocurrency approached its all-time high of $65,000, indicating smaller whales and retail traders absorbed the selling pressure from bigger investors.

Bitcoin is trading around $39,300 at time of writing, down roughly 38% from its record peak in mid-April.