Bitcoin (BTC) at $47,000 is turning heads but is in fact only the “worst-case scenario” for one of its most popular analysts.

In a tweet on Aug. 13, PlanB, creator of the stock-to-flow family of Bitcoin price models, reiterated that $47,000 should be just the beginning for BTC/USD.

Bitcoin price no longer in its “worst case scenario”

Following the May miner rout from China and accompanying BTC price crash, long-established price models based on the stock-to-flow principle saw a major test of their reliability.

Even PlanB himself had moments of uncertainty as Bitcoin dipped to lows of $29,000.

At the time, however, he predicted that a return to strength as the dust settled on the mining reorganization would propel the market far higher.

August, or more specifically the August close, should be $47,000, he said. On a month-by-month basis, BTC/USD should then continue rising to hit an end-of-year “worst-case scenario” price of $135,000.

In a potentially interesting twist, the coming weeks could even see a modest reversal closer to $40,000, according to the same prediction. So far, bears have had a tough time keeping the market down for long, analysts pointing to multiple factors, all favoring upside over a correction.

Realized cap, a method of assessing Bitcoin’s market cap based on the price at which each coin last moved, broke all-time highs with Friday’s move higher. It now stands at over $378 billion.

“The network has more money in it today at $47k than it did at $64k in April. Realised Cap estimates this by summing the price paid for every coin in BTC’s circulating supply.” 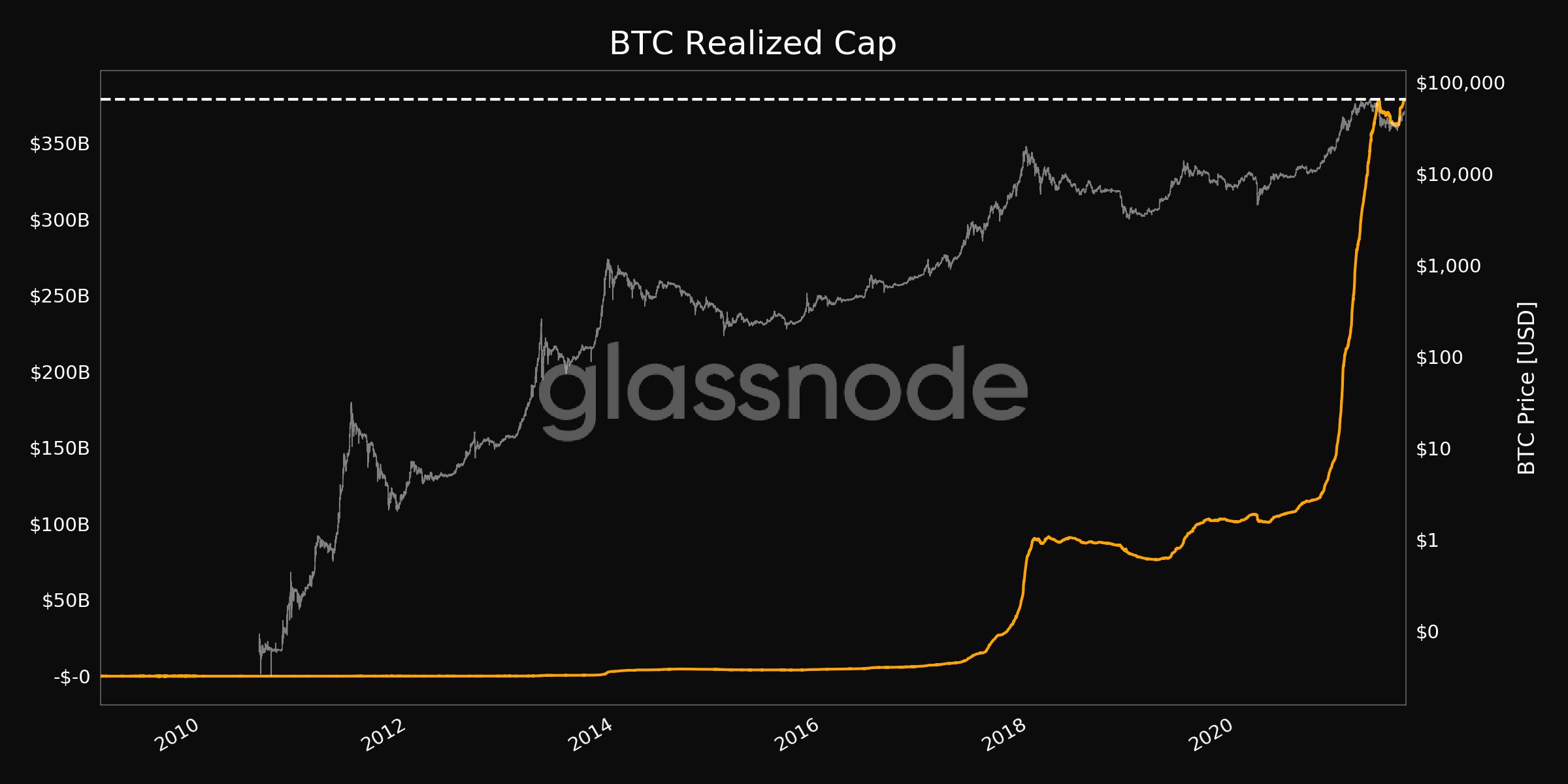