Distributed Denial of Service (DDoS) is a form of attack that is becoming common on the internet. It is a type of DOS attack where multiple compromised systems, which are often infected with a Trojan, are used to target a single system causing a Denial of Service (DoS) attack.

In 2017 alone, several blockchain exchanges have experienced DDoS attacks, knocking them offline for some period of time, and in some cases being extorted of ransom while traders incur losses as well.

Some of the major exchanges that have been affected this year alone include Bitfinex, whose tweet on Feb 21 confirmed an attack which they identified and blocked. 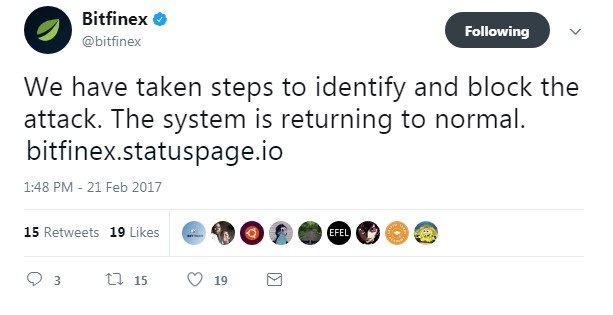 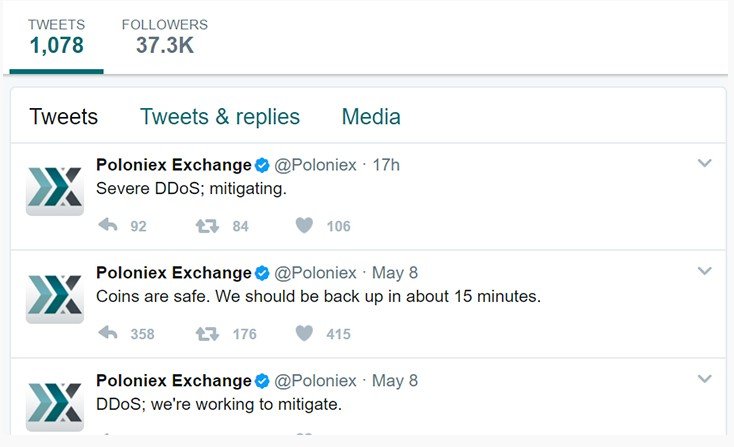 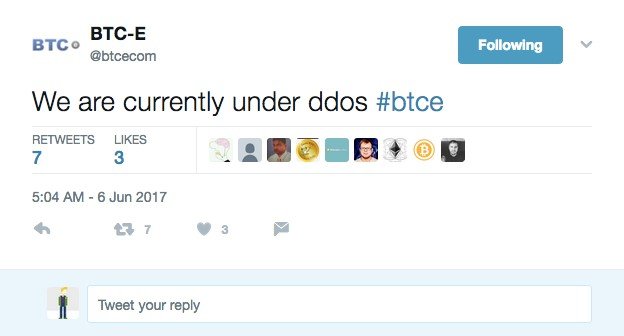 DDoS attacks are complicated in the sense that they originate from multiple sources, sometimes hundreds of thousands making it difficult to differentiate between legitimate user traffic and attack traffic. Basically, the attacker’s intention is usually to bombard its target with bad traffic, shutting out genuine users in the process. Such situations always lead to a lot of chaos and losses both on the attacked platforms and on its users as well.

With several vendors offering ways of preventing or protecting one’s server against DDoS attacks, using centralized system is only a tool to raise the bar higher than the attackers can conquer per se. The question is, what happens when the attacker acquires more resources to conquer your status?

This is why blockchain platform, Gladius is launching a decentralized system that will accommodate millions of computers, collecting bandwidth and power at the same time to distribute it to websites under attacks to stop the “internet terrorists” behind DDoS attacks.

Gladius is basically building a CDN and DDoS protection system on the blockchain where anyone can donate their underutilized bandwidth and help protect and accelerate websites throughout the world while earning tokens (money) in the process.

In order to achieve this, Gladius runs a pool that consists of a DNS server that returns IP addresses based on geographical location of the client, many high-speed nodes to filter and accelerate traffic, and a final proxy to protect the IP address of the destination server.

Using this architecture enables a potential website to provide static content that is extremely geographically close to the client, while also protecting them by employing traditional DDoS mitigation techniques spread over an extremely fault tolerant network. Websites can then purchase the power of these pools through a competitive decentralized marketplace ensuring the best prices and the best performance.

Earning from a redundant resource

Using a computer’s spare bandwidth, anyone can join a protection pool and start making money by filtering and accelerating traffic. Websites can purchase the services of these pools through a marketplace that creates intense competition creating the best performance at the best prices.

In essence, using the existing centralized system is limited since the process involves the use of centralized servers to absorb the large volume of spam information that can result in DDoS, hence it all boils down to capacity.

Gladius offers an infinite capacity which is boosted by the incentivization of users who offer their usually redundant bandwidth and computing power. Therefore, there will indeed be an unlimited reserve of ammunition to repel any intending attack, while contributors stand to be rewarded adequately. Gladius is doing a token sale on November 1st and the presale is running now.

Startups like this aim to better the internet and cyber security, and thanks to the Blockchain technology, these advancements are a reality.