Institutional Bitcoin (BTC) investors are in the spotlight as an upcoming major cashout date sparks talk of fresh price volatility.

As noted by popular Twitter commentator Loomdart and others this week, attention is focusing on buyers and sellers of the Grayscale Bitcoin Trust (GBTC) as Bitcoin hovers near $40,000.

A giant in the institutional Bitcoin space, GBTC has over $24 billion in assets under management.

It is not available constantly — as Cointelegraph reported, the trust operates with periodic closures, which this year have coincided with its buy-in price trading at a discount to spot price.

This negative “GBTC premium” has formed a major talking point in its own right, as invested funds are locked up for a set period and then released, allowing investors to cash out at certain times depending on when they bought in. 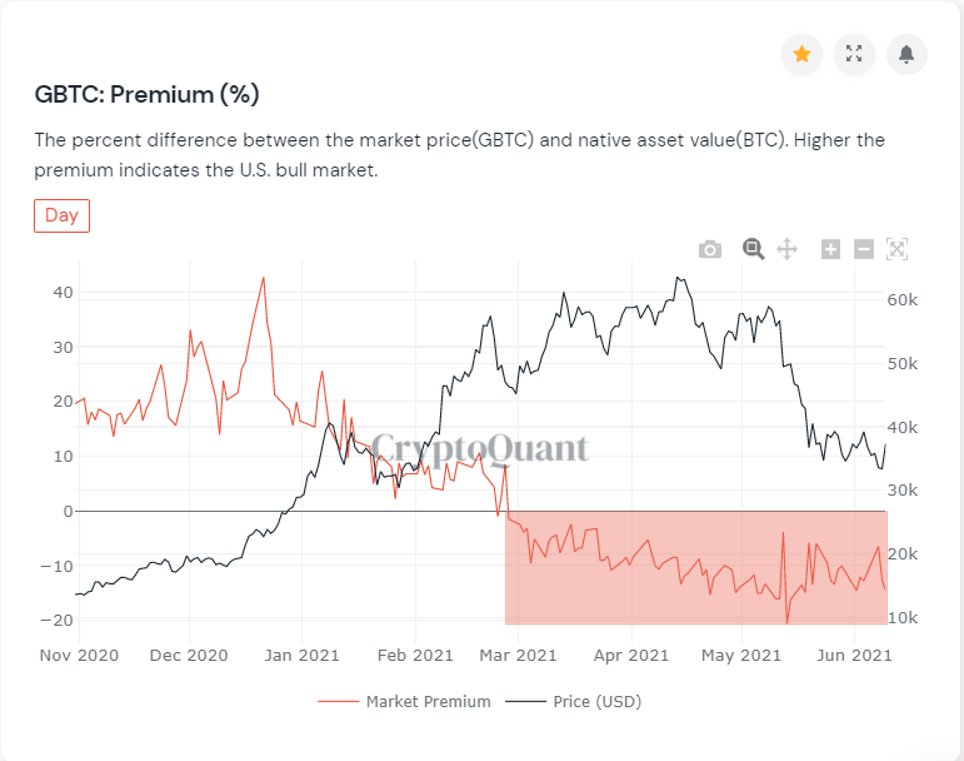 A combination of negative premium relative to spot and a large unlocking of funds means that July will be particularly interesting for BTC price action. Previously, such an alignment has meant increased volatility.

This would form a refreshing counterpoint to the broadly bearish picture on institutional markets, with open interest in Bitcoin futures way down versus prior to the May price dip to $30,000.

On-chain analytics resource CryptoQuant noted the decline in interest last week, something which, in turn, came in tandem with a dramatic decline in overall BTC transaction numbers.