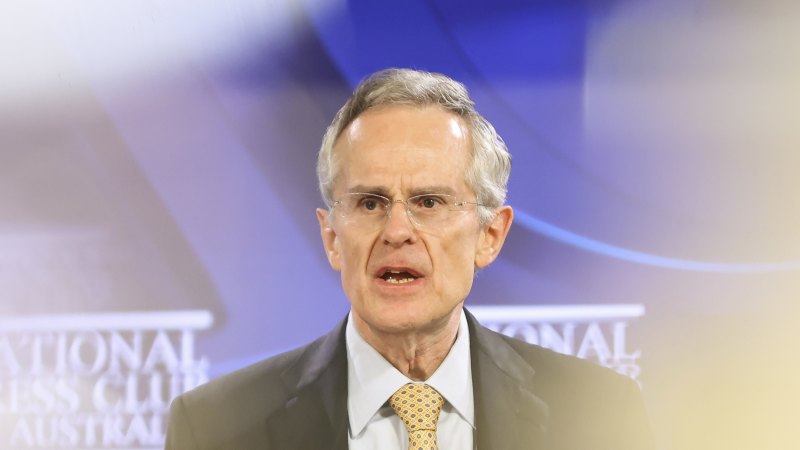 In his parting remarks last week, veteran econocrat Rod Sims, boss of the Australian Competition and Consumer Commission, offered some frank advice to his political masters and big business.

Let me put it even more frankly than he did: if governments don’t require businesses to improve their behaviour, voters and consumers could lose faith that they’re getting a fair shake from a lightly regulated economy and fall for populist solutions that make things worse for everyone. 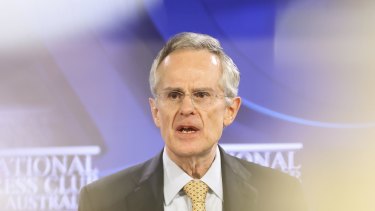 Though business leaders make speeches in praise of competition, the truth is businesses hate competition. Why wouldn’t they? It makes their jobs much harder. To the extent the law allows, they buy out or bankrupt small competitors, and take over big ones.

In its public statements, the Business Council poses as wanting economic “reform” in the interests of us all. Behind the scenes, it lobbies governments hard to preserve big businesses’ ability to take over competitors and to impose unreasonable terms in transactions with small businesses.

The competition commission and whoever’s running it get a hard time from business interests. The more effective that person is, the more criticism they attract.

Politicians make speeches about the importance of small business because all those owners add up to many votes. But pollies yield to the lobbying of big businesses because they make generous donations to party coffers, which can be used to buy votes through advertising and the rest.

It follows that the competition commission and whoever’s running it get a hard time from business interests. The more effective that person is in seeking to achieve “effective competition”, the more criticism they attract.

Whenever they take court proceedings that fail, there’s much crowing by business commentators. Elsewhere, competition regulators are attacked for being sleepy and toothless watchdogs.

Of course, public servants are too discrete to say all that. So let’s switch to what Sims actually said in his valedictory speech to the National Press Club. It was frank – by the standards of econocrats.

“When I arrived at the commission [11 years ago] I mentioned my main objective in chairing the commission was ‘that Australians see that a market economy and strong competition work for them and that they see the commission working tirelessly for the long-run interests of consumers’, he said.

“We must recognise that a market-based economy is fragile, as its organising principle relies on companies and businesspeople pursuing their own self-interest. This is not an obvious way to organise things.

“For this to work to the benefit of all Australians requires, at a minimum, strong competition between firms and strong enforcement of the Competition and Consumer Act.

“In our society, large established businesses have a strong voice, which is not surprising as the largest firms employ many people and supply Australians with many of their needs.

“Often, however, the understandable interest of large established businesses in short-term advantage sees them, I believe, work to the disadvantage of their own long-term interests,” he said.

Large established businesses had opposed all the main changes to the competition Act when they were introduced, he said. For example, laws against misleading and deceptive conduct.

“I would ask, however, how many specific interventions and extra red tape would we now have that would damage our market economy, if we did not have this general provision?”

The competition Act largely had economy-wide laws, whose effectiveness underpinned the necessary wide acceptance of market economy. “Perceptions of unfairness and inequity will see faith in a market economy eroded,” he warned.

Last week Sims said “large established businesses and their advisers will oppose these changes, but my guess is that well over 90 per cent of Australians would support them. Further, I think such changes would strengthen our market economy, and would benefit the vast majority of Australian businesses.” (He means the smaller ones.)

When Sims took over the commission in 2011, it had a near-perfect success rate in its court actions. He took this as a sign it was being too cautious in its efforts to enforce the law.

Eleven years later, “we have a good win/loss record, including recent guilty pleas in cartel cases, including by individuals in two criminal cases. I recognise, however, that we have had some losses, including in a recent high-profile case.”

The commission’s record on enforcing the protection of consumers “includes creative wins against companies such as Trivago (where we unpicked its algorithm) and Google, and we have seen penalties imposed by the courts for breaches of the Act increase from $1 million being seen as high, to recent penalties of $50 million against Telstra, $125 million against VW, and $153 million against AIPE, a vocational education provider.”

Let’s hope Sims’ successor is just as diligent in protecting the market economy against its own excesses.