Monte Wiederhold, a truck driver with more than four decades of experience, slams President Biden’s speech touting progress in the industry, arguing that the regulations drivers face should be reduced.

As part of an effort to keep its supply chain moving, Walmart is offering new truck drivers a starting salary range of $95,000 to $110,000 for their first year.

"Drivers who have been with Walmart longer can earn even more, based on factors like tenure and location," Walmart's senior vice presidents of transportation and supply chain people, Fernando Cortes and Karisa Sprague, added in a blog post on Thursday.

A Walmart spokesperson told FOX Business that new truck drivers could previously make an average of $87,500 in their first year.

The retailer has also launched a 12-week private fleet development program, where existing supply chain workers in Texas and Delaware can earn their commercial driver's license (CDL) and join Walmart's private fleet. The program covers the cost of earning a CDL, which can typically be between $4,000 and $5,000.

According to Walmart, the program has had a total of 17 graduates to date. The company hopes to train between 400 and 800 new drivers this year and eventually make the program available to all Walmart associates. 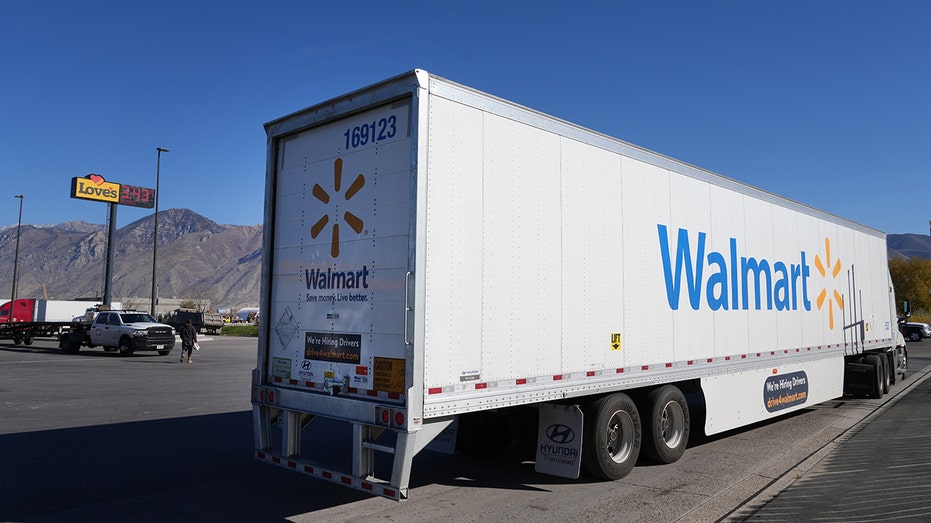 A Walmart truck pulls away after fueling up along with other truckers at the Loves Truck stop on Nov. 5, 2021 in Springville, Utah. (George Frey/Getty Images / Getty Images)

Walmart has approximately 12,000 truck drivers in its workforce after hiring about 4,500 people last year. In addition to its hiring efforts, the company has tested autonomous trucks to help fulfill online orders.

The American Trucking Association estimated in October that the U.S. is facing a shortage of about 80,000 truck drivers. In March, the trucking industry lost 4,900 jobs.

"Drivers are in high demand today – a fact exacerbated by COVID," the ATA said in a March 25 release. "To attract and retain drivers, fleets must increase pay, which is now happening at extraordinary levels."

The trade group notes that weekly driver earnings are surging at a rate of more than five times their historical average. Long-haul truckers have seen a more than 25% increase since the beginning of 2019. In addition, some fleets are offering five-figure sign-on bonuses and full benefits to attract talent.

According to the White House, trucking moves 72% of American goods. Trucking costs grew more than 20% last year following a coronavirus-pandemic induced surge in demand for goods.

In December, the Biden administration unveiled a Trucking Action Plan to increase the supply of truck drivers, which includes $57 million in funding to help states expedite the process for earning a commercial driver's license. Since January, states have issued more than 876,000 CDLs, and license processing in January and February increased 112% year-over-year.

In addition, the Department of Transportation launched a 90-day trucking apprenticeship challenge, which has seen over 100 employers across trucking, food and grocery, and the oil and gas industries launch registered apprenticeship programs.