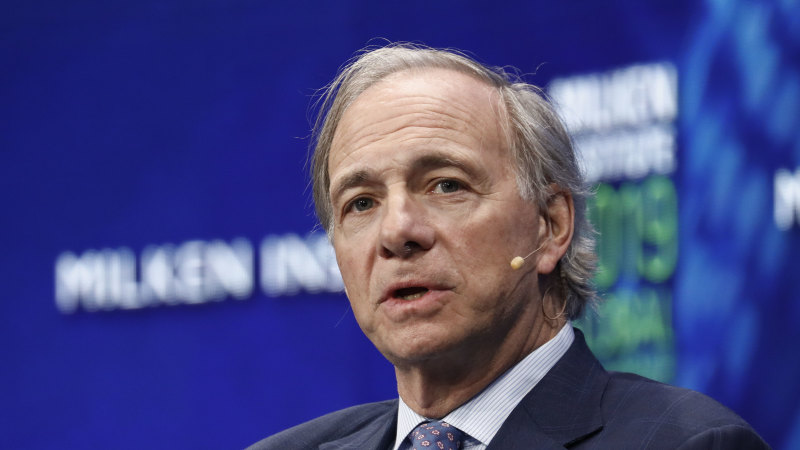 Ray Dalio made his name by predicting the financial crisis of 2008. He has built the world’s largest hedge fund, Bridgewater Associates, with some $US223 billion ($308 billion) under management. He has also become something of a public intellectual and life coach, advocating a particular style of management he describes as “radical transparency.”

In two weeks, his third book in five years, The Changing World Order, will be published. It is an attempt to better understand the current economic environment and the challenges that it presents by delving into centuries of economic ups and downs. 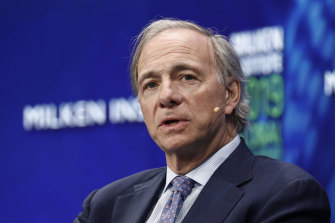 Hedge fund billionaire Ray Dalio says Americans misunderstand the Chinese and their own place in historyCredit:Bloomberg

The book is a provocative read for those of us questioning where in the arc of history the American empire resides and what may happen to the economy next. There are few tomes that coherently map such broad economic histories as well as Dalio’s. Perhaps more unusually, Dalio has managed to identify metrics from that history that can be applied to understand today. He examined four empires: the Dutch, British, American and Chinese.

He writes that each followed almost the exact same path:

“Rising education leads to increased innovation and technology, which leads to an increased share of world trade and military strength, stronger economic output, the building of the world’s leading financial centre, and, with a lag, the establishment of the currency as a reserve currency. And you can see how for an extended period most of these factors stayed strong together and then declined in a similar order. The common reserve currency, just like the world’s common language, tends to stick around after an empire has begun its decline because the habit of usage lasts longer than the strengths that made it so commonly used.”

Today, Dalio is most concerned about the end of the American empire and the beginning of another Chinese empire, a transition he believes could lead to war. He writes that Americans misunderstand the Chinese and their own place in history:

“300 years seems like a very long time ago to Americans, but for the Chinese, it isn’t long at all. While the prospect of a revolution or a war that will overturn the US system is unimaginable to most Americans, both seem inevitable to the Chinese because they have seen those things happen again and again and have studied the patterns that inevitably precede them. While most Americans focus on particular events, especially those that are happening now, most Chinese leaders view current events in the context of larger, more evolutionary patterns.”

He believes any attempt by the United States to control or change China will only backfire: 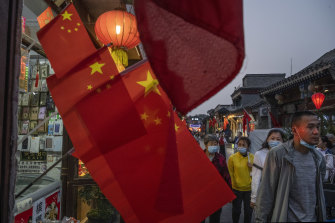 Dalio says that Americans misunderstand the Chinese and their own place in history.Credit:Getty

Ultimately, he concludes that “If the US continues to decline and China continues to rise, what matters most is whether or not each can do so gracefully.”

I spoke to Dalio by video call, and he acknowledged that before doing the research, he “really didn’t have much of an understanding of the connection with internal conflicts, external conflicts, the cost of war — financial and non-financial — and the impact of nature.”

He was particularly shocked by the role of natural disasters on economies. “Nature, meaning climate, it was surprising to me — that it caused more revolutions and more deaths and wars and depressions,” he said.

Dalio said he’s not a pessimist. “I’m not trying to be fatalistic,” he said. “I am trying to give that arc. I’m trying to get measurements that are objective.”

Asked to name a comparable period in history that ended well, Dalio pointed to the late 1960s, during the Vietnam War and the War on Poverty, when the value of the dollar was decreasing and inflation was increasing rapidly. “We got through that with adjustments,” he said, “though we didn’t have an external power that was as strong as China.”

Still, he is not convinced that central bankers can solve current challenges such as supply chain shortages and inflation, which is one of the reasons that he has become intrigued by cryptocurrencies, especially bitcoin.

He said one of the superpowers of the central bank is that most people don’t understand the relationship between monetary policy and the value of their money.

“It’ll be hidden,” he said. “People will look at how much they’re worth in nominal dollars, not in inflation-adjusted dollars. So they’ll say, ‘I’m safe,’ as they will lose 4, 5, 7 per cent per year.”

Dalio is convinced that if people better understood this and understood the various cycles of economies, their outcomes would be better, and crises would be easier to avert.

This article originally appeared in The New York Times