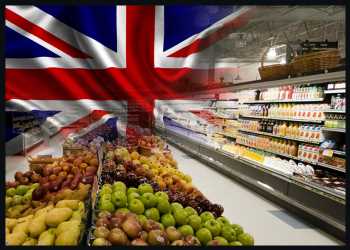 UK retail sales declined more than expected in March and the falling trend is likely to continue as consumer confidence fell to near record low in April amid rising inflation and interest rates.

Retail sales dropped 1.4 percent on a monthly basis, largely due to the 7.9 percent fall in non-store retailing. Sales were forecast to fall 0.3 percent after a revised 0.5 percent decrease posted in February.

Food store sales decreased 1.1 percent on month, reflecting higher spending in pubs and restaurants linked to the relaxation of COVID-19 restrictions, as well as the impact of rising food prices on the cost of living.

Meanwhile, non-food store sales volumes rose at a faster pace of 1.3 percent in March because of growth in other non-food stores and household goods stores.

On a yearly basis, growth in retail sales volume eased sharply to 0.9 percent in March from 7.2 percent in February. Sales were expected to climb 2.8 percent.

On the other hand, retail sales excluding auto fuel, slid 0.6 percent, after rising 4.7 percent a month ago. Economists had forecast an annual growth of 0.7 percent.

Data showed that the proportion of retail sales online fell to 26.0 percent in March, its lowest proportion since February 2020.

The sharp decline in sales in March suggests that households are already paring back spending to cope with higher costs for food and fuel, Bethany Beckett, an economist at Capital Economics, said. That is only likely to worsen in the coming months as the cost of living crisis intensifies.

Earlier in the day, survey results from the market research group GfK showed that the consumer confidence dropped to a near historic low in April as rising inflation and interest rates dampened household finances. The corresponding index declined to -38 in April from -31 in March.