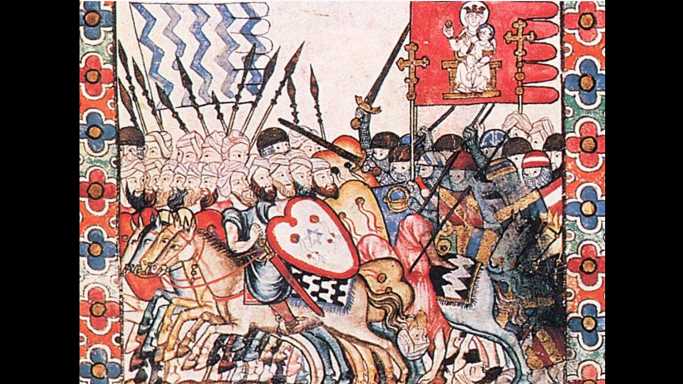 Wars in which America has participated have been short by historical standards. The American Revolution ran from 1775 through 1784. The Civil War lasted from 1861 through 1865. Eight decades later, America’s participation in World War II lasted only from 1941 through 1945.

Throughout history, wars have lasted much longer and have been fought for a variety of reasons. Independence, religion, territory and political ideology have been some of the causes soldiers have put their lives on the line for. Many have decided that money is worth going to war over. Mercenaries were common in ancient battles, and when the first recorded war ended, the victorious Sumerians “carried away as spoils the weapons of Elam.” As the world has progressed, war is still profitable. Many companies earn billions from war to this day.

Some wars are quick, especially for countries that spend a lot on their military. However, this is not always the case. Before technology made it possible to kill many enemies from anywhere, opposing sides could retreat, take refuge in a fortified castle, and wait to go back out and fight. This allowed some wars in the past to drag out for decades and even centuries.

24/7 Tempo has determined the longest war in history by reviewing data and articles from various sources. The conflicts we looked at had to be sustained over a period and intended to resolve political or territorial disputes.

The longest war in history was the Iberian Religious War. Here are the details:

The longest continual war in history was the Iberian Religious War, between the Catholic Spanish Empire and the Moors living in what is today Morocco and Algeria. The conflict, known as the Reconquista, spanned 781 years, more than three times as long as the United States has existed. As the Moors crossed the Mediterranean Sea and claimed territory in Europe, Spain was uncomfortable with encroachment by non-Christians and met the Moors in battle. Though it was not part of the Crusades, the war was supported by the Catholic Church. In the 15th century, Moorish power and territory waned. In 1492, the Spanish recaptured Grenada and cemented their status in the region, ending the Reconquista.

Click here to read about the 20 longest wars in history.