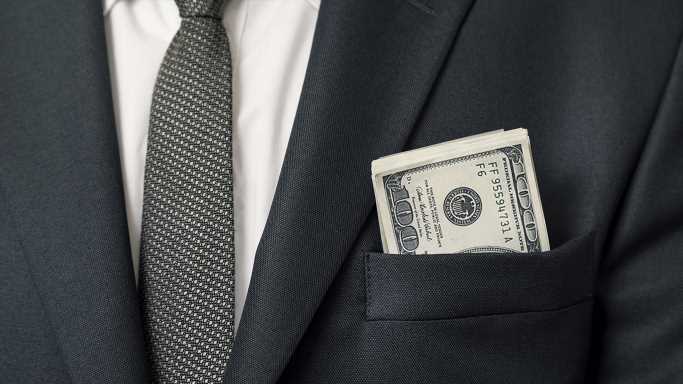 By some estimates, America’s hedge fund companies made over $125 billion for their owners and managers last year, betting for and against stocks, commodities, bonds and currencies (even cryptocurrencies). Some take short positions, as was highlighted recently with a rush of trades around GameStop and other stocks. Some hedge funds operate with software that does much of the trading, pulling out the human element.

Among the prevalent opinions about hedge funds is that they make no contribution to the wider American economy, that they only exist to make money for their owners and wealthy client bases of individuals and institutions. To show how much these owners can make, note that four hedge fund managers together made $10.7 billion last year.

Hedge funds usually make money through a percentage of the assets they manage, often 2% of the total. They take another 20% of any gains they make for customers each year. Even though these arrangements differ from fund to fund, it is simple to see that a fund that has billions of dollars can make managers a great deal of money, even if they do not perform well.

At the top of the list of managers based on 2020 compensation, according to Institutional Investor, is Israel “Izzy” Englander, who runs Millennium Management. He made $3.8 billion last year, which is more than the profits of many Fortune 500 companies. His flagship fund had a 26% return. He has been among the top hedge fund managers as counted by Institutional Investor for 19 of the past 20 years. Forbes puts his net worth at $7.2 billion.

Next on the list, James Simons of Renaissance Technologies made $2.6 billion. He has run one of the largest hedge funds in America for decades. Most trading at his firm is done by formula and not by human traders. His flagship fund rose 76% last year. Forbes has set Simon’s net worth at $23.5 billion.

Chase Coleman of Tiger Global Management made $2.5 billion last year. His fund returned 48% in 2020. Forbes lists his net worth at $6.9 billion.

Kenneth Griffin of Citadel made $1.8 billion. His flagship fund had returns of 24%. Griffin was very visible in the GameStop/Reddit trading fiasco, as his firm clears trades for brokerage firm Robinhood. Griffin already has spent time before Congress as it examined his role. That sort of questioning likely will move to the Securities and Exchange Commission, as issues about how he made money on the trading frenzies emerge. Forbes lists his net worth at $15.0 billion.

The top 10 hedge fund managers on the Institutional Investor list each made over $1.4 billion last year. That raises ongoing questions about the American society and economy and about its financial rewards. Should money managers who employ few people make billions while factory workers, firemen and teachers make well under $100,000? To some extent, the debate does not matter. The pay rates of the top hedge fund people have not changed in years, nor are they likely to.

Click here to find out who America’s highest-paid CEOs are.