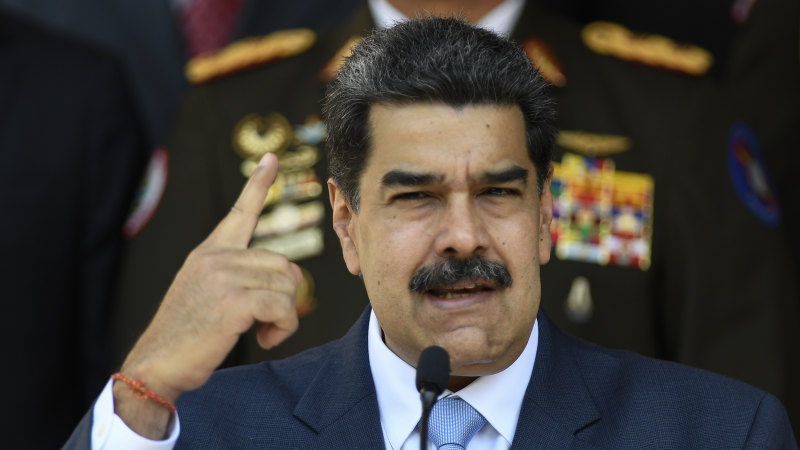 As Russia’s economy is frozen out by the West, other pariah states including Venezuela and Iran are coming in from the cold.

US officials have flown out to Caracas and held talks with Tehran as Washington prioritises the economic war against the Kremlin in the race to find new energy supplies. 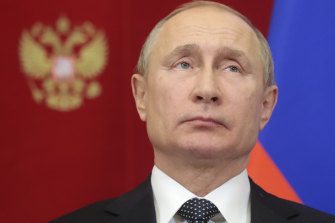 Russia is facing a long-term isolation from much of the global economy and its people will pay the price.Credit:AP

It was only two years ago that Washington attempted to use its might to topple Nicolás Maduro’s regime in Venezuela, but earlier this month it went to the oil-rich country with a potential olive branch. An agreement to lift sanctions on Iran to revive the nuclear deal could also be close.

As US relations with Caracas and Tehran thaw, Russia is facing an isolation from much of the global economy. Whether it can survive is another question.

Madina Khrustaleva, Russia analyst at TS Lombard, says: “From what we see right now it looks like Vladimir Putin and his government are preparing for a marathon rather than the sprint. They are preparing for long-running isolation.”

The likes of Iran, Cuba, North Korea and Venezuela offer some hope, yet also provide a cautionary tale for the Kremlin. The authoritarian regimes among them have survived being cut off from much of the world but it came at an economic cost for their people.

“There’s been a rupture now with the West and that’s likely to be a permanent scar on Russia’s relations with the Western part of the global economy,” says Richard Connolly, a Russian economy expert at the Royal United Services Institute. “No one’s ever done it to a country this big, an economy this large and diversified.”

However, he adds: “The size and the diversity of the Russian economy puts them in a better position than those other smaller countries who’ve been subjected to the sanctions before… there’ll be a cost to that adjustment, but adjust I think they will.”

Even Putin seems to realise the scale of the huge economic shifts following what he described as the West’s financial “blitzkrieg”. “Our economy will need deep structural changes in these new realities, and I won’t hide this,” the Russian President said earlier this month as the list of sanctions continued to grow. As it stands, Russia is completely self-sufficient in energy and increasingly so in food production, but it is more heavily reliant on imports of many other goods, particularly Western technology as a “digital iron curtain” emerges.

Liam Peach, an emerging markets economist at Capital Economics, says: “The restrictions on exports of high-tech goods into Russia and the West will impact various sectors of the economy. 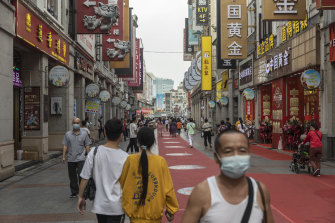 Countries such as China and India could become more important for Moscow’s exports, particularly in energy, while helping to fill the gap left behind by Western tech.Credit:Bloomberg

“This is going to create quite a lot of cost because Russia simply does not have the technological capability to reproduce those goods that otherwise would have been imported from abroad.”

A crucial part of the economic isolation facing Russia is the “self-sanctioning” of foreign companies in almost every sector from retail to manufacturing. Swathes of firms, such as Heineken and Coca-Cola, have stopped selling their products in Russia, and more are halting production.

Benjamin Hilgenstock, an economist at the Institute of International Finance, says the economic cost of this exodus is “even more meaningful in the medium and long term” than the immediate hit to output, leading to a “permanent weakening of key sectors”.

“The retreat of foreign competitors will provide opportunities for domestic companies to fill the gap, resulting in an increasing decoupling of Russia from the global economy.”

While this long-term isolation will undoubtedly be highly damaging to the Russian economy, the country may be less exposed than others on trade.

He calls this “Fortress Russia pushed to the extreme”, causing foreign investment in the energy sector to dry up, as well as untapped resources.

While this long-term isolation will undoubtedly be highly damaging to the Russian economy, the country may be less exposed than others on trade.

The West is aiming to rapidly shift away from Russian energy, but it has avoided trade sanctions that would severely damage their own economies, such as banning gas and metals.

Goldman economist Clemens Grafe says: “If Russia were fully integrated into global supply chains, restrictions on imports and exports would be immediately destructive.”

What Russia can learn from its fellow rogue states is the need for anti-Western friends and a bit of creativity. Just over 90 miles from the tip of Florida, Cuba’s economy survived the US trade embargo by first relying on Soviet subsidies and then help from Venezuela following the end of the Cold War. Havana has traded its plentiful supply of doctors for oil with Venezuela. Economies in Asia, such as China and India, could become more important for Moscow’s exports, particularly in energy, while helping to fill the gap left behind by Western tech.

In February, Moscow and Beijing agreed a 30-year deal to supply gas to China through a new pipeline. Russia also already gets 80 per cent of its machinery imports from China, up from 10 per cent two decades ago, according to JPMorgan.

Tingting Ge at JPMorgan says a diversion of trade towards China is “technically feasible” but would be constrained by capacity, transport costs and geopolitical concerns.

“Concerns about secondary sanction risks will also reduce the incentive for China to meaningfully increase imports from Russia and take a re-export role,” she says. 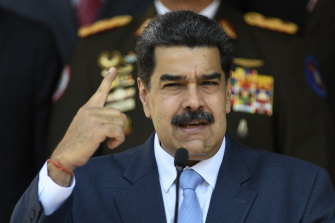 It was only two years ago that Washington attempted to use its might to topple Nicolás Maduro’s regime in Venezuela, but earlier this month it went to the oil-rich country with a potential olive branch.Credit:AP

Nonetheless, even if Western sanctions do not collapse the Kremlin’s economy, they will undoubtedly make Russians poorer.

North Korea’s GDP per capita is estimated to be one twentieth of its highly Westernised and open neighbour South Korea. Prior to the pandemic, tighter sanctions backed by China and Russia in response to missile tests had caused North Korea to suffer sharp contraction.

Iranians have also felt the squeeze from sanctions after Donald Trump pulled the US out of the 2015 multilateral nuclear deal agreed with Tehran: World Bank data suggests GDP per capita in Iran slumped by 56 per cent between 2017 and 2020.

James Nixey, director of the Russia and Eurasia programme at Chatham House, says: “These sanctions are worse than Iran – they are more comprehensive. Russia is even more isolated than Iran was.”

As Moscow beds down for long-term economic isolation, lessons from Iran, North Korea and Venezuela suggest the cost of such a strategy will fall on ordinary Russians.

28/03/2022 Economy Comments Off on The deep freeze: Moscow can learn lessons from other economic pariahs
Markets