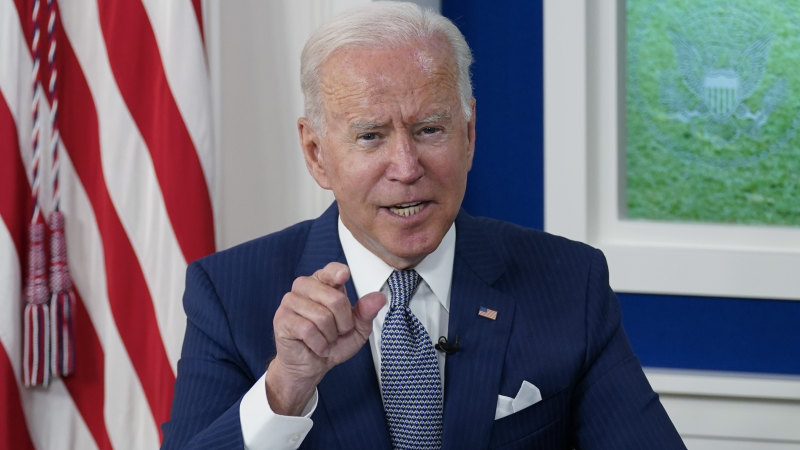 It is hard to keep giving Joe Biden the benefit of the doubt. The emergency release of oil stocks from the US strategic petroleum reserve this week violates every rule of statecraft and market management.

To borrow from Napoleon, if you say you are going to take Vienna, take Vienna. The White House has just succeeded in driving up the price of crude oil in a bungled attempt to do the opposite. A release of 50 million barrels – with double-counting – is barely 12 hours of global consumption and too small to swing a giant complex market. 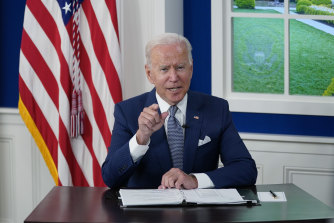 Washington now has a bigger problem on its hands. Oil market bulls are stirring because they have seen Biden play and waste a useful card. The deterrent value of the petroleum reserve has been reduced.

Ole Hansen, from Saxo Bank, said the reserve is nearing the 90-day floor needed to cover severe supply shocks. “The US has been selling decent chunks for weeks. The market knows they’ll struggle to repeat this and they now look naked,” he said.

The petroleum reserve was created in 1975 after the OPEC oil embargo to cope with “disruptions of supply” but there is no such disruption today. The US Energy Information Agency itself says the market is in healthy balance.

Crude prices have risen but are not particularly high. Brent is hovering around $US80 a barrel, far below sustained levels near $US100 from 2011 to 2014, let alone the $US148 peak in mid-2008. Oil is flowing smoothly and trading close to its long-term historical average in real terms.

What America does face is near-record fuel prices at the pump, though nothing like the supply shock of the 1970s, an era when gas-guzzlers were half as efficient. Petrol has jumped 50 per cent since January to $US3.50 ($4.86) a gallon – still tame in UK terms – with the blame increasingly being laid at the foot of the White House.

Biden first tried to cajole OPEC into opening the spigot. Failing that, he has cajoled a string of states, including Britain, to join his futile attempt to buck the forces of global supply and demand. His other reflex is to seek scapegoats.

“I have asked the Federal Trade Commission to strike back at any market manipulation or price gouging in this sector. Gas supply companies are paying less and making a lot more, and they do not seem to be passing that on to consumers,” he said.

In this respect we really are back to the 1970s when president Nixon imposed price controls in a forlorn attempt to suppress inflation caused by his own government. In that instance it was the fiscal boom of the Great Society and the Vietnam War, egged on by loose money from a co-opted Federal Reserve.

The reason why US petrol prices have been rising faster than crude oil itself is because of soaring costs in the refining industry. The “crack spread” has widened. Biden’s advisers must know this, so is it unfair to suspect that he is resorting to cynical, business-bashing Peron populism in order to halt the slide in his poll ratings? Is he the Trump of the Left?

As in the early 1970s, the underlying cause of US cost inflation is the printing press of the Federal Reserve. The output gap has officially closed. There is no longer slack in the economy. Capacity constraints are visible everywhere. The jobs “quit rate” used to track tightness in the labour market has never been so high. The Atlanta Fed’s instant tracker of GDP growth for the fourth quarter is running at a blistering 8.2 per cent.

Yet the Powell Fed is still injecting stimulus. Having already gunned the broad M3 money by 30 per cent since the start of the pandemic, it continues to purchase over $US100 billion of bonds each month and continues to hold interest rates at zero. That is why inflation has soared to a 30-year high of 6.2 per cent, accelerating to an annualised 10 per cent rate last month.

Monetarists warned a year ago that the Fed was pouring rocket fuel on dry tinder, and that prices would catch fire once the economy reopened. The circumstances are nothing like the post-Lehman episode when the banks were crippled and QE was needed to head off a deflationary vortex.

Professor Tim Congdon, from the Institute of International Monetary Research (IIMR), said then that the “crushing evidence of monetary history” is that money creation on such a scale would prove highly inflationary. It was the same message from the Centre for Financial Stability in New York. They were ignored. 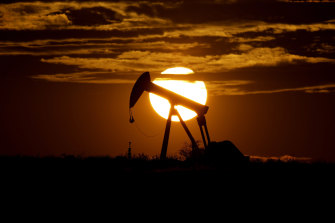 Biden’s move did nothing to slow rising oil prices.Credit:AP

The central bank fraternity and the canonical professoriate have been caught by surprise because monetary analysis has no place in their New Keynesian theories. “Money has disappeared from modern models of inflation,” said Lord King, former governor of the Bank of England.

In a speech to the IMMR last night he mocked the “King Canute theory of inflation”, the conceit that prices will remain stable because central bankers order them to behave. The tide is not impressed. “You ignore big rises in broad money at your peril,” he said.

The jury is still out on whether this inflation is the start of a 1970s wage-price spiral or a one-off rise in the price level, and therefore an opportunistic way to devalue the pandemic debt burden before the bond vigilantes wake up. I remain agnostic. But it is undeniably responsible for the surging cost of living in the US right now.

Biden’s attempt to wrestle down the oil price at a time when markets are behaving normally is in glaring conflict with his green agenda and with every word he uttered at Cop26. A higher structural price for petrol is what is required to shift psychology and accelerate the switch to electric vehicles. It acts like a carbon price.

Since current conditions do not meet the threshold of a crisis, markets should be allowed to inflict marginal demand destruction without knee-jerk political interference. Biden has failed the first test.

He is going to face a much bigger test because the world’s energy transition has been botched. Investment in upstream oil and gas exploration has collapsed from $US900 billion to $US350 billion a year since 2014, but investment in renewables has not been enough to close the deficit. There is a massive and untenable mismatch.

The $US86 trillion global economy still runs off fossil energy and will do so for a long time. We have been muddling through until now with legacy fields but these are in decline and there are no new mega-projects to replace them. We are nearing the point in the long commodity cycle when this will come back to bite us.

The vilification and legal harassment of even the best-run oil and gas companies has scared away the capital markets. The rush towards disinvestment has been indiscriminate and premature, hitting the good along with the bad. When the delayed fuse goes off in the oil markets, there will be absolutely nothing that Biden can do to hold down prices. We will see demand destruction with a fury.

25/11/2021 Economy Comments Off on The bad oil: Biden’s panicky move is a failure
Markets