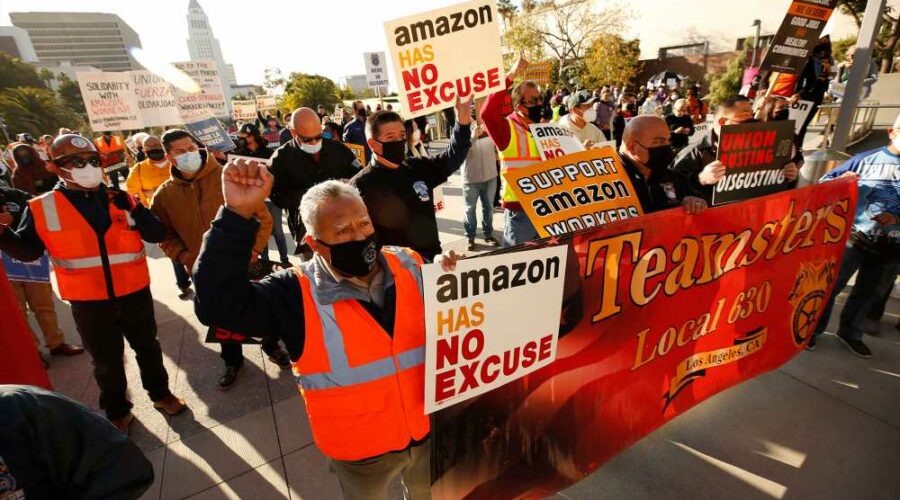 Amazon scooping up solar and wind energy projects around the world

Amazon is now facing a labor threat from the Teamsters union

It’s game on between Amazon and the Teamsters.

The powerful International of Brotherhood Teamsters union passed a resolution on Thursday to organize Amazon warehouse workers and drivers across the country in what it’s calling the “Amazon Project.”

“Amazon presents a massive threat to working-class communities and good jobs in the logistics industry,” Randy Korgan, the Teamsters’ national director for Amazon, said in a statement. “Amazon workers face dehumanizing, unsafe and low-pay jobs, with high turnover and no voice at work. Amazon workers are calling for safer and better working conditions and with today’s resolution we are activating the full force of our union to support them.”

The 1.4 million-member organization is more powerful than the Retail, Wholesale and Department Store union, which just lost a fight to organize an Amazon warehouse in Bessemer, Ala. RWDSU is appealing the Alabama vote.

The Teamsters have the heft and resources to fund multiple labor drives at the same time, say experts.

“In my more than two decades of service as Teamsters General President, I’ve yet to see a threat quite like the one Amazon presents to hardworking people, small businesses, the logistics industry and our nation’s middle class,” James P. Hoffa, president of the union, said in a statement.