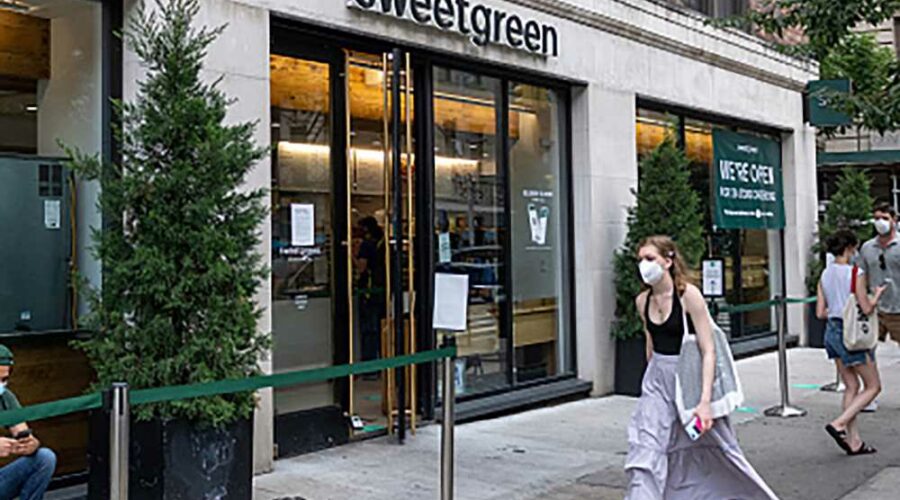 How Airbnb keeps its dirtiest secrets out of the news

Thiel-backed psychedelic drugmaker valued at $3.2B in Nasdaq debut

Salad chain sweetgreen said on Monday it had confidentially filed for an initial public offering in the US, hopeful of strong investor interest as demand for plant-based food products surges globally.

The company, which counts tennis star Naomi Osaka as its youngest investor, was valued at $1.8 billion after a funding round earlier this year, according to media reports. T.Rowe Price, Lone Pine Capital and D1 Capital Partners are among sweetgreen’s other investors.

California-based sweetgreen, which was founded in 2007 and has more than 100 stores in the US, did not reveal more details about the size of the proposed IPO.

Plant-based food companies have attracted investor attention over the past few years, particularly as more people gravitate to healthy and environment-friendly food.

Much of the demand is being led by millennials and generation Z consumers, who are more than willing to spend on sustainable products that are also healthy.

About 65 percent of Gen Z consumers are in favor of plant-based foods, sweetgreen says on its website.

Last year, plant-based retail sales in the US hit $7 billion, up 27 percent year-on-year, according to a report by the Good Food Institute and the Plant-Based Foods Association.

Sweetgreen is home to such options as the Kale Caasar, Peach Burrata, and Harvest Bowl Houson, and Cashew Pesto Sweet Potato. The chain is the brainchild of three college students looking for healthier diet options.