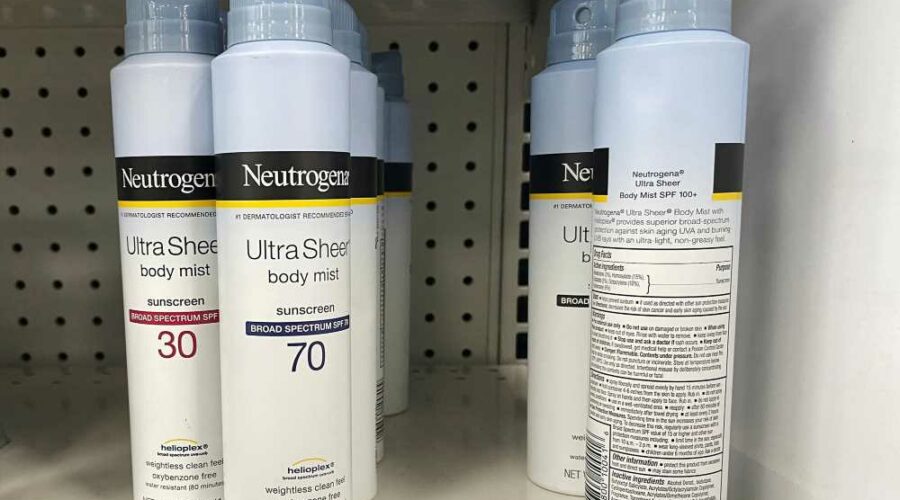 This woman’s sunburn is the hottest beach fail ever

J&J sued after recalling sunscreens due to cancer-causing chemical

A group of researchers has called on the Food and Drug Administration to pull certain popular sunscreen brands after they said they’ve found evidence of a potential cancer-causing chemical.

Craig Downs, executive director of the nonprofit Haereticus Environmental Laboratory (HEL), led researchers in a letter calling on the FDA to pull all sunscreens that contain the active ingredient octocrylene.

Downs and his team said they’ve discovered that the ingredient may degrade to benzophenone, a suspected carcinogen that can also interfere with key hormones like estrogen.

Nearly 2,400 products carrying the ingredient were on the market as of April, including well-known brands like Coppertone, Banana Boat and Neutrogena, Downs and his group said in their letter to the FDA.

The discovery of the risks of the ingredient also comes after another black mark for the sunscreen industry.

Last month, Johnson & Johnson recalled five of its Neutrogena and Aveeno spray sunscreens after the company found low levels of benzene, a cancer-causing chemical, in some samples.

The concerns over the chemical were flagged in May by an independent lab, but the company, and others that were named in the independent report, took months to act.

J&J is now the target of a class-action lawsuit seeking damages over the matter.

In the latest development, Downs and his team of researchers cited data that suggested octocrylene stayed in the human body at concerning levels and could still be detected in blood for up to 10 days.

An industry trade group has called the research misleading, but Downs said a rebuttal to the industry’s defense will be published in the scientific journal Chemical Research in Toxicology on Wednesday.

The rebuttal will compare the defense tactics of the sunscreen industry to that of big tobacco as they defended the merits of smoking.

Courtney Rhodes, a spokeswoman for the FDA, told Bloomberg that the agency “takes seriously any safety concerns raised about products we regulate, including sunscreen,” adding that it “will continue to monitor the sunscreen marketplace to help ensure the availability of safe sunscreens for U.S. consumers” while it looks into the concerns raised by the researchers.