Christmas in Melbourne will start two weeks early this year as retailers and the city council bank on a bumper spending season to kick-start the post-pandemic recovery.

But the sector’s hopes for a massive splurge by cashed-up shoppers released from lockdown just in time for Christmas are tempered by uncertainty over strained supply chains and government-imposed vaccine mandates for staff and customers. 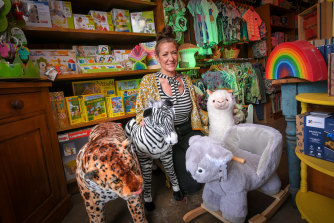 The state’s retail sector is expected to open on or around November 5, according to the state government’s road map, when 80 per cent of the adult population are double vaccinated, with the council to declare Christmas season open just seven days later.

Economists predict a huge jump in the volume of non-food sales and retail experts say there will be a massive marketing effort from the sector’s big players to shift spending from online and back into the city centres and shopping malls.

Melbourne lord mayor Sally Capp told The Age on Friday that the council was spending nearly $6 million – including more than $1 million on Christmas decorations – on its effort to entice shoppers, diners and revellers back into the CBD which has borne the brunt of the COVID shutdowns over the past 18 months.

“The festival will focus strongly on supporting our city’s retail and hospitality businesses, which have been hit hard by ongoing lockdowns and restrictions,” Cr Capp said.

“The Christmas trading season is their most important time of year, and we want to do whatever we can to entice people into the city to support them.”

Myer investors were recently told that the company’s stores were strongly stocked and ready for a big Christmas campaign this year with the focal point, the “giftorium” at the flagship Bourke Street Mall store, to be moved to its famous Mural Hall.

The retailer declined to reveal details of its festive campaign but did confirm that it was trying to hire 2500 casual employees around the country for the Christmas period.

Retail consultant Martin Ginnane said retailers had “an enormous amount” at stake in the coming months and large bricks-and-mortar outlets such as Myer and David Jones were relying on a strong Christmas sales period after two very difficult years.

“This gives the opportunity for retailers to have what that what I’d call a secure Christmas or … a Christmas that consumers can relate to,” Mr Ginnane said.

“This allows retailers to push out from just being online to return to that emotive scenario to their businesses, and major department stores and chains spend a fortune on that emotive side of things.”

The consultant tipped big retailers to lead their campaigns with electronics, cosmetics and other goods which rely heavily on in-store experience to sell.

“I think that we’ll see a very strong cosmetics Christmas because the only sales that we’ve seen in cosmetics are known products, because who’s going to buy something without smelling it?” he said.

“The major retailers are very clever, they did a lot of ordering early, so they should be OK, people like the Big Ws, will maybe just be OK for the stock inventory levels,” Ms Centorame said.

“But the smaller retailers, the ones that took a financial hit through COVID, they didn’t have the cash flow to place the orders.” 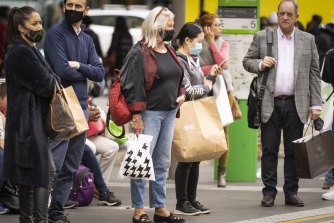 Ms Centorame warned shoppers in the market for sports or fitness equipment, cosmetics, toiletries and cars to get organised early to avoid disappointment.

Rachael Arkovits, owner of Brunswick’s Treetop Toy Shop, said the shutdowns of 2020 and 2021 had hit her business very hard but she was excited about the Christmas period.

“It’s been really tough but we got ourselves through it.

“When we reopen it’s almost like we’re opening a new business … we’re ordering lots of stuff – and I’m absolutely putting myself out there – on credit.

“We can’t afford to buy stock so we’ve made deals with suppliers, we’ve done all kinds of things.”

The toy seller acknowledged the uncertainty around the new vaccine mandates, but said she believed the pent-up desire to get back to the shops was strong enough to overcome those challenges.

“I can feel it, people are desperate for normality, they’re desperate to spend money,” she said.

“They just want to go shopping.”