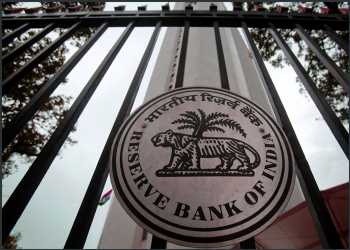 The Reserve Bank of India unexpectedly raised its key interest rate and its cash reserve ratio on Wednesday, citing a need to withdraw the Covid-19 pandemic-triggered monetary stimulus provided two years ago, amid recent acute inflationary pressures due to a global surge in food and commodity prices and the supply bottlenecks caused by the war in Ukraine.

The repo rate was raised for the first time since August 2018.

The RBI has now joined a league of central banks, facing record inflation figures, who have hiked rates and plan to tighten policy further while risking stagflation.

Australia’s central bank raised interest rates for the first time in 11 years on Tuesday. The US Federal Reserve is widely expected to tighten policy more with a 50 basis point hike later on Wednesday. The Bank of England is expected to hike rates further on Thursday.

“The MPC also decided to remain accommodative while focusing on withdrawal of accommodation to ensure that inflation remains within the target going forward, while supporting growth,” the RBI said.

The latest decision should be seen as a reversal of a 40 basis point reduction in May 2020 at the peak of the Covid-19 pandemic, Das said.

Prior to that, the central bank had cut the repo rate by 75 basis points in March 2020 as the coronavirus outbreak started.

The timing and size of the latest repo rate hike was sooner and larger than generally expected, Capital Economics economist Shilan Shah said.

“The off-kilter, bigger-than-expected hike today means that the repo rate is likely to end the year higher than our forecast of 5.00 percent,” Shah added.

The latest moves are seen as growth positive, the RBI chief added.

“The MPC is of the view that while economic activity is navigating the vortex of forces confronting the world with resilience on the strength of underlying fundamentals and buffers, the risks to the near-term inflation outlook are rapidly materializing, as reflected in the inflation print for March and the developments thereafter,” the RBI said in a statement.

“In this milieu, the MPC expects inflation to rule at elevated levels, warranting resolute and calibrated steps to anchor inflation expectations and contain second round effects.”

Indonesia’s ban of palm oil exports are expected to raise food inflation further as palm oil is a common ingredient for a plethora of food and personal care products ranging from biscuits to shampoos.

Das said the direct impact of the increases in domestic pump prices of petroleum products, since the second fortnight of March, is feeding into core inflation prints and is expected to have intensified in April.

Global dynamics such as the war in Ukraine, runaway energy price, record high food prices, supply bottlenecks due to resurgence of the pandemic, pose significant upside risks to India’s inflation trajectory set out in April.

The central bank expects the inflation figures to remain significantly high in April. Core inflation is expected to remain elevated in the coming months, reflecting high domestic pump prices and pressures from prices of essential medicines.

“There is the collateral risk that if inflation remains elevated at these levels for too long, it can de-anchor inflation expectations which, in turn, can become self-fulfilling and detrimental to growth and financial stability,” Das said.

Consequently, Das stressed the need for remaining ready with all policy tools to preserve macroeconomic and financial stability while enhancing the economy‘s resilience.

The RBI chief pointed out that the situation is dynamic and fast changing and MPC actions have to be tailored accordingly.

The next meeting of the MPC is scheduled for June 6-8.