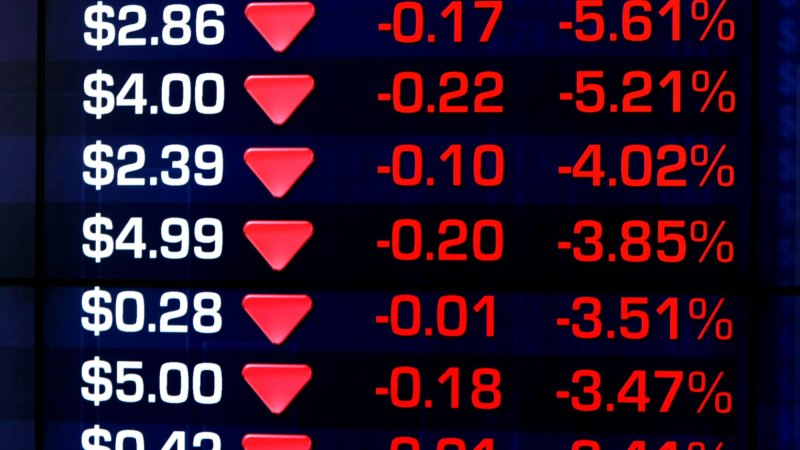 The Reserve Bank’s decision to raise official interest rates is already lowering the expectations of home buyers, sharemarket investors and those saving for their retirement of what is to come.

Future increases in the cash rate are likely to make consumers even more cautious about loading-up on mortgage debt, as well as spending less on discretionary items due to higher home-loan repayments. 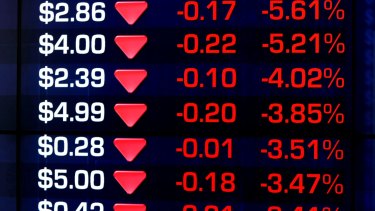 Higher interest rates are a headwind for all “growth” style investments, not just house prices.Credit:AFR

CoreLogic’s property price figures for May, to be released in early June, will be particularly interesting reading and could prove a litmus test for the future of the property market.

If recent modest falls in prices in Sydney and Melbourne pick up steam, it may be a sign – along with falling auction clearance rates and houses taking longer to sell – that analysts’ more bearish forecasts for property prices will come to fruition.

Price falls in Sydney and Melbourne could top 15 per cent, some analysts say, as home buyers’ borrowing capacity falls on the back of the rising rates.

There may not be much of a time lag between the initial increase in rates and a downward property spiral. That is because there were already affordability constraints in Australia’s two biggest property markets after the boom in prices over the past two years.

It is not only property prices where the effects of higher rates would be felt.

The Australian sharemarket appears to have taken last week’s 0.25 percentage point rise in the cash rate to 0.35 per cent to heart, with some of its weakest trading sessions seen since Russia invaded Ukraine three months ago.

The main concern of sharemarket investors is that rising rates will slow economic growth and make it harder for companies to grow their profits. Future profits of companies become less valuable when inflation is rising and investors are more restrained in what they are willing to pay to buy their shares now.

Then there is our $3.5 trillion in retirement savings. Superannuation funds have posted stellar returns for almost a decade, but future returns are likely to be subdued.

Share prices profoundly influence super fund returns, as a typical balanced fund investment option has about half of its holdings in shares.

The typical balanced option looks like being on track to end this financial year with a percentage return in the mid-single digits.

However, if pessimism on sharemarkets increases between now and June 30, returns could be even less.

Still, super should be considered a long-term investment and there is no need for panic.

SuperRatings figures show that for the 10 years to March 31, the typical average annual compound return for balanced options was 8.4 per cent. Over three years to the same date, it was 7.5 per cent.

Interestingly, but perhaps not unsurprisingly, cryptocurrencies – which have been touted as protection against rising prices and higher interest rates inside the financial system – have not been immune to the malaise.

Leading digital currencies are all well down from their record highs. The price of bitcoin has tumbled more than 20 per cent in the past month alone.

That is likely due to a sector rotation out of US technology stocks into resource companies, which tend to do better as inflation rises.

Expensive tech stocks have taken a hit as the US Federal Reserve increases interest rates, a negative for all higher risk investments, including crypto.