Former South Carolina Gov. Mark Sanford argues the U.S. is at a tipping point when it comes to debt, deficit and government spending.

Mark Sanford, who is running for the Republican presidential nomination, issued dire warnings about the financial future of the U.S.

A former two-term governor of South Carolina who also spent a combined 12 years in Congress, Sanford is making fiscal responsibility in government a central part of his campaign. The deficit is expected to top $24 trillion next year, a rise of $5.9 trillion since 2015, and the growth of spending shows no signs of slowing down.

“I don’t think we have eight to 10 years, that’s why I’m running,” Sanford told FOX Business.

He admitted trying to unseat incumbent President Trump is a Don Quixotic-like quest.

“Obviously my running is preposterous at a whole number of different levels, it’s a daunting task, an impossible David and Goliath story. But I’m running because the buddies who kept encouraging me to do so kept saying ‘You’ve invested a long number of years in your life to financial prudence and financial restraint.’ And we don’t have the luxury of waiting four years 'til the next presidential cycle to have this debate.” 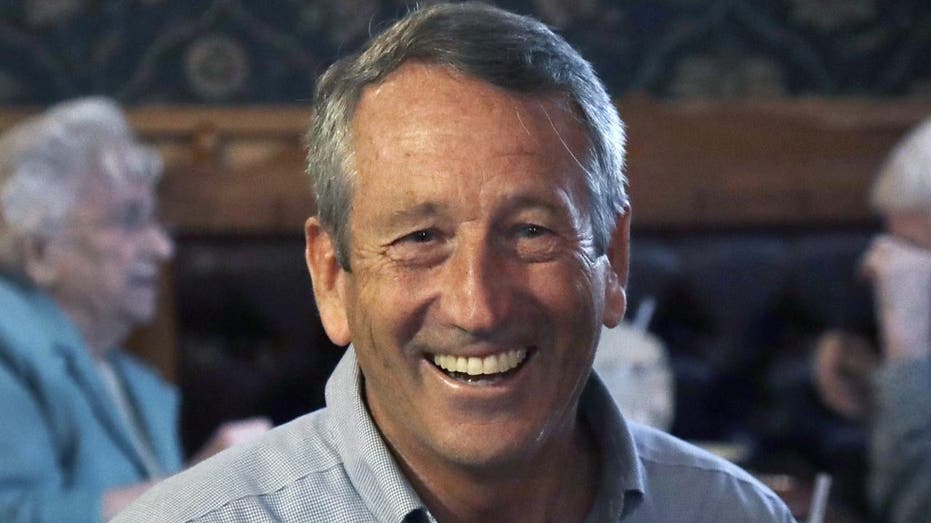 The federal budget proposed by Trump for 2020 is a record $4.746 trillion, which would increase the deficit by $1.1 trillion, according to estimates. The current federal budget for 2019 is $3.4 billion and runs a similar deficit.

“If we wait five years for the next presidential debate, the storm will already have come. I believe that they’re right, I believe we don’t have eight years,” Sanford said.

Sanford added that “our math doesn’t add up in Washington.”

He likens the current financial condition of the country to a family in the neighborhood with “an incredible lifestyle” that includes expensive vehicles and a large home. They were the envy of the neighbors with all their toys and gadget and a life of comfort.

“But then years later, there comes a financial storm and they get wiped out,” Sanford said.

"Turns out they were just jacking up the credit cards and creating the illusion of real wealth. That’s what is happening in our country right now. We’re running the largest deficits we’ve ever run in our country’s history in peace. We’ve had the largest debt relative to GDP that we’ve ever had in peace time. And not all of that is the president’s fault, I want to make it clear. It doesn’t all go at his feet; it has been accumulating for a while, but he’s not doing anything about it. He hasn’t even started the conversation."

“When he ran, he said ‘If you elect me, I will eliminate the debt over the eight years I might be in office.’ That’s what he said. Instead his own budgets propose raising the national debt by $9 billion. If you look at the assumptions behind them, they are rather hopeful, I’ll leave it at that. So the actual deficit increase will be more than $9 billion.”

A Fox News poll in mid-September had Trump with 86% of the vote. Sanford, whose candidacy was just a couple of weeks old at the time, held 2% of the vote. Joe Walsh and Bill Weld, also declared candidates for the Republican primary, each held 2% in the poll as well.

“We are living in an asset bubble, it is sort the equivalent of the 1920s which had horrific consequences in the '30s,” Sanford said.