A mere 285 days into the job, Rishi Sunak made yet more history for reasons he could have barely imagined when he became Chancellor in February. Inevitably, a record peacetime deficit of £394 billion ($535 billion) is a headline-stealer but who in truth could claim to be surprised when the state has been supporting more than a third of the workforce on and off since March?

Rather than worry about the alarming deficit figures, we should pay more heed to the Office for Budget Responsibility's verdict on the longer-term scars of the virus. 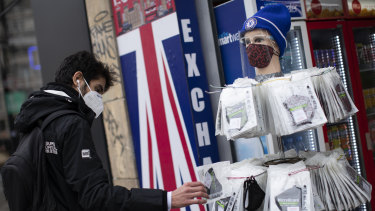 The economy has a nasty case of long COVID. The OBR has the economy 3 per cent smaller in 2025 as a result of the pandemic, meaning permanent damage of more than £60 billion. Even before the virus, uncertainty since the Brexit referendum had seen business spending flatlining since 2016.

An EU deal might partially lift the uncertainty facing businesses, but the OBR now expects cumulative business investment over the next five years to be 10 per cent lower than predicted in March, reflecting the fact that "while uncertainty recedes, it does not dissipate altogether".

It argues that post-COVID doubts over potential changes in working patterns, such as higher rates of working from home and lasting changes in consumer preferences, are likely to prompt businesses to press pause until the picture becomes clearer.

In the fiscal watchdog's view, the UK's potential growth is lower due to the productivity hit in the short term through firms having to adapt to COVID-secure measures, giving way to the longer-term blow from the fall in business investment.

The productivity blow is worsened by other supply-side factors such as the pandemic's hit to migration flows, the earlier retirement of some workers and a higher level of structural unemployment.

This has two consequences. Firstly, it means more ground to be made up through the structural deficit. The OBR puts the size of this hole in its central forecast and downside scenario at between £21 billion and £46 billion – or between 0.8 and 1.8 per cent of GDP – which will have to be filled by either tax rises or spending cuts just to keep debt stable as a share of GDP. Secondly, lower potential growth means a lower "speed limit" for the economy. 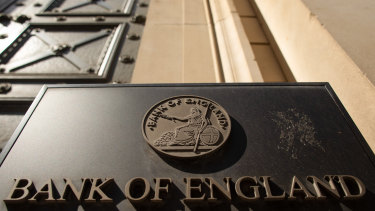 The Bank of England may now be left with less room to stimulate the economy. Credit:Bloomberg

In theory that means the Bank of England has less room to stimulate the economy before inflation worries surface.

In practice, inflation is the least of the Bank's worries and it will be hoovering up gilts throughout most of 2021.

But the Bank will not be there to prop up the Treasury forever, and the watchdog is alert to the threat of rising interest bills for the Government's swollen debt pile.

Like any set of forecasts, the only certainty about the OBR's fiscal predictions is they will be wrong.

But the direction of travel points to a reckoning ahead for a Chancellor needing to make hard choices.

The key question for 2021 is how far he dares to go in repairing the damage and returning the public finances to sustainability.