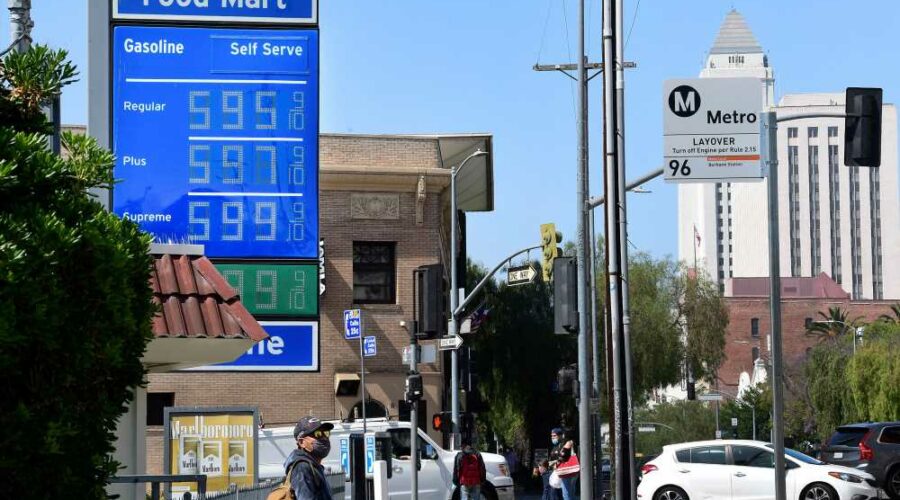 Arizona bringing back gas chamber with chemical favored by Nazis

Gas stations across the country are facing fuel shortages, driving prices to a seven-year high as more than 40 million Americans prepare to hit the road for the Fourth of July weekend.

The nationwide average price for a gallon of regular unleaded gas hit $3.09 on Monday, the highest price Americans have been asked to shell out ahead of the holiday weekend since 2014, according to data from the American Automobile Association.

AAA forecasts that 43.6 million Americans will travel by car this weekend — the most so far this year.

“Today, 89 percent of US gas stations are selling regular unleaded for $2.75 or more. That is a stark increase over last July 4 when only a quarter of stations were selling gas for more than $2.25,” said Jeanette McGee, a AAA spokesperson. “Road trippers will pay the most to fill up for the holiday since 2014.”

And there’s no sign of that cooling off, with AAA saying prices at the pump will likely continue to rise through the end of summer.

Skyrocketing prices come amid surging demand as Americans emerge from the pandemic, as well as a shortage of tank truck drivers — leaving some stations in various pockets of the country short on fuel, according to Patrick DeHaan, spokesperson for GasBuddy.

There are now reports of stations running dry or dangerously low as shipments are delayed in the Pacific Northwest, Northern California, Colorado and Iowa as well as Indianapolis and Columbus, Ohio.

“It used to be an afterthought for station owners to schedule truck deliveries. Now it’s job No. 1,” Tom Kloza, global head of energy analysis for the Oil Price Information Service, which tracks prices for AAA, told CNN.

“What I’m worried about for July is the increased demand works out to about 2,500 to 3,000 more deliveries needed every day. There just aren’t the drivers to do that.”

A nationwide shortage of truck drivers is causing problems throughout the economy as retailers, restaurants and other businesses all grapple with a struggling supply chain.

But it takes special qualifications to drive the tank trucks that transport gasoline, making it all the more difficult to move fuel across the country.

The National Tank Truck Carriers, the industry’s trade group, estimates that between 20 percent and 25 percent of tank trucks nationwide are parked due to a shortage of qualified drivers, CNN reported.

“We’ve been dealing with a driver shortage for a while, but the pandemic took that issue and metastasized it,” Ryan Streblow, executive vice president of the NTTC, told the outlet. “It certainly has grown exponentially.”

GasBuddy’s DeHaan told CNN that the number of stations running low on fuel appears to be growing, though he noted it’s difficult to get a precise count since the impact is being felt in various parts of the country.

“It’s hard to predict where the challenges are,” he told the outlet. “It’s just randomized pockets in cities both small and large.”

“I don’t think demand has reached a peak yet,” he added.