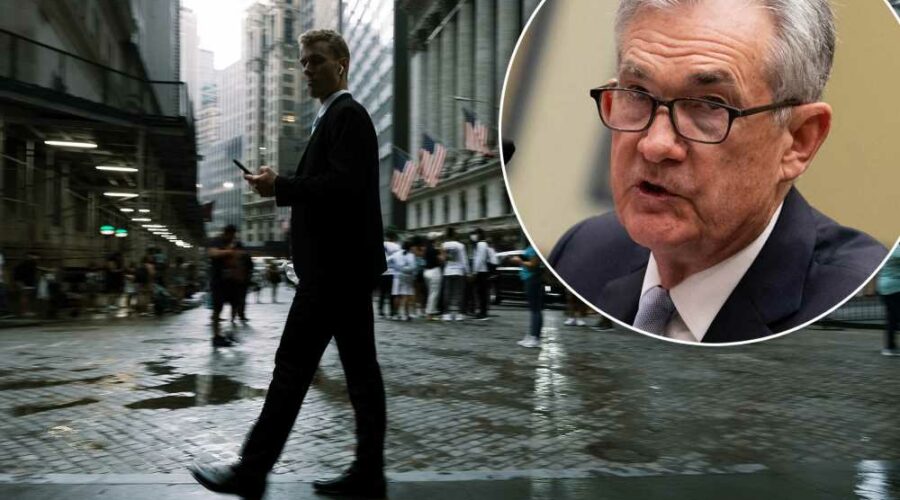 Inflation will only get worse if Dems’ $6T spending plan passes

Inflation surged in June: Here’s how it may impact your wallet

Federal Reserve Chairman Jerome Powell on Wednesday stuck to his position that inflation is temporary even as new data stoked concerns among Wall Street big wigs that higher prices could be here to stay.

“Inflation has increased notably and will likely remain elevated in coming months before moderating,” Powell said in prepared testimony that will be delivered later Wednesday before the House Financial Services Committee.

A strong rebound in demand led by Americans emerging from the pandemic has collided with pandemic-related production bottlenecks and shortages to send prices soaring, Powell said.

But, he argued, those price increases “should partially reverse as the effects of the bottlenecks unwind.”

He added that latest inflation data appears more severe than it is because the numbers are being compared with that from 12 months ago, when the pandemic had gutted the economy and pushed prices lower.

Powell has repeated that the current inflationary pressures throughout the economy are temporary and said that’s why the Fed won’t taper its ultra-easy monetary policy.

But on Tuesday, the Labor Department announced that its Consumer Price Index, which measures a basket of goods and services as well as energy and food costs, jumped a whopping 5.4 percent in June from a year earlier, the fastest pace in almost 13 years.

Beneath the headline number, some of those price hikes appear to be caused by temporary bottlenecks such as used cars, which surged more than 10 percent from 12 months ago, and airline fees, which rose 2.7 percent, as they saw demand rebound last month.

Other price hikes, such as housing, which rose 2.6 percent from a year ago, could be signs that the inflationary prices are creeping into parts of the economy where rising costs might not be able to reverse.

That has some on Wall Street concerned that inflation isn’t going anywhere.

“I worry about inflation. I do not believe inflation is going to be transitory,” BlackRock CEO Larry Fink told CNBC on Wednesday. Instead, he said, “It’s going to be more systematic over time.”

“How the Federal Reserve and how other central banks navigate that is going to be very important,” he added.

Jamie Dimon, CEO of JPMorgan Chase, questioned the Fed’s take on inflation, too.

“Inflation could be worse than people think. I think it’ll be a little bit worse than what the Fed thinks. I don’t think it’s only temporary,” he said on the bank’s post-earnings conference call with investors Tuesday.

“I respectfully disagree with him on his not being concerned,” Mnuchin told CNBC, speaking about Powell and inflation. “It’s important for the Fed to get ahead of the curve so that we don’t end up with 4 percent or 5 percent interest rates … the Fed has to normalize.”

Various consumer-goods companies have also told investors recently that they see some further price hikes coming in the next few months.

“Is there somewhat more inflationary pressures out there? There is,” he said. “Are we going to be pricing to deal with it? We certainly are.”