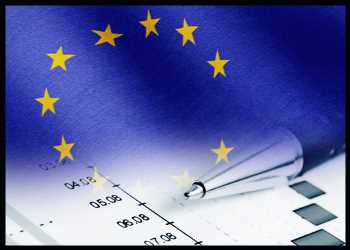 Euro area economic confidence recovered in June for the first time in four months, though investors remained pessimistic despite improvement in their assessment of the current situation and outlook, results of a closely-watched survey showed Tuesday.

The economic index climbed to -15.8 from -22.6 in May, the survey by the behavioral research institute Sentix showed Tuesday. Economists had forecast a score of -20.

The survey was conducted from June 2 to 4 among 1,225 investors.

“What is clear is that the real economy is not suffering as quickly and as severely from phenomena such as rising inflation and supply chain problems as one might have suspected,” Sentix said.

“While consumers are already suffering much more from rising prices, many companies are still benefiting from inflation-related pull-forward effects.”

Several companies have also been able to pass on the burden of rising costs to the customers, the Frankfurt-based Sentix said.

That said, Sentix expects this to be a finite phase and said once consumers start cutting back on spending, companies’ ability to pass on costs would come to an end.

“In addition, there is a foreseeable change in monetary policy, which could also become more restrictive in the Eurozone from July,” Sentix said.

However, the institute views it positive as the Sentix topic barometer signaled that the inflation peak should have been passed for the time being.

The investor sentiment index for Germany gained 12.8 points amid improvement in both current assessment and expectations.