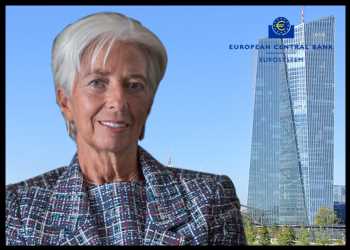 European Central Bank President Christine Lagarde confirmed on Thursday that asset purchases would end in the third quarter, but avoided saying exactly when the bank would raise interest rates, as the economic outlook remains clouded with high uncertainty stemming from the war in Ukraine and runaway inflation.

Earlier on Thursday, the ECB confirmed that it will end net asset purchases under our asset purchase programme (APP) in the third quarter, but did not give an exact date, citing incoming data since the March policy session.

“Looking ahead, our monetary policy will depend on the incoming data and our evolving assessment of the outlook,” Lagarde said in her introductory statement to the post-decision press conference, which this time was a live virtual session from her home as she is recovering from a Covid-19 infection.

“In the current conditions of high uncertainty, we will maintain optionality, gradualism and flexibility in the conduct of monetary policy.”

The ECB chief noted that several factors signal slow growth in the period ahead and the downside risks to the growth outlook in the euro area have increased substantially due to the war in Ukraine.

Energy prices are expected to remain high in the near term. Food prices are also set to increase further due to high transportation and production costs, specifically the price of fertilizers, and all these are partly linked to the war in Ukraine.

Lagarde said it was uncertain how persistent the rise in these inflation indicators will be, given the role of temporary pandemic-related factors and the indirect effects of higher energy prices.

The upside risks surrounding the inflation outlook have also intensified, especially in the near term, Lagarde said. That said, if demand were to weaken over the medium term, it would lower pressure on prices, she added.

“We are very attentive to the current uncertainties and are closely monitoring the incoming data in relation to their implications for the medium-term inflation outlook,” Lagarde said.

Economists are of the view that Eurozone is entering a period of stagflation, that is a time of weakening growth and rising inflation.

“While the slightly dovish tone of today’s communications suggests that a first rate hike in July is a bit less likely than we had thought, we think a July lift-off is still plausible,” Andrew Kenningham, the chief Europe economist at the research firm, said.

Capital Economics continues to hold the view that the ECB will make three 25 basis-point rate hikes this year, to bring the deposit rate into positive territory, followed by a further five next year.

ING economist Carsten Brzeski said the ECB usually tries to link its decisions to macroeconomic projections from its staff and the next set is due in June.

“We expect the ECB to stop net asset purchases in July and start hiking interest rates in September,” Brzeski said.