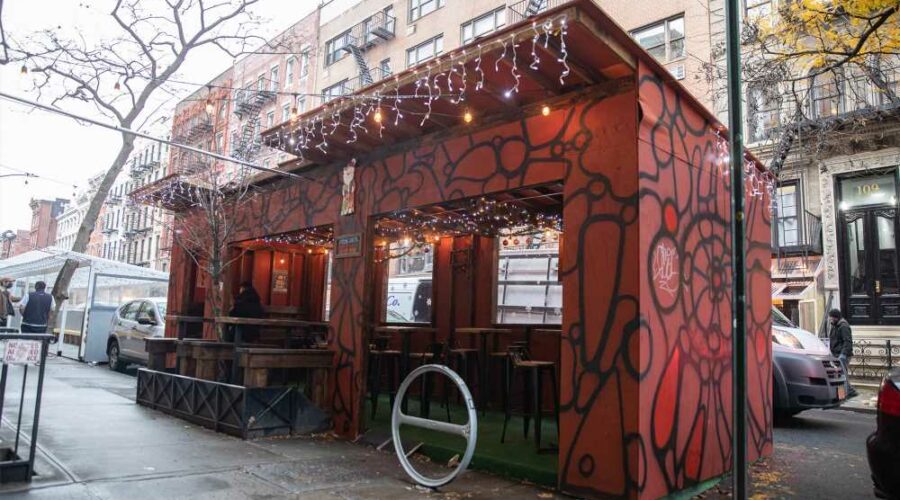 The pandemic has hit East Village restaurants harder than any other Big Apple neighborhood — and the neighborhood’s hard-partying reputation is to blame, sources said.

At least 55 restaurants have permanently closed in the East Village since the pandemic hit last March — more than double the number of restaurant closings elsewhere in the city, according to The Infatuation, a Web site that‘s been tracking pandemic closings.

The problem, sources say, is that the East Village — sometimes referred to the city’s version of “Bourbon Street” — boasts a young, late-night crowd that spends more money on booze than food, which means it was hit first by the lockdowns and then by the curfews, which now end at the geriatric hour of 11 p.m.

“There are more liquor licenses per square block in the East Village than anywhere else in New York, and when you destroy the liquor business, you can’t survive,” said restaurateur Stratis Morfogen.

“The neighborhood is filled with college students and first-time apartment owners — people in their twenties who don’t sit down to eat until after midnight. Pizzerias stay open here until 7 a.m. In most neighborhoods, food is 75 percent and liquor is 25 percent. In the East Village, it’s the opposite. Liquor is a vital part of the East Village’s restaurant business and it has been crushed by the curfew,” Morfogen said.

Nevertheless, Morfogen has signed a lease to open an outpost of his automated Brooklyn Dumpling Shop at 131 First Avenue because he believes in the neighborhood even though he thinks it will take a long time to recover from the pandemic.

“They would have been one of the first neighborhoods to recover if it wasn’t for the curfew, since it is easier to serve drinks than food. Now it will be one of the last,” he said.

Some of the city’s most iconic East Village hot spots have closed permanently as a result, including Gem Spa, a candy store since the 1920s and quite possibly the birthplace of New York’s egg cream — a fizzy soda with chocolate syrup that contains neither eggs nor cream and has become part of the city’s urban history.

Other closings include beloved institutions like Jewel Bako, Jules Bistro and The Mermaid Inn.

The original Coyote Ugly, known for having its bartenders and customers dancing on the bar and the inspiration of a 2001 film with the same name, also shut down permanently last September after 28 years in business.

“It’s heartbreaking what is happening to all these bars and restaurants. In the next week it will signal a full year that Coyote Ugly NYC has been closed,” the bar’s owner/founder, Liliana Lovell told Side Dish, adding that “high rents” was a major factor in her decision to close for good after first being shuttered by the lockdowns.

The owner of Gem Spa has also reportedly blamed high rents. But while rents vary from block to block, restaurant broker James Famularo, president of Meridian Retail Leasing, notes that East Village rents average around $150 a square foot, or “in-line” with the rest of the city excluding high rent neighborhoods like Madison Avenue and Times Square.

The bigger problem, Famularo said, is that the area’s young residents — who liked to cram into small apartments with multiple roommates pre-pandemic — fled the city to move back in with their parents.

Still, Ismael Alba, who cooked for Pope Francis when he was in town in 2015, insists he was only able to survive because he owns the building where his Argentinian restaurant Buenos Aires is located.

“How can a restaurant that has been closed, with no outdoor space, pay $35,000 a month in rent? PPP money only goes so far,” said Alba, who also pivoted to sell imported goods, like Argentine meat, to stay afloat.

Alba added, however, that he believes that the East Village will thrive again soon enough, thanks to its tight-knit community.

“The East Village is like a fraternity,” he said. “Everyone helps each other. If someone runs out of napkins, I give them. We lend things back and forth.”