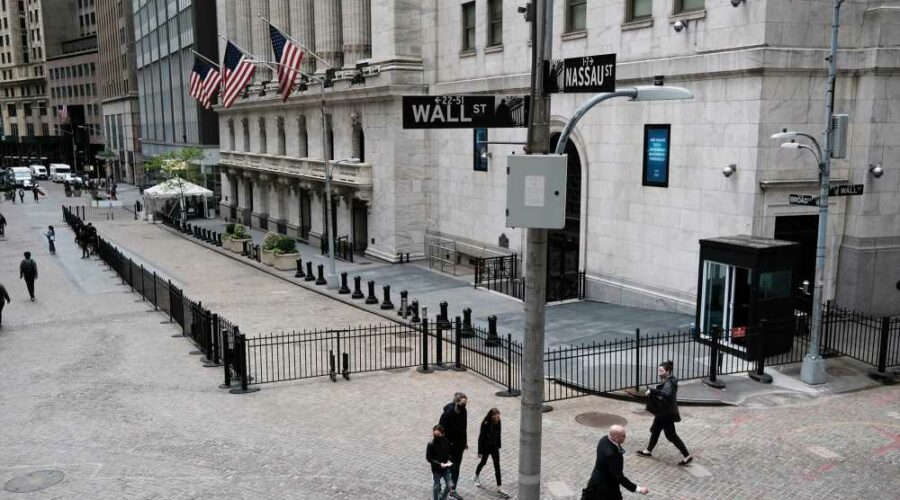 How SEC boss should deal with ‘meme’ stock schemes

Stocks plunged on Friday with the Dow Jones Industrial Average on pace for its worst week since January after a Federal Reserve official said the next interest rate hike could come as soon as next year.

The Dow dropped more than 500 points before recovering some of those losses and was last seen trading almost 400 points, or 1.1 percent, lower. It’s fallen more than 3 percent this week.

Policy makers signaled on Wednesday that they expect the initial rate hike to be in late 2023, sooner than most members expected at the Fed’s meeting in March.

But St. Louis Federal Reserve President James Bullard called the revised timeline “hawkish” and said on CNBC Friday that he sees the Fed increasing rates by the end of next year amid white-hot inflation.

The broader Federal Open Market Committee on Wednesday revised its forecasts, raising expectations for inflation to 3.4 percent, up from 2.4 percent predicted in March.

The committee also increased its outlook for GDP growth to 7 percent from 6.5 percent.

“Overall, it’s very good news,” Bullard said of the trajectory of the US economy. “You love to have an economy growing as fast as this one, you love to have a labor market improving the way this one has improved.”

While the labor market has made strides since last year, more than 3.5 million people still remain on traditional state unemployment benefits and the jobs recovery hasn’t gone as smoothly as some economists had hoped earlier this year.

And the slower-than-hoped recovery comes even as job openings in the US hit a record high of 9.3 million in April, according to the Labor Department

Bullard noted, though, that the rapid economic recovery is bringing faster-than-expected inflation. Fed officials had previously said they would let inflation remain slightly higher than 2 percent as the economy reopens.

Bullard said he expects to see inflation running at 3 percent this year and 2.5 percent next year before falling back to the Fed’s target of 2 percent.

“If that’s what you think is going to happen, then by the time you get to the end of 2022, you’d already have two years of two-and-a-half to 3% inflation,” Bullard said. “To me, that would meet our new framework where we said we’re going to allow inflation to run above target for some time, and from there we could bring inflation down to 2% over the subsequent horizon.”