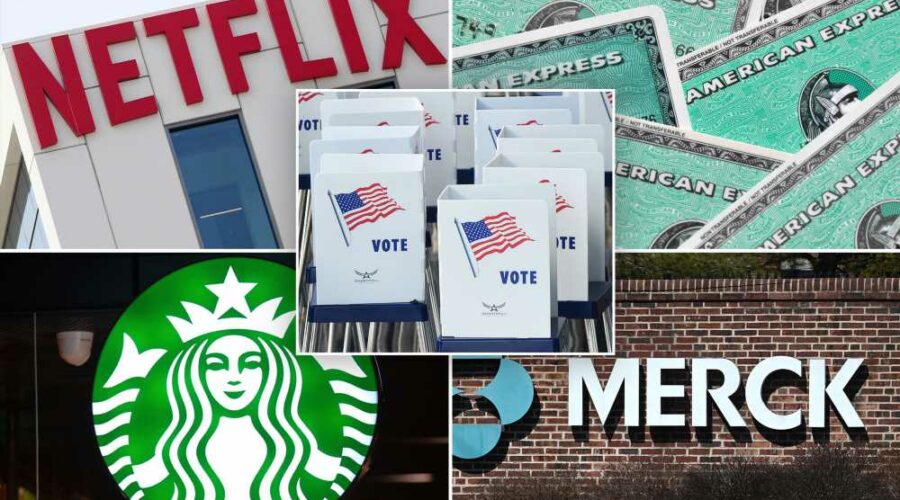 Media cheers a return to the failed Iran deal: Goodwin

Hundreds of companies, big-name executives and celebrities signed onto a statement Wednesday condemning bills that would make it harder for Americans to vote.

The statement calling voting “the lifeblood of democracy” is corporate America’s latest salvo against election restrictions that Republicans have passed or proposed in states such as Georgia, Michigan and Texas.

The signatories include more than 100 major US companies from Wall Street stalwarts such as BlackRock and Goldman Sachs to Silicon Valley titans like Apple and Facebook as well as Hollywood giants such as ViacomCBS and United Talent Agency.

Some of those firms’ CEOs signed the statement as individuals alongside others whose companies did not add their names as institutions, including Berkshire Hathaway legend Warren Buffett and Citigroup chief Jane Fraser.

“We should all feel a responsibility to defend the right to vote and oppose any discriminatory legislation or measures that restrict or prevent any eligible voter from having an equal and fair opportunity to cast a ballot,” the statement reads.

Merck CEO Ken Frazier and former American Express chief Ken Chenault — two of the nation’s most prominent black executives — pulled the statement together after recruiting other African-American business figures to condemn a restrictive voting law in Georgia that they said would disproportionately harm black voters, according to The New York Times, which first reported on the effort.

Wednesday’s statement — which appeared as a print ad in the Times and The Washington Post — did not mention any specific states where such bills have been proposed.

Leaders of some corporations that signed had previously spoken out against voting measures in states where they’re headquartered, such as Texas-based Dell Technologies and Michigan’s General Motors.

But Atlanta-based Coca-Cola and Delta Air Lines were noticeably absent after their CEOs’ condemnations of Georgia’s new law drew ire from Republicans such as ex-President Donald Trump, who called for a boycott of the companies earlier this month.

Some Atlanta companies decided not to sign the new statement because of the criticism they received but also because they didn’t feel it was necessary given that they had spoken up before, the Times reported, citing people involved in the process.